The New Zealand dollar outperforms its major counterparts following the U.S. holiday, with recent price action highlighting the scope for a larger rebound in NZD/USD as it carves a fresh series of higher highs & lows. 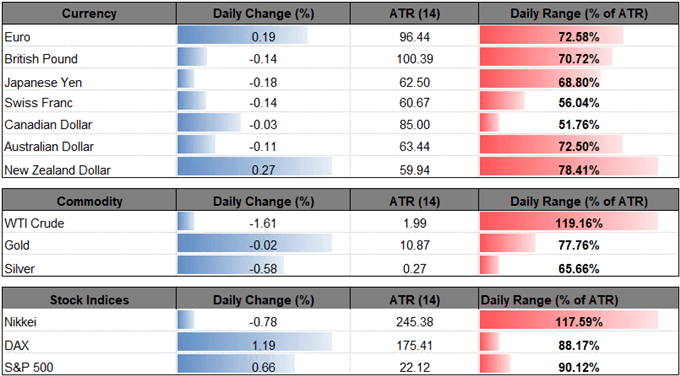 NZD/USD pares the sharp decline from earlier this week even as the Federal Open Market Committee (FOMC) Minutes warn of additional rate-hikes, and the monthly opening range is in focus for the kiwi-dollar exchange rate as it comes off the 2018-low (0.6688).

The FOMC Minutes suggest the central bank will continue to normalize monetary policy over the coming months as ‘members viewed the recent data as consistent with a strong economy that was evolving about as they had expected,’ and Chairman Jerome Powell and Co. may continue to prepare U.S. households and businesses for higher borrowing-costs as ‘participants viewed recent price developments as consistent with their expectation that inflation was on a trajectory to achieve the Committee's symmetric 2 percent objective on a sustained basis.’

With that said, the deviating paths for monetary policy casts a long-term bearish outlook for NZD/USD especially as the Reserve Bank of New Zealand (RBNZ) remains in no rush to lift the official cash rate (OCR) off of the record-low, and but recent price action raises the risk for a larger rebound in the exchange rate as it carves a fresh series of higher highs & lows, while the Relative Strength Index (RSI) comes off of oversold territory and flashes a textbook buy-signal as the momentum indicator crosses back above 30. Sign up and join DailyFX Currency Analyst David Song LIVE for an opportunity to discuss potential trade setups! 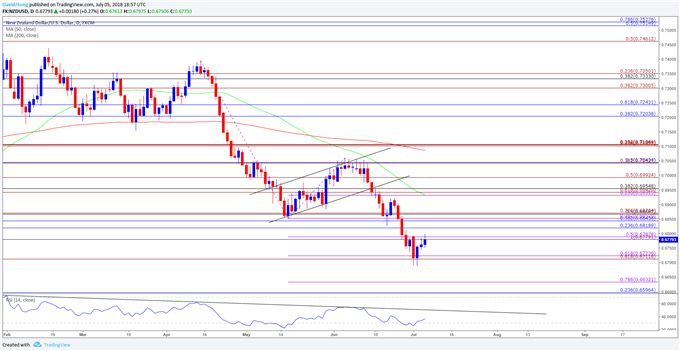