USD/JPY appears to be making another attempt to test the May-high (111.40) as it extends the bullish sequence from earlier this week, but the limited reaction to the fresh data prints coming out of the U.S. economy may foster range-bound conditions amid easing expectations for four Fed rate-hikes in 2018. 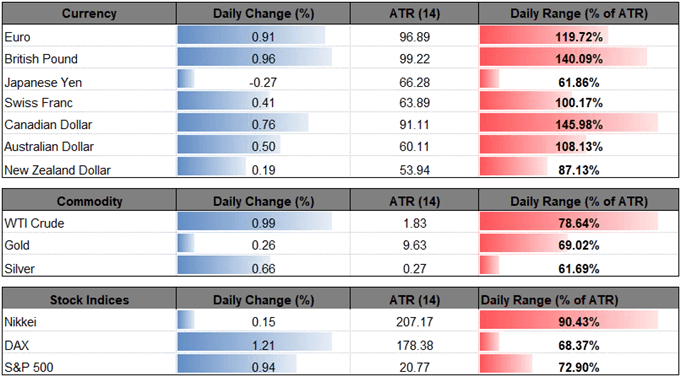 The recent developments may do little to alter the outlook for monetary policy as U.S. Personal Spending increases 0.2% in May versus projections for a 0.4% print, while the core Personal Consumption Expenditure (PCE), the Fed’s preferred gauge for inflation, climbs to an annualized 2.0% from 1.8% in April.

Even though the Federal Open Market Committee (FOMC) appears to be on course to further normalize monetary policy over the coming months, slowing consumption paired with heightening price pressures may cast a weakened outlook for the economy as it impedes on the purchasing power for U.S. households and businesses. Moreover, the growing threat of a global trade war may become a growing concern for the central bank as Atlanta Fed President Raphael Bostic, a voting-member on the 2018 FOMC, warns business contacts within the sixth district of the Federal Reserve system are ‘extremely concerned about the prospects of a trade war.’ 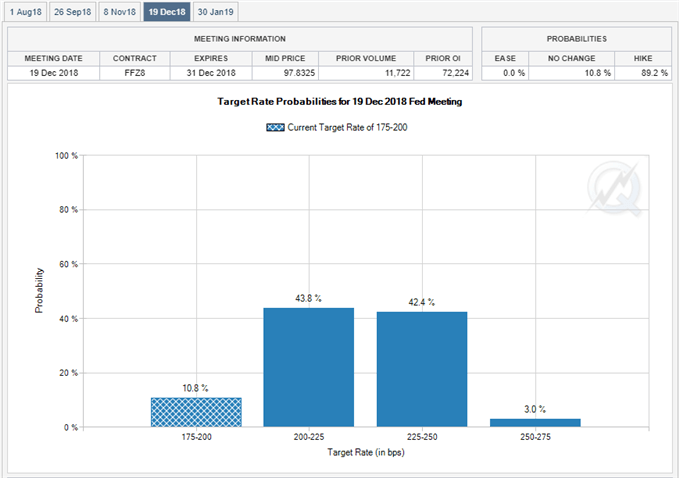 With that said, Chairman Jerome Powell and Co. may continue to project a neutral Fed Funds rate of 2.75% to 3.00% as ‘the Committee expects that further gradual increases in the target range for the federal funds rate will be consistent with sustained expansion of economic activity, strong labor market conditions, and inflation near the Committee's symmetric 2 percent objective over the medium term,’ and the limited scope for an extended hiking-cycle may produce range-bound conditions in USD/JPY especially as the Bank of Japan (BoJ) pledges to alter its monetary policy outlook in fiscal year 2019.

Keep in mind, the broader outlook for USD/JPY remains constructive as both price and the Relative Strength Index (RSI) track the upward trends from earlier this year, but the pair may largely consolidate ahead of the next FOMC meeting on August 1 amid the string of failed attempts to test the May-high (111.40). 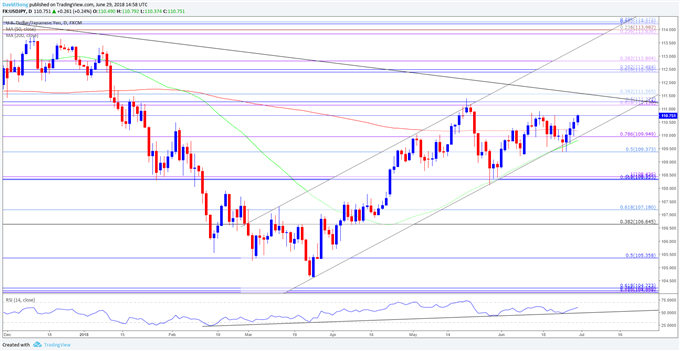 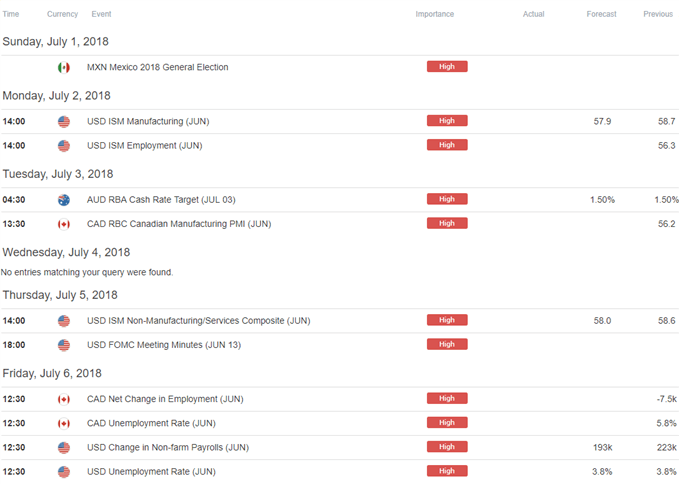