Gold prices appear to be on track to test the December-low ($1236) despite the growing threat for a global trade war, and current conditions may keep bullion under pressure as the reach for yield dampens the appeal of the precious metal. 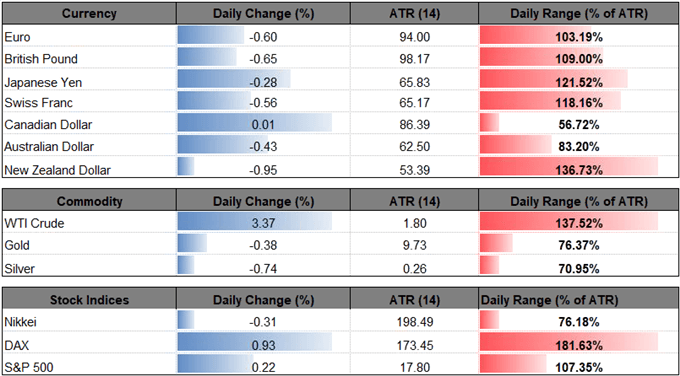 Market participants appear to be dumping gold as the U.S. dollar appreciates against its major counterparts, and the precious metal is likely to face headwinds throughout the second-half of the year as the Federal Open Market Committee (FOMC) shows a greater willingness to implement four rate-hikes in 2018.

The Fed’s hiking-cycle may continue to weigh on gold prices as the central bank is widely anticipated to deliver another 25bp rate-hike in September, and it seems as though Chairman Jerome Powell and Co. will take further steps to normalize monetary policy in 2019 as ‘gradually returning interest rates to a more normal level as the economy strengthens is the best way the Fed can help sustain an environment in which American households and businesses can thrive.’

With that said, recent price action highlights the risk for further decline as a death-cross unfolds, with the 50-Day & 200-Day SMA highlighting a similar slope as they cross over, and the bearish momentum certainly appears to be gathering pace as the Relative Strength Index (RSI) pushes deeper into oversold territory. 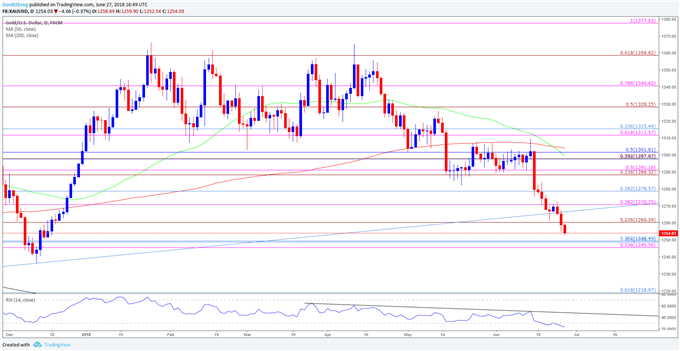 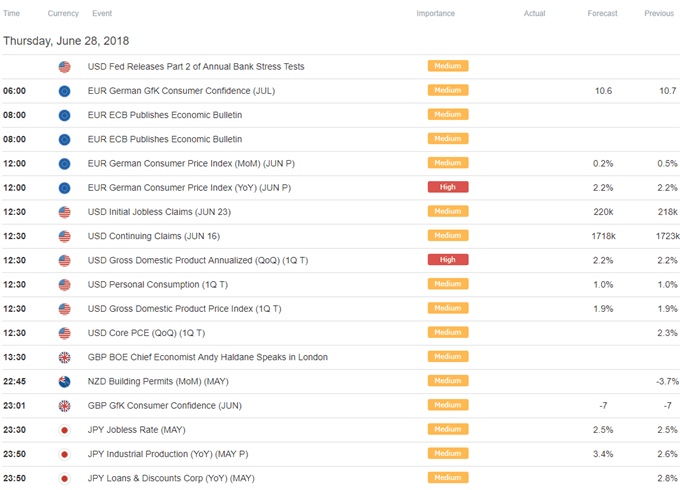