The British Pound trades on a firmer footing ahead of the Bank of England’s (BoE) June 21 interest rate decision, but the neutral stance for monetary policy may drag on GBP/USD as market participants scale back bets for an imminent rate-hike. 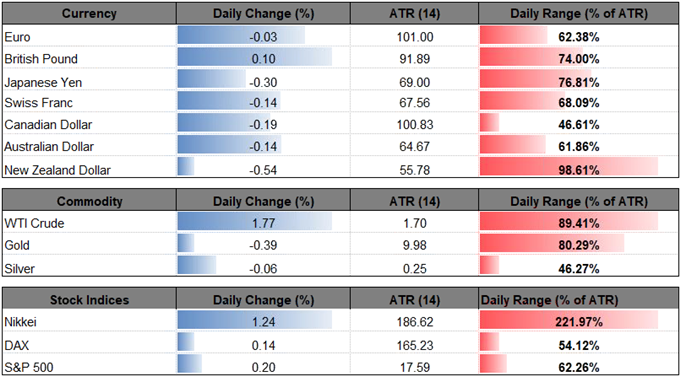 GBP/USD bounces back from a fresh weekly-low (1.3148) as the U.K. House of Commons votes 319 to 303 to block an amendment to the Brexit Bill that would broaden the powers of parliament if the region fails to reach an agreement with the European Union (EU), but more of the same from the Monetary Policy Committee (MPC) may produce headwinds for the British Pound as the central bank appears to be in no rush to implement higher borrowing-costs.

The BoE is widely expected to keep the benchmark interest rate at 0.50% as ‘the preliminary estimate of GDP growth in the first quarter was 0.1%, 0.3 percentage points lower than expected in February,’ and the central bank may continue to endorse a wait-and-see approach for the foreseeable future as ‘the inflation rates of the most import-intensive components of the CPI appear to have peaked.’ In turn, more of the same from the BoE may fuel the recent series of lower-highs in GBP/USD, with the pair at risk of extending the decline from earlier this month if the BoE tames expectations for a rate-hike at the next quarterly meeting in August.

However, the British Pound may face a more bullish fate if Governor Mark Carney & Co. show a greater willingness to raise the benchmark interest rate in the second-half of 2018, and a batch of hawkish rhetoric may prop up GBP/USD over the days ahead as the central bank embarks on its hiking-cycle. 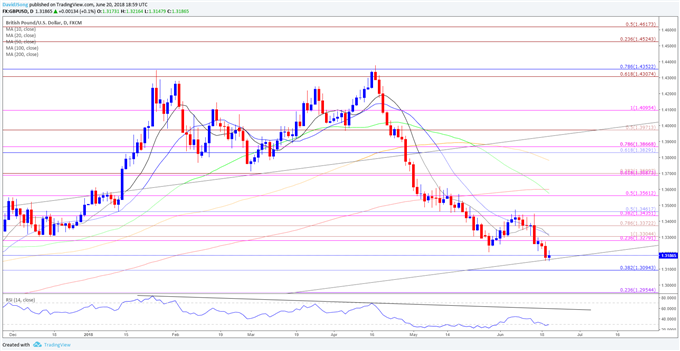 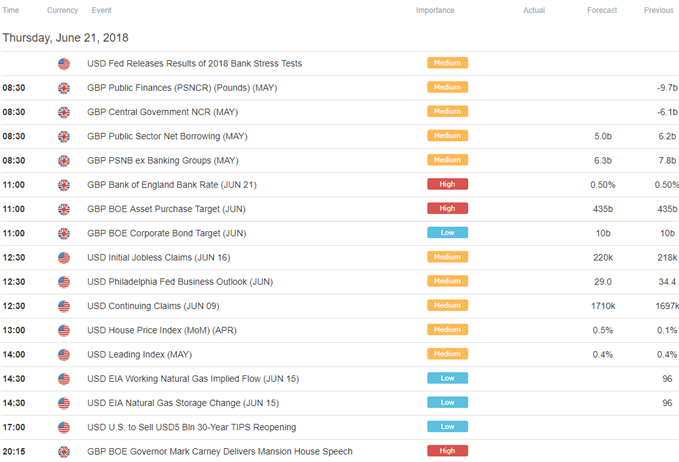