EUR/USD quickly retraces the decline following the 25bp rate-hike from the Federal Open Market Committee (FOMC), with the exchange rate at risk of staging a more meaningful rebound over the remainder of the week if the European Central Bank (ECB) unveils a more detailed exit-strategy. 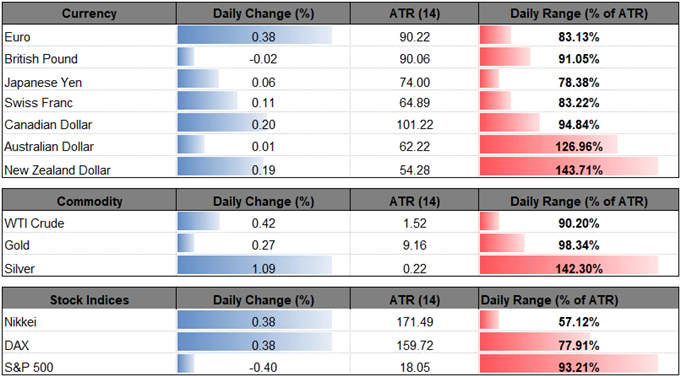 Even though the FOMC appears to be on track to implement four rate-hikes in 2018, the fresh updates from Chairman Jerome Powell and Co. suggest the central bank is in no rush to extend the hiking-cycle as officials continue to project a longer-run neutral Fed Funds rate of 2.75% to 3.00%.

At the same time, it seems as though the Fed will tolerate above-target price growth for the foreseeable future as ‘indicators of longer-term inflation expectations are little changed,’ and the static forecasts paired with the moderately hawkish tone appears to be sapping the appeal of the greenback as the FOMC tames bets for a more aggressive normalization cycle.

With that said, attention now turns to the ECB meeting as the Governing Council is also slated to present its updated economic assessment, and the fresh rhetoric from President Mario Draghi and Co. may heighten the appeal of the single currency if the central bank shows a greater willingness to move away from its easing-cycle. The ECB may prepare European households and businesses for a less accommodative stance as the quantitative easing (QE) program is set to expire in September, and the Governing Council may taper asset-purchases ahead of the deadline as ‘the underlying strength of the euro area economy continues to support our confidence that inflation will converge towards our inflation aim of below, but close to, 2% over the medium term.’

However, the ECB may merely try to buy more time as ‘an ample degree of monetary stimulus remains necessary for underlying inflation pressures to continue to build up and support headline inflation developments over the medium term,’ and more of the same from the ECB is likely to drag on the euro exchange rate as the central bank keeps the door open to further support the monetary union. 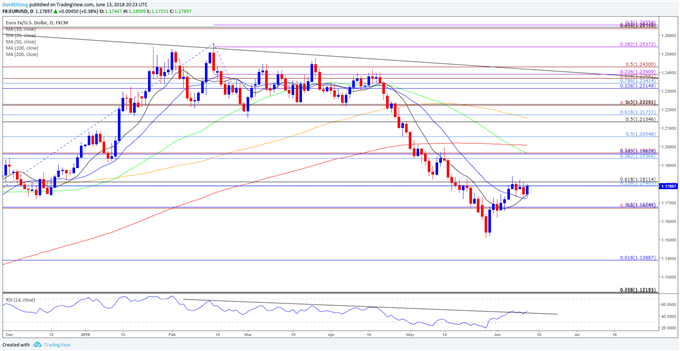