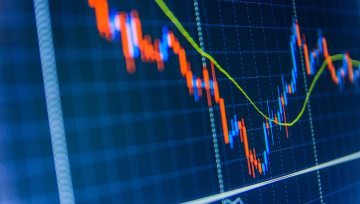 AUD/USD pullbacks back from the weekly-high (0.7677) as Australia’s Trade Balance surplus narrows more-than-expects in April, but recent price action raises the risk for a larger recovery as the exchange rate breaks out of narrow range. 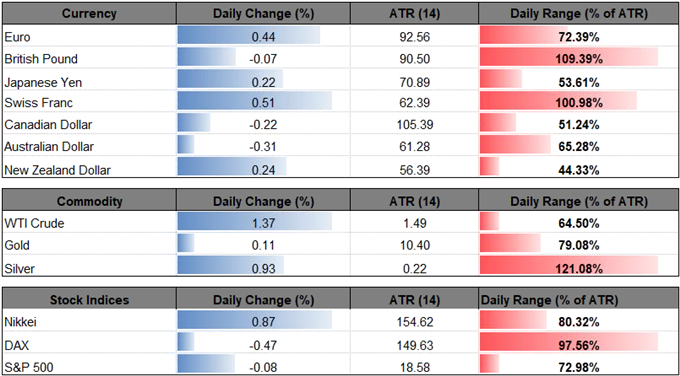 The Australian dollar is back under pressure as the region’s trade balance surplus slips to A$977M from a revised A$1731M in March, and the lackluster development may keep the Reserve Bank of Australia (RBA) on the sidelines at the next meeting in July as officials express ‘concerns about the direction of international trade policy in the United States and economic developments in a few emerging market economies.’

In light of the recent remarks, it seems as though the RBA will continue to tame expectations for an imminent rate-hike as ‘household income has been growing slowly and debt levels are high,’ but Governor Philip Lowe and Co. may gradually change their tune in the second-half of 2018 as ‘members agreed that it was more likely that the next move in the cash rate would be up, rather than down.’ With that said, the RBA’s wait-and-see approach for monetary policy turns the focus to the Federal Open Market Committee (FOMC) interest rate decision on tap for June 13 especially as the central bank is widely anticipated to deliver a 25bp rate-hike. 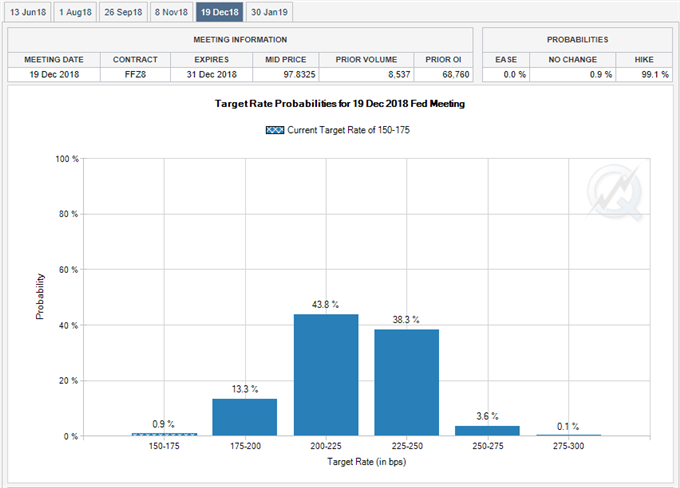 Keep in mind, the fresh updates from Chairman Jerome Powell and Co. may heavily influence the near-term outlook for the U.S. dollar exchange rates as the FOMC pledges to phase out the forward-guidance for monetary policy, and limited bets for four rate-hikes in 2018 may keep AUD/USD afloat ahead of the Fed meeting as officials continue to project a longer-term neutral rate of 2.75% to 3.00%.

Moreover, AUD/USD may continue to threaten the downward trend from earlier this year as the pair breaks out of the previous week’s range, but failure to clear trendline resistance raises the risk for choppy conditions as market participants gear up for the FOMC rate decision next week. 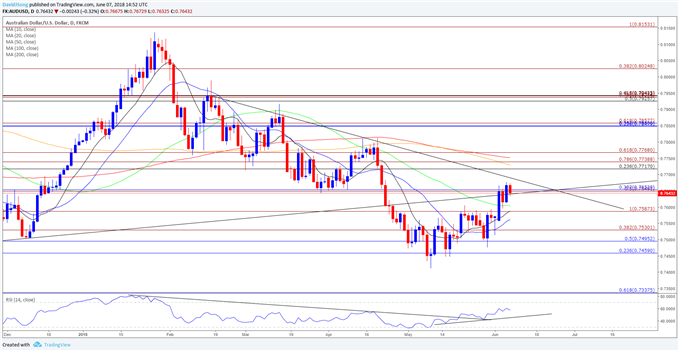