The Japanese Yen lags behind its major counterparts, with USD/JPY attempting to retrace the sharp decline from earlier this week, but recent price action raises the risk for a further decline in the exchange rate as it snaps the range from earlier this month. 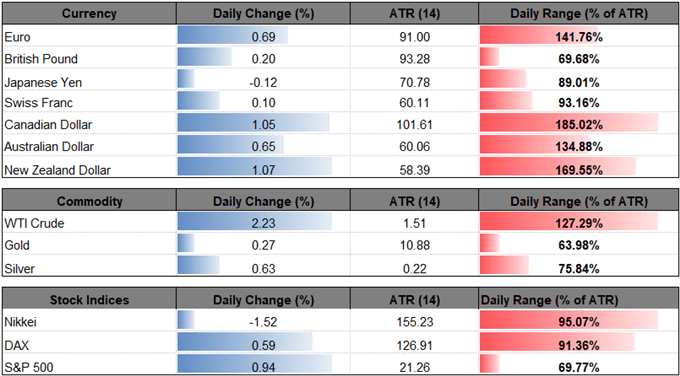 Fresh data prints coming out of the U.S. economy appear to be weighing on U.S. Treasury Yields as the ADP Employment figures fell short of market expectations, while updates to the 1Q Gross Domestic Product (GDP) report showed an unexpected downward revision in the core Personal Consumption Expenditure (PCE), the Fed’s preferred gauge for inflation, to an annualized 2.3% from an initial print of 2.5%. 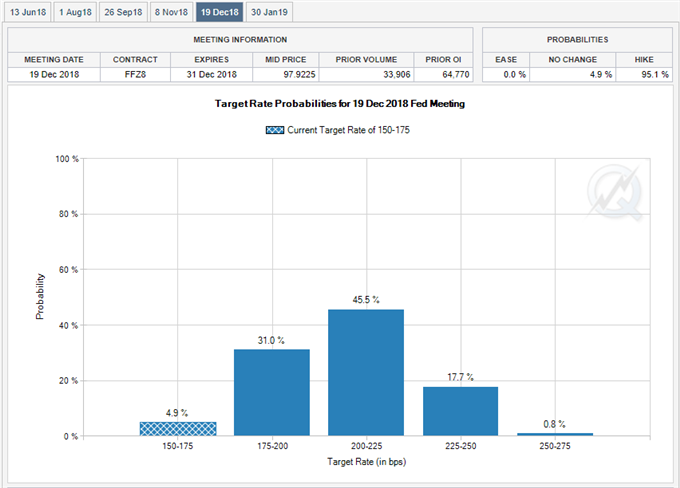 Keep in mind, signs of above-target inflation should keep the Federal Open Market Committee (FOMC) on course to implement higher borrowing-costs over the coming months, but Chairman Jerome Powell and Co. may continue to project a longer-run neutral rate of 2.75% to 3.00% as ‘inflation on a 12-month basis is expected to run near the Committee's symmetric 2 percent objective over the medium term.’ In turn, Fed Fund Futures may continue to reflect waning expectations for four rate-hikes in 2018, with USD/JPY at risk for further losses ahead of the June 13 interest rate decision as the bullish momentum from earlier this year continues to unravel.

At the same time, failure to retain the range from earlier this month raises the risk for a larger decline in dollar-yen, and the broader shift in USD/JPY behavior may continue to pan out over the coming months as both price and the Relative Strength Index (RSI) snap the bullish formations from earlier this year. 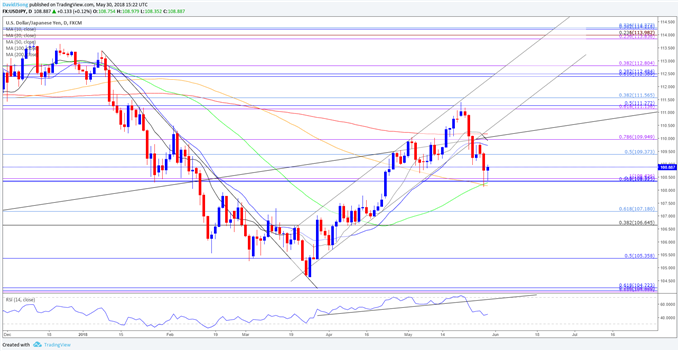 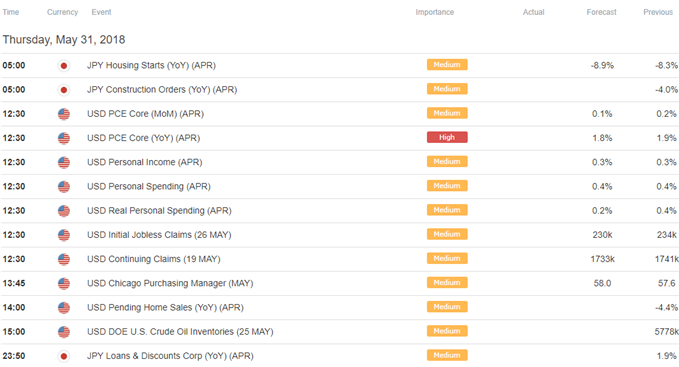