The Euro retraces the decline from earlier this week as policymakers in Italy boost their efforts to form a coalition government, and fresh data prints coming out of the euro-area may foster a larger recovery in EUR/USD as both the headline and core rate of inflation are expected to pick up in May. 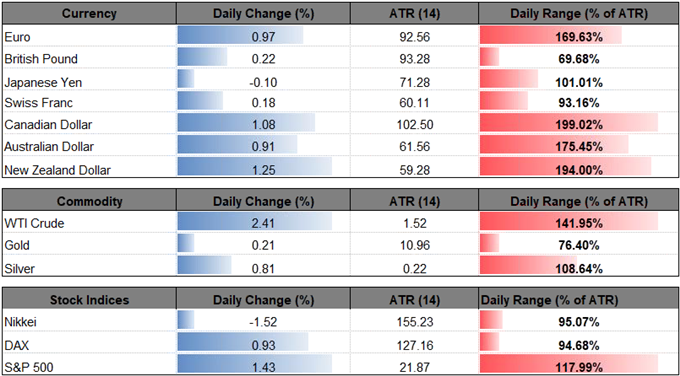 A marked rebound in the Euro-Zone Consumer Price Index (CPI) may heighten the appeal of the single-currency as it puts pressure on the European Central Bank (ECB) to conclude its easing-cycle in 2018, and the Governing Council may reveal more detailed exit strategy at the next meeting June 14 especially as Five Star leader Luigi Di Maio argues that his party never intended to leave the monetary union.

With that said, President Mario Draghi and Co. may start to drop the dovish tone over the coming months as the quantitative easing (QE) program set to expire in September, but the central bank appears to be in no rush to remove the zero-interest rate policy (ZIRP) as ‘measures of underlying inflation remain subdued and have yet to show convincing signs of a sustained upward trend.’

The lack of urgency to implement higher borrowing-costs may produce headwinds for the Euro throughout the remainder of the year, but recent price action raises the scope for a larger rebound in EUR/USD as it snaps the series of lower highs & lows carried over from the previous week. 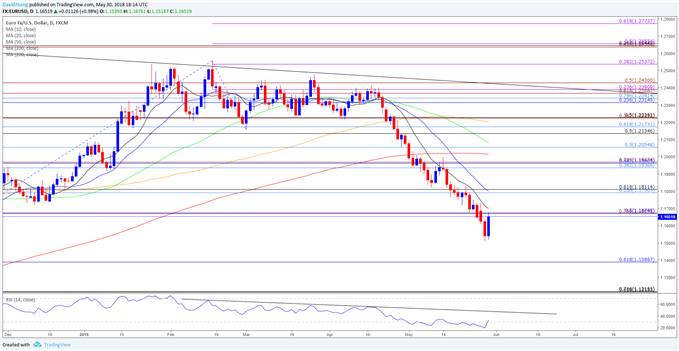