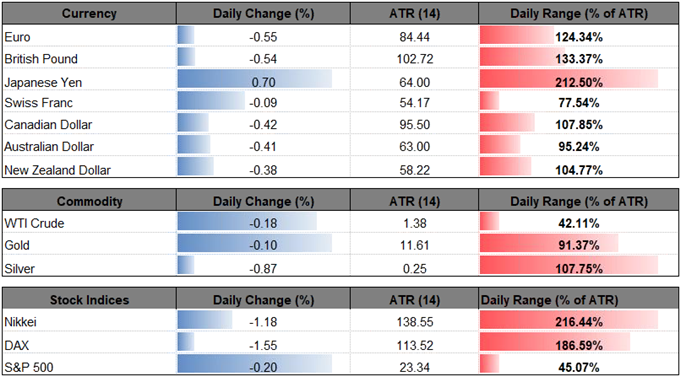 USD/JPY tumbles lower ahead of the Federal Open Market Committee Minutes to fill the gap from earlier this week, and the recent selloff may gather pace over the 24 hours of trade should the policy statement dampen bets for four rate-hikes in 2018. At the same time, recent price action raises the risk for a further decline in dollar-yen as the exchange rate snaps the series of higher highs & lows from the previous week, while the Relative Strength Index (RSI) flashes a textbook sell signal as the oscillator falls back from overbought territory.

USD/JPY remains under pressure as the update to the New Home Sales report does little to boost the outlook for U.S. economy, and the FOMC Minutes may fuel the recent decline in the dollar-yen exchange rate as ‘the federal funds rate is likely to remain, for some time, below levels that are expected to prevail in the longer run.’

Even though the FOMC appears to be on course to implement higher borrowing-costs over the coming months, more of the same from the central bank may produce headwinds for the dollar as Fed officials remain reluctant to adopt a more aggressive approach in normalizing monetary policy. The limited interest to extend the hiking-cycle suggests the FOMC will tolerate above-target price growth for the foreseeable future, and Chairman Jerome Powell and Co. may continue to project a neutral Fed Funds rate of 2.75% to 3.00% at the next quarterly meeting in June as ‘inflation on a 12-month basis is expected to run near the Committee's symmetric 2 percent objective over the medium term.’

With that said, USD/JPY may continue to carve a fresh string of lower highs & lows over the coming days, with the pair at risk for further losses especially as the RSI fails to retain the bullish formation carried over from the previous month. 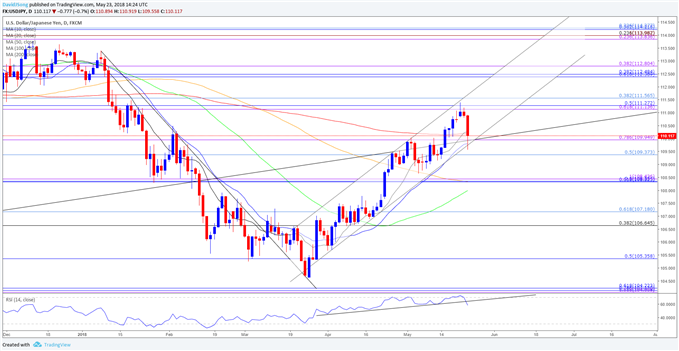 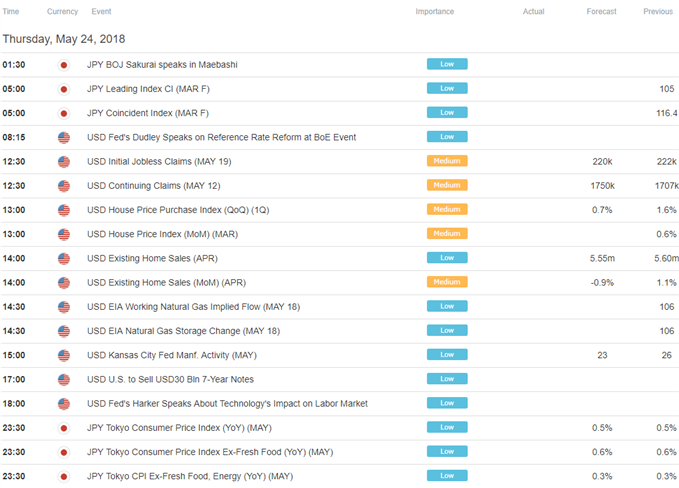