Gold prices may exhibit a more bearish behavior over the coming months as the Federal Open Market Committee (FOMC) ‘expects that economic conditions will evolve in a manner that will warrant further gradual increases in the federal funds rate,’ but fresh comments from the 2018-voting members may generate a larger rebound in the precious metal should a growing number of central bank officials strike a less hawkish outlook for monetary policy. 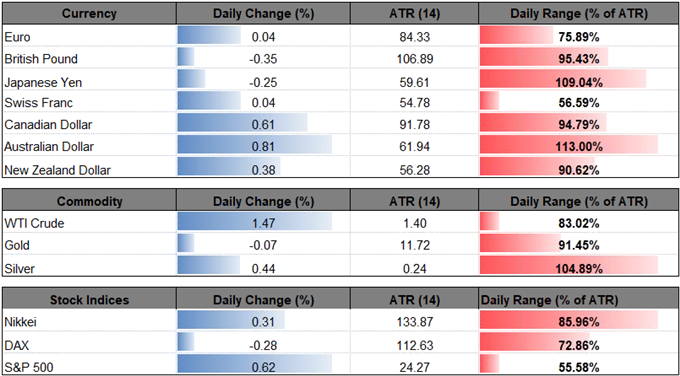 Failure to preserve the range from earlier this year has altered the broader outlook for gold prices, with the precious metal now at risk of giving back the advance from the December-low ($1236) as the FOMC is widely expected to raise the benchmark interest rate to a fresh threshold of 1.75% to 2.00% in June.

Recent comments from Atlanta Fed President Raphael Bostic suggests the FOMC will continue to normalize policy in the second-half of the year as the committee ‘is close to mandate-consistent outcomes for both inflation and employment,’ but it seems as though the 2018-voting member sees limited scope to extend the hiking-cycle as the official anticipates ‘two more’ rate-hikes in 2018.

With that said, market participants may look beyond the FOMC Minute as New York Fed President William Dudley and Chairman Jerome Powell are on tap to speak later this week, and the comments may ultimately boost the appeal of gold should the officials tame expectations for a more aggressive approach in normalizing monetary policy. 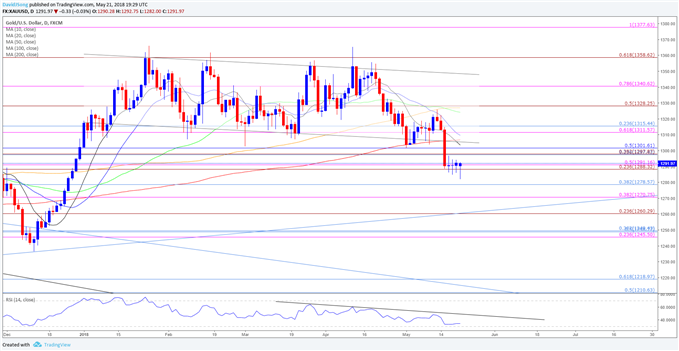 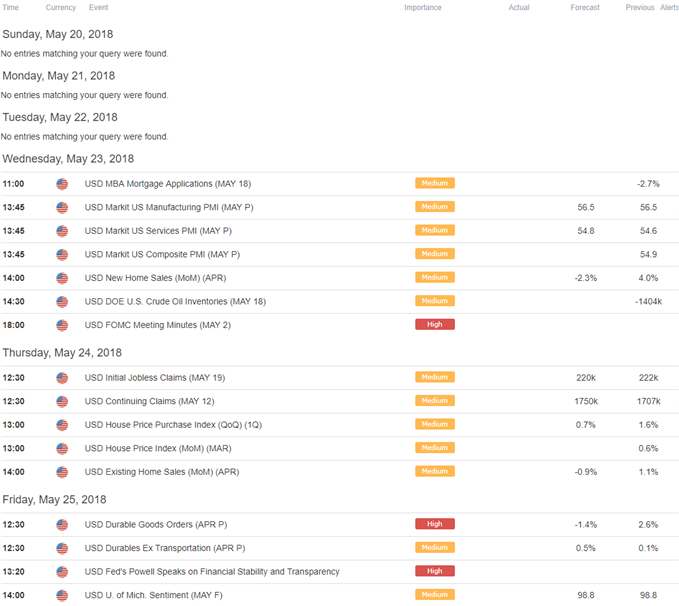