AUD/USD pares the decline from earlier this week as fresh updates to Australia’s Employment report instills an improved outlook for the region, and the aussie-dollar exchange rate may stage a larger recovery over the coming days as the bearish momentum from earlier this year dissipates. 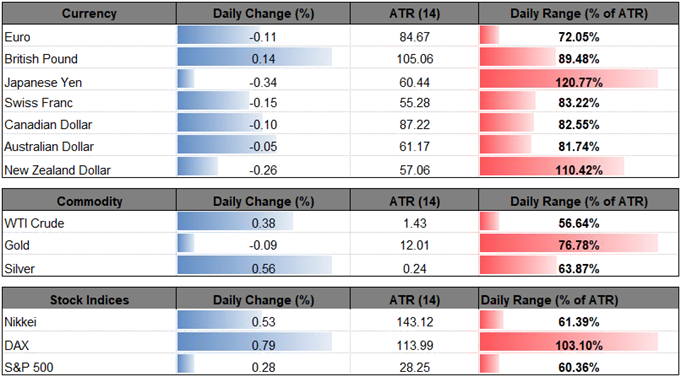 Despite the initial downtick in AUD/USD, the 22.6K expansion in job growth overshadows the downward revision for the March reading as the advance was led by a 32.7K expansion in full-time positions.

A deeper look showed the uptick in the Unemployment Rate was largely driven by an unexpected pickup in the Participation Rate as discouraged workers returned to the labor force, and the ongoing improvement in employment may push the Reserve Bank of Australia (RBA) to gradually change in the second-half of 2018 as ‘members agreed that it was more likely that the next move in the cash rate would be up, rather than down.’

For the time being, it seems as though Governor Philip Lowe and Co. is in no rush to lift the cash rate off of the record-low as officials expect ‘spare capacity in the labour market would remain for some time,’ and the central bank may continue to buy more time at the next meeting on June 5 as ‘household income has been growing slowly and debt levels are high.’ With that said, AUD/USD may continue to track the downward trend from earlier this year especially as the Relative Strength Index (RSI) highlights a similar dynamic, but recent price action raises the risk for a larger rebound as the aussie-dollar exchange rate snaps the series of lower highs & lows from earlier this week. 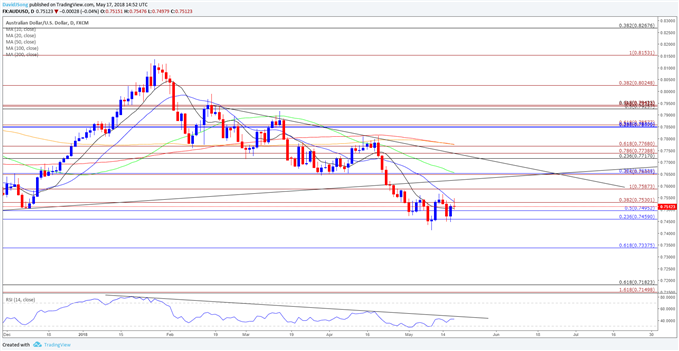