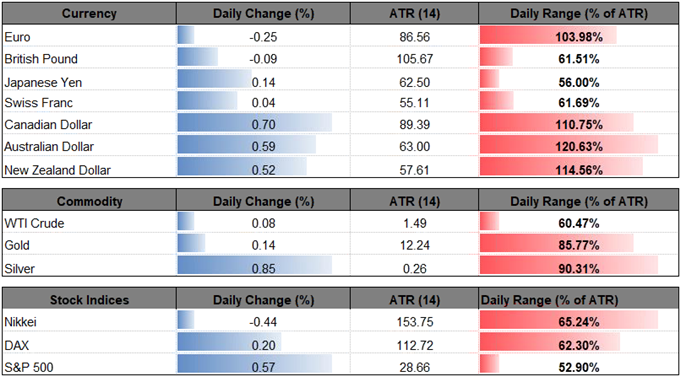 EUR/USD lags behind its major counterparts as the changing political landscape in Italy rattles the stability of the euro-area, and the single currency faces a renewed risk of making a run at the December-low (1.1718) as it extends the series of lower highs & lows from earlier this week.

Even though the quantitative easing (QE) program is set to expire in September, growing uncertainties surrounding the monetary union may push the European Central Bank (ECB) to delay its exit strategy as officials note that ‘risks related to global factors, including the threat of increased protectionism, have become more prominent.’

Recent comments from ECB officials suggest the Governing Council is in no rush to remove its asset-purchase program as even board member Francois Villeroy de Galhau, who said a rate-hike would be appropriate in ‘coming quarters and not years,’ recognizes that a trade war can have a ‘detrimental effect’ on global growth. 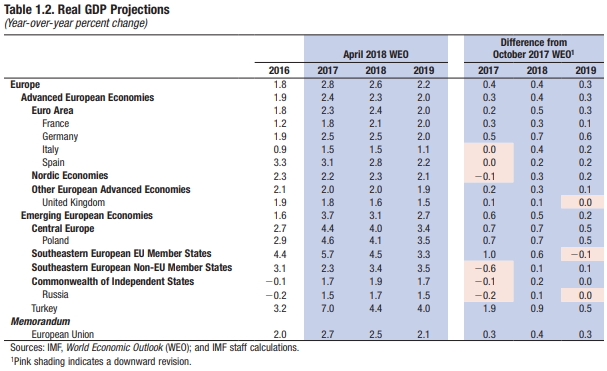 Moreover, the International Monetary Fund’s (IMF) Regional Economic Outlook report warns that ‘beyond the near term, risks are clearly tilted to the downside’ as the group forecasts slower euro-area growth for 2019. In turn, President Mario Draghi and Co may largely refrain from altering the forward guidance at the next meeting on June 14, with officials endorsing a wait-and-see approach for monetary policy as ‘measures of underlying inflation remain subdued and have yet to show convincing signs of a sustained upward trend.’

With that said, recent price action in EUR/USD keeps the downward targets on the radar as the pair extends the bearish series from the start of the week, while the bearish momentum appears to be reasserting itself as the Relative Strength Index (RSI) pushes below 30. 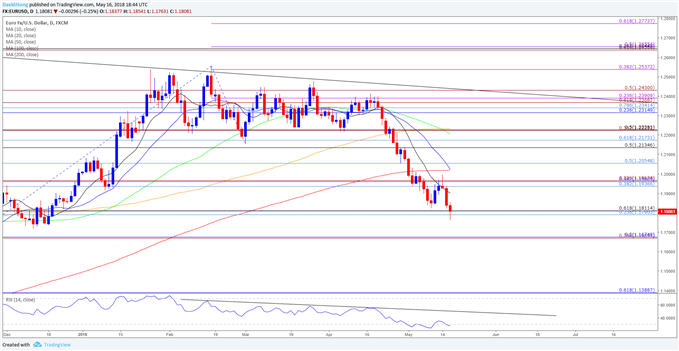 For more in-depth analysis, check out theQ2 Forecast for the Euro 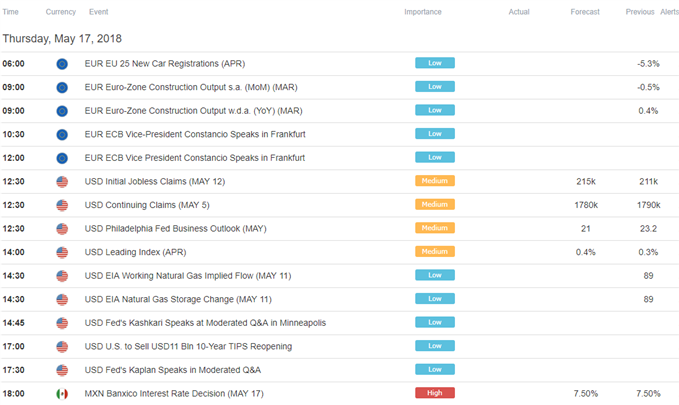