GBP/USD snaps the range from the previous week following a bulk of data coming out of the U.K. & U.S. economy, and fresh rhetoric from Bank of England (BoE) and Federal Reserve officials may largely influence the exchange rate over the coming days as market participants weigh the outlook for monetary policy. Recent price action keeps the near-term outlook tiled to the downside as the Relative Strength Index (RSI) continues to flash an extreme reading, with the momentum indicator still trading in oversold territory. 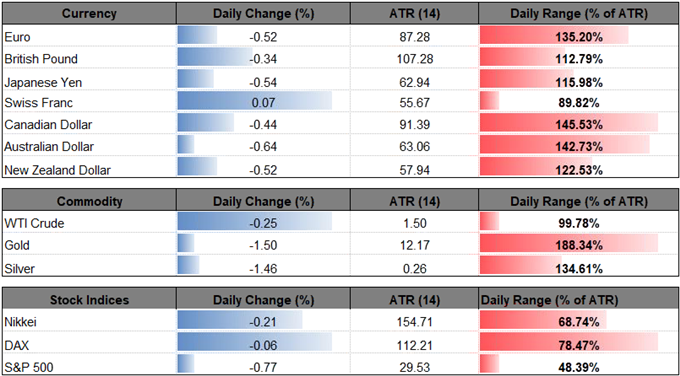 The limited reaction to the 197K expansion in U.K. employment suggests the figures were largely overshadowed by the 31.2K rise in claims for unemployment benefits, with the mixed prints for Average Weekly Earnings likely to keep the Bank of England (BoE) on the sidelines at the next meeting on June 21 as ‘inflation is projected to fall back slightly more quickly than in February.’ In turn, BoE Chief Economist Andrew Haldane may largely tame expectations for an imminent rate-hike as the Monetary Policy Committee (MPC) member is scheduled to speak later this week, and a slew of dovish rhetoric may generate headwinds for the British Pound as Governor Mark Carney and Co. appear to be in no rush to further normalize monetary policy. 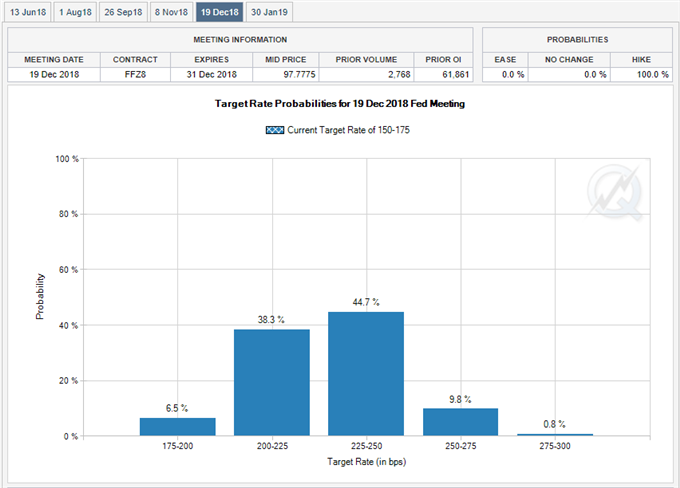 In contrast, the 0.3% expansion in U.S. Retail Sales paired with the unexpected uptick in the Empire Manufacturing survey is likely to keep the Federal Open Market Committee (FOMC) on course to deliver higher borrowing-costs over the coming months as it instills an improved outlook for growth and inflation. As a result, a growing number of FOMC officials may adopt a more hawkish tone as San Francisco Fed President John Williams, Atlanta Fed President Raphael Bostic, Cleveland Fed President Loretta Mester and Governor Lael Brainard are all slated to speak over the remainder of the week, and the fresh comments may heighten the appeal of the greenback should the 2018-voting members show a greater willingness to implement four rate-hikes in 2018.

However, more of the same from Fed officials may rattle the recent strength in the greenback as the central bank continues to project a terminal benchmark interest rate of 2.75% to 3.00%, and it seems as though Chairman Jerome Powell and Co. will tolerate above-target price growth for the foreseeable future as ‘inflation on a 12-month basis is expected to run near the Committee's symmetric 2 percent objective over the medium term.’ 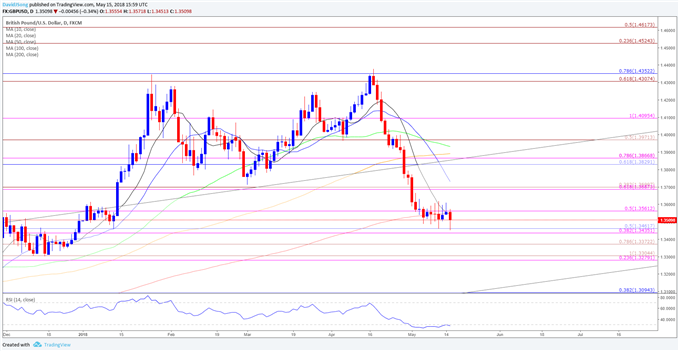 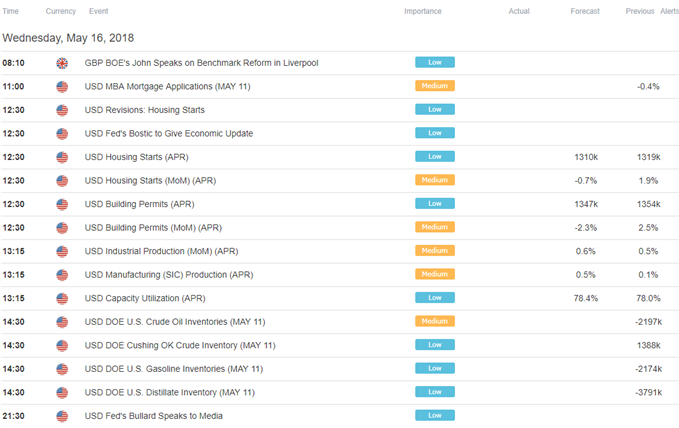