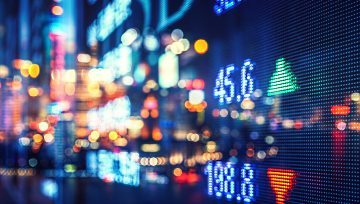 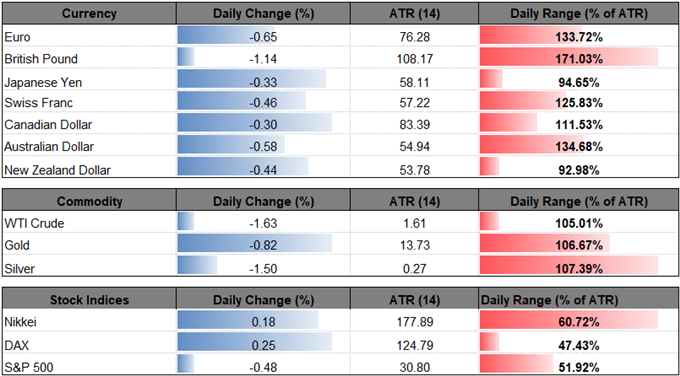 The U.S. dollar gains ground ahead of the Federal Open Market Committee (FOMC) interest rate decision on tap for May 2, with the fresh comments from the central bank like to influence the near-term outlook for the USD as Chairman Jerome Powell and Co. appear to be on course to further normalize monetary policy over the coming months.

USD/JPY breaks out of a narrow range despite the below-forecast print for the ISM Manufacturing survey, and the pair may stage a larger advance over the coming days should the Federal Reserve endorse four-rate hikes for 2018. 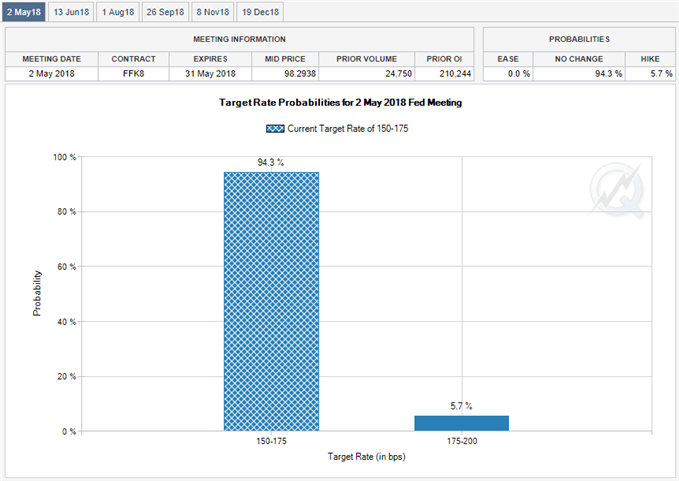 Even though the Federal Open Market Committee (FOMC) is widely expected to retain the current policy in May, Chairman Jerome Powell and Co. may adopt a more hawkish tone as developments coming out of the U.S. economy point to above-target inflation. As a result, the FOMC is likely to reiterate that ‘the Committee expects that economic conditions will evolve in a manner that will warrant further gradual increases in the federal funds rate,’ and the central bank may increase its effort to prepare households and businesses for higher borrowing-costs as it largely achieves its dual mandate for monetary policy.

In turn, the fresh remarks may trigger a bullish reaction in the greenback if the Fed shows a greater willingness to extend the hiking-cycle, but a more bearish scenario may take shape should the central bank merely stick to the current script. 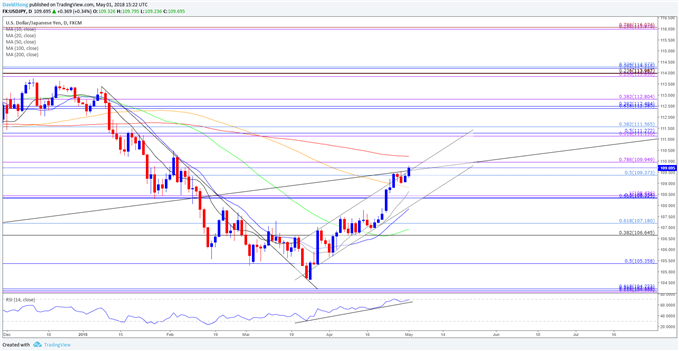 GBP/USD remains under pressure following a batch of lackluster U.K. data prints, and the pair appears to be on track to test the 2018-low (1.3458) as it extends the series of lower highs & lows from the previous week.

The dismal developments are likely to keep the Bank of England (BoE) on the sidelines at the next meeting on May 10 as consumer credit growth slips to the slowest pace since 2012, and signs of ongoing slack in the real economy may prompt Governor Mark Carney and Co. to tame expectations for an imminent rate-hike as ‘any future increases in Bank Rate are likely to be at a gradual pace and to a limited extent.’ As a result, more of the same from the BoE may produce headwinds for British Pound, with GBP/USD at risk of extending the decline from the 2018-high (1.4377) as market participants push out bets for higher borrowing-costs.

Keep in mind, the meeting minutes is likely to reveal another 7 to 2 split as board members Ian McCafferty and Michael Saunders favor normalizing monetary policy sooner rather than later, and the majority of the Monetary Policy Committee (MPC) may look to deliver another rate-hike in the second-half of 2018 as ‘the steady absorption of slack has reduced the degree to which it is appropriate for the MPC to accommodate an extended period of inflation above the target.’ 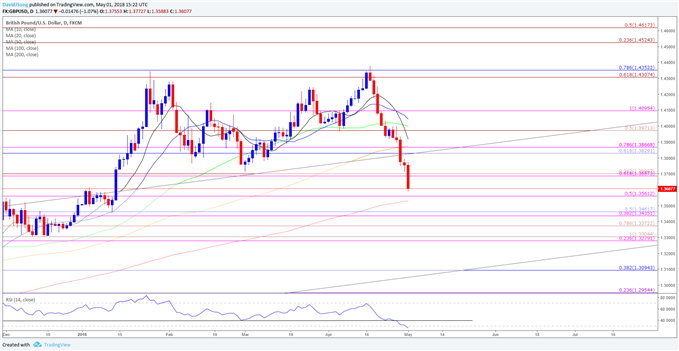