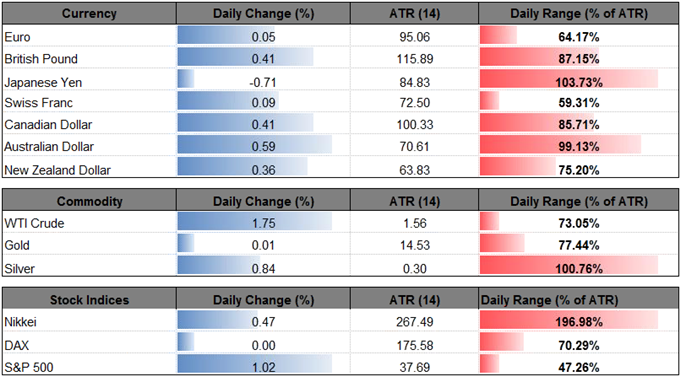 USD/CAD slips to fresh weekly lows amid the mixed set of data prints coming out of the U.S. and Canadian economy, and recent price action raises the risk for a further decline in the dollar-loonie exchange rate as it carves a fresh series of lower highs & lows.

The 15.4K expansion in Canada Employment is likely to have a limited impact on the monetary policy outlook as the Bank of Canada (BoC) reverts back to a wait-and-see approach, and Governor Stephen Poloz and Co. may continue to tame expectations for an imminent rate-hike as a deeper look at the report shows the 39.3K contraction in full-time positions being offset by a 54.7K expansion in part-time employment.

In contrast, the updates to the U.S. Non-Farm Payrolls (NFP) report should keep the Federal Open Market Committee (FOMC) on track to further normalize monetary policy as the economy adds 313K jobs in February, but Chairman Jerome Powell and Co. may curb speculation for four rate-hikes in 2018 as Average Hourly Earnings narrows to an annualized 2.6% from a revised 2.8% in January. Signs of lackluster wage growth may encourage a growing number of Fed officials to project a more shallow course for the benchmark interest rate as ‘a couple of members expressed concern about the outlook for inflation, seeing little evidence of a meaningful improvement in the underlying trend in inflation, measures of inflation expectations, or wage growth,’ and the greenback stands at risk of facing a more bearish fate over the near-term should the FOMC implement a dovish rate-hike at the March meeting.

With that said, the advance from the year-low (1.2247) appears to have run its course following the series of failed attempts to close above the 1.2980 (61.8% retracement) to 1.3030 (50% expansion) region, with USD/CAD at risk for further losses as both price and the Relative Strength Index (RSI) threaten the upward trends carried over from the previous month. 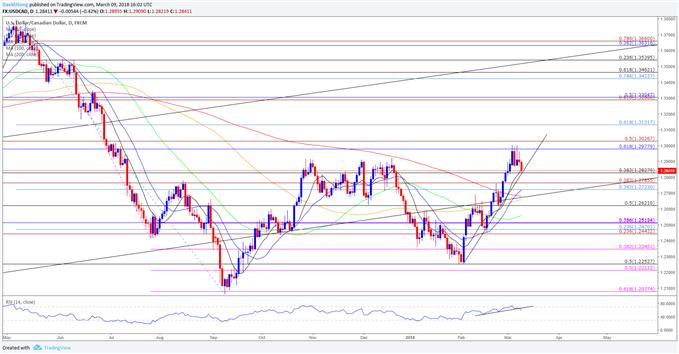 USD/JPY extends the rebound from the March-low (105.25)as U.S. President Donald Trump agrees to meeting with North Korean leader Kim Jong-Un, and the pair may continue to retrace the decline from earlier this year as the Bank of Japan (BoJ) refrains from altering the forward-guidance for monetary policy.

The fresh remarks from the BoJ suggest the board will continue to endorse a wait-and-see approach throughout the first-half of the year as Governor Haruhiko Kuroda and Co. pledge to support the economy for ‘as long as it is necessary.’ Expectations for a further expansion in the central bank’s balance sheet should keep USD/JPY bid over the near-term especially as the FOMC is widely expected to deliver a March rate-hike, with the pair at risk of stage a more meaningful recovery as the bearish momentum appears to abating.

After diverging with price at the start of the month, the Relative Strength Index (RSI) is on the cusp of flashing a bullish trigger as it threatens the downward trends carried over from the previous year. As a result, the string of failed attempts to break/close below the 105.40 (50% retracement) may bring the topside targets back on the radar as the pair looks poised to take out the monthly-high (107.21). 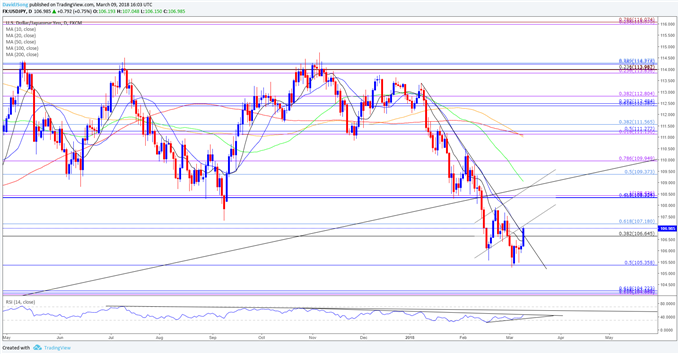 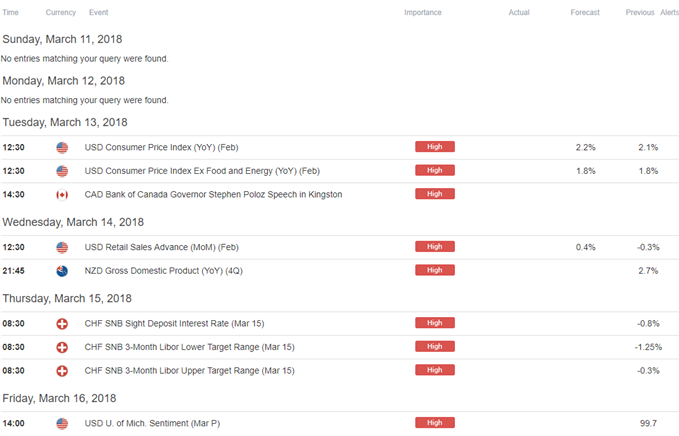