GBP/USD Attempts to Breakout Ahead of More BoE Rhetoric

- GBP/USD Attempts to Breakout Ahead of More Bank of England (BoE) Rhetoric. 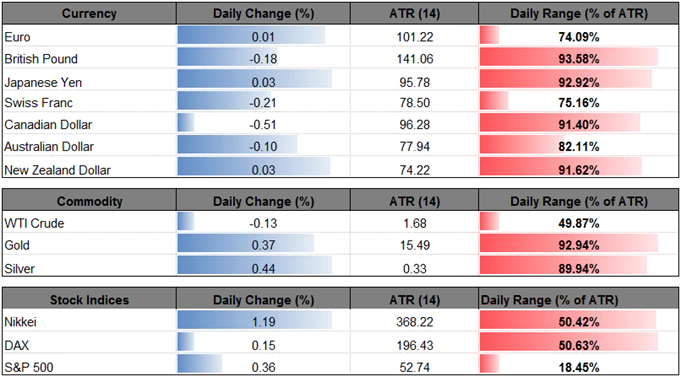 GBP/USD preserves the recent series of higher highs & lows as Bank of England (BoE) Deputy Governor Sir David Ramsden now sees a ‘case for rates rising somewhat sooner rather than somewhat later,’ and the pound-dollar exchange rate may stay bid ahead of the next interest rate decision on March 22 as the central bank appears to be on track to further normalize monetary policy over the coming months.

It seems as though the BoE is ramping up its efforts to prepare U.K. households and businesses for higher borrowing-costs as ‘wages are picking up,’ and Governor Mark Carney may strike a similar tone as the central bank head is scheduled to speak at the Scottish Economic Conference on tap for later this week. Keep in mind, the Monetary Policy Committee (MPC) may ultimately wait until the next quarterly meeting in May to deliver another 25bp rate-hike as the central bank presents its updated inflation report, but the ongoing shift in the monetary policy outlook may fuel the broader shift in GBP/USD behavior especially as the pair appears to be breaking out of a near-term holding pattern.

GBP/USD carves a bullish sequence after failing to test the February-low (1.3765), and the pair may stage a more meaningful advance over the coming days as both price and the Relative Strength Index (RSI) threaten the bearish formations carried over from earlier this year. 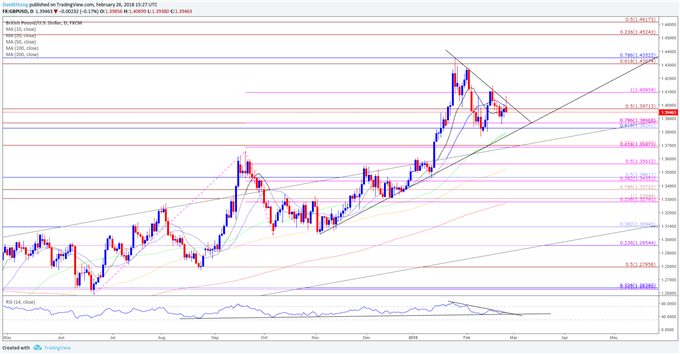 USD/CAD quickly gives back the reaction to the above-forecast print for Canada’s Consumer Price Index (CPI), and the pair appears to be on track to test the 2018-high (1.2761) as the bullish momentum gathers pace.

Bear in mind, updates to Canada’s Gross Domestic Product (GDP) report may heighten the appeal of the loonie as the growth rate is projected to increase to an annualized 2.0% from 1.7% in the third-quarter of 2017, and a material pickup in economic activity may influence the monetary policy outlook as it puts pressure on the Bank of Canada (BoC) to further normalize monetary policy sooner rather than later. However, the BoC may stick to the sidelines at the next meeting on March 7 as ‘as uncertainty about the future of NAFTA is weighing increasingly on the outlook,’ and Governor Stephen Poloz and Co. may merely attempt to buy more time as ‘some continued monetary policy accommodation will likely be needed to keep the economy operating close to potential and inflation on target.’

With that said, market participants are likely to steer their attention to the Federal Open Market Committee (FOMC) interest rate decision on March 21 as the central bank is widely anticipated to deliver a 25bp rate-hike, and the ongoing shift in monetary policy may keep USD/CAD afloat as Chairman Jerome Powell and Co. appear to be on course to implement higher borrowing-costs over the coming months. 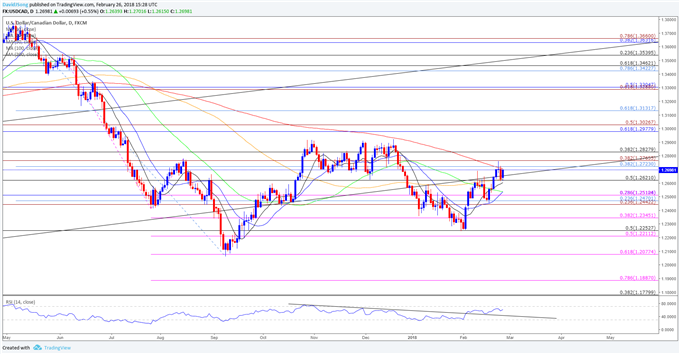 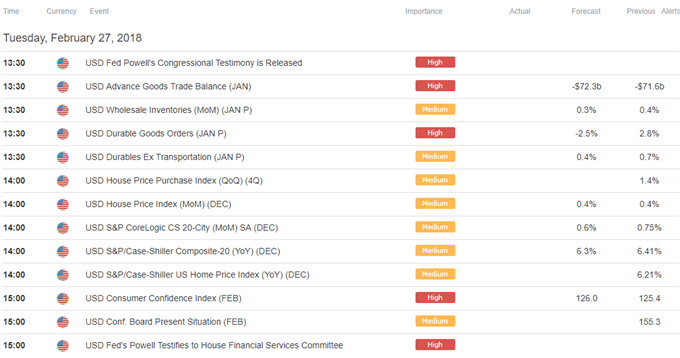