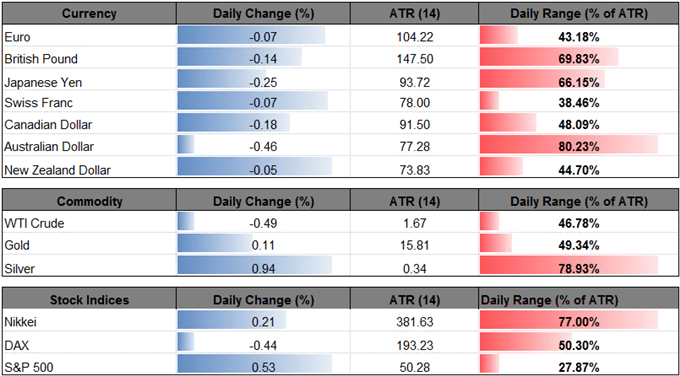 Gold prices have sold off following the failed attempt to test the 2018-high ($1366) and the precious metal may face a larger pullback over the remainder of the month as the U.S. Federal Reserve appears to be on course to deliver a 25bp rate-hike in March.

Beyond the Federal Open Market Committee (FOMC) Minutes, a number of 2018-voting members are scheduled to speak over the coming days, and the group of central bank officials may increase their efforts to prepare households and businesses for higher borrowing-costs as ‘the Committee expects that economic conditions will evolve in a manner that will warrant further gradual increases in the federal funds rate.’ As a result, a batch of hawkish comments may continue to sap the appeal of the precious metal especially as U.S. Treasury yields sit near the yearly highs, and gold prices stands at risk of working its way back towards the February-low ($1307) as they carve a fresh series of lower-highs. 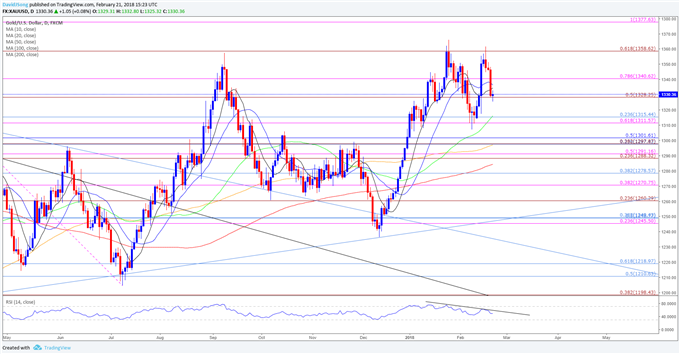 The British Pound remains under pressure following a batch of lackluster U.K. data prints, and GBP/USD appears to be on track to test the monthly-low (1.3765) as the pair extends the bearish sequence from earlier this week.

Fresh comments from Bank of England (BoE) officials have helped to mitigate the recent decline in the pound-dollar exchange rate as Governor Mark Carney and Co. endorse a hawkish outlook for monetary policy, and it seems as though the central bank will continue to normalize monetary policy in 2018 as the U.K. economy approaches full-capacity.

However, the Monetary Policy Committee (MPC) looks to be in no rush to implement higher borrowing-costs as BoE Chief Economist Andrew Haldane reiterates that future adjustments to the benchmark interest rate would be ‘gradual,’ and waning bets for an imminent rate-hike may generate a more meaningful correction in GBP/USD as the near-term outlook remains clouded with mixed signals.

Keep in mind, the broader forecast for Cable remains constructive as both price and the Relative Strength Index (RSI) preserve the upward trends carried over from 2017, but the recent string of lower highs & lows brings the downside targets back on the radar especially as the momentum indicators exhibits a similar behavior. 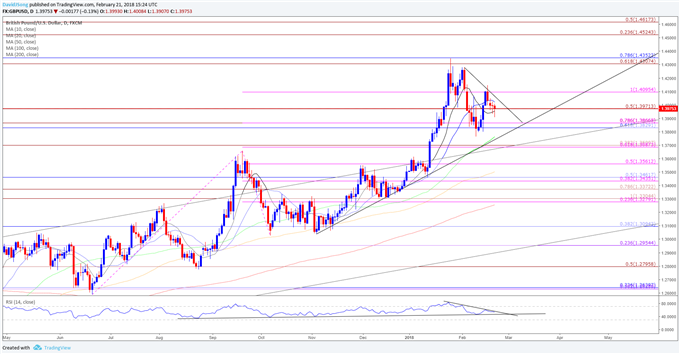