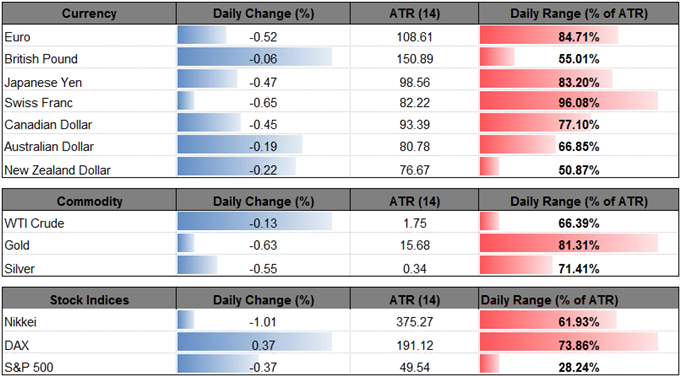 USD/JPY carves a fresh series of higher highs & lows ahead of the Federal Open Market Committee (FOMC) Minutes, with the pair at risk for a larger recovery should a growing number of central bank officials prepare U.S. households and businesses for an imminent rate-hike. 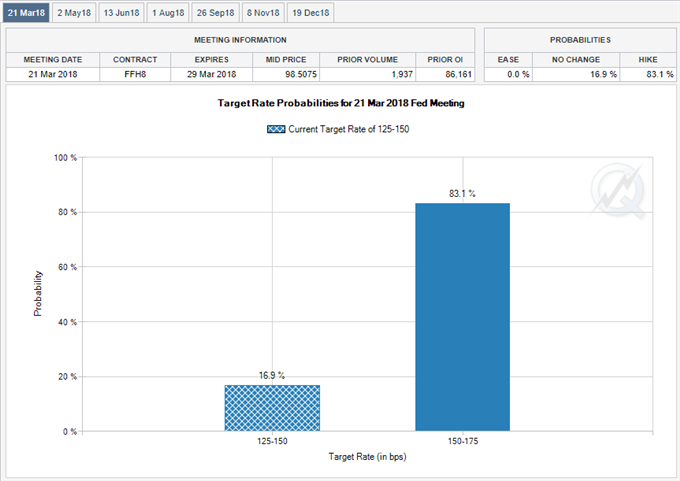 Keep in mind, the summary of Chair Janet Yellen’s last meeting may ultimately generate a limited reaction as Fed Fund Futures now highlight a greater than 80% probability for a move in March, and more of the same rhetoric may undermine the near-term rebound in the dollar-yen exchange rate as the central bank struggles to achieve the 2% target for inflation.

Nevertheless, fresh comments from Fed Governor Randal Quarles, New York Fed President William Dudley, Atlanta Fed President Raphael Bostic and San Francisco Fed President John Williams, all 2018-voting members on the FOMC, may keep dollar-yen afloat as the central bank appears to be on track to deliver three rate-hikes in 2018. With that said, a batch of hawkish rhetoric may fuel a larger recovery in USD/JPY, but the broader outlook remains tilted to the downside as it snaps the 2017-low (107.32), while the Relative Strength Index (RSI) extends the bearish formation carried over from the previous year. 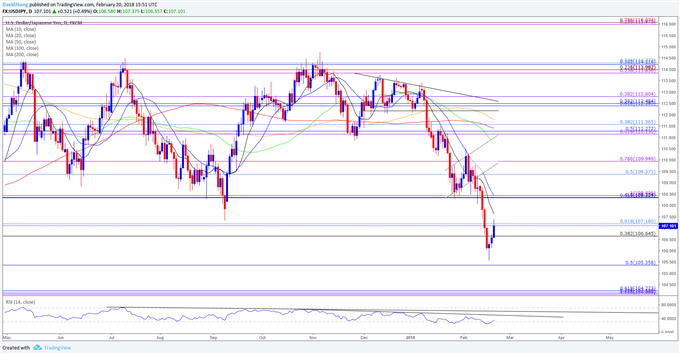 Fresh data prints coming out of the U.K. may heighten the appeal of the British Pound as employment is projected to increase 180K during the three-months through December.

A batch of positive data prints may spark a bullish reaction in GBP/USD as it encourages the Bank of England (BoE) to further normalize monetary policy, and Governor Mark Carney and Co. may sound increase hawkish over the coming months as ‘the Committee judges that, were the economy to evolve broadly in line with the February Inflation Report projections, monetary policy would need to be tightened somewhat earlier and by a somewhat greater extent over the forecast period than anticipated at the time of the November Report, in order to return inflation sustainably to the target.’

However, signs of stagnant wage growth may produce near-term headwind for pound-dollar as it curbs bets for an imminent rate-hike, and the BoE may merely attempt to buy more time at the next meeting on March 22 as ‘household consumption growth is expected to remain relatively subdued, reflecting weak real income growth.’ 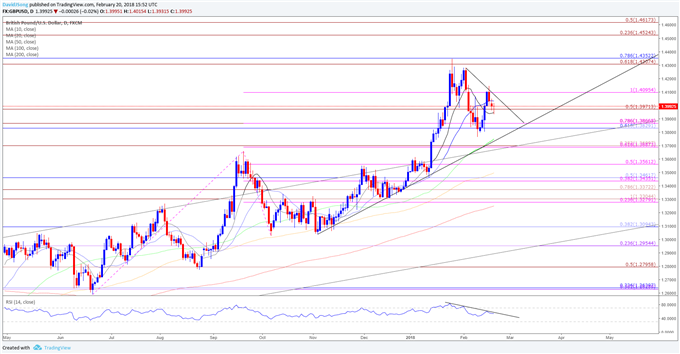 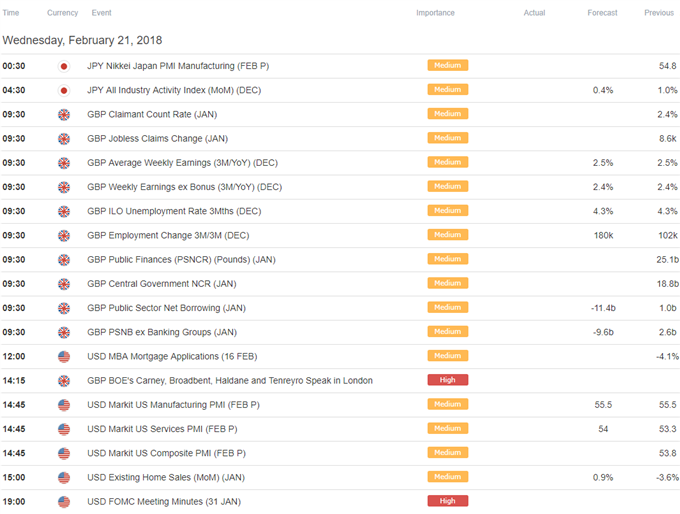