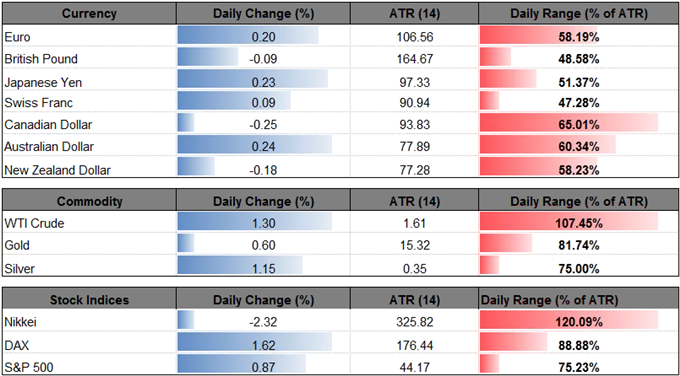 Crude snaps a three-day losing streak as the Organization of the Petroleum Exporting Countries (OPEC) insist the energy market will be rebalance in 2018.

OPEC’s Monthly Oil Market Report appears to be grabbing market attention as United Arab Emirates Energy Minister Suhail Al Mazrouei , the group’s current president, argues the pickup in shale output will not be ‘a huge distorter of the market’ even as U.S. production hits record-highs.

Efforts by OPEC and its allies to curb supply are likely to keep oil prices afloat as ‘demand for this year is expected to be good, if not better than 2017,’ but a further pickup in Non-OPEC production may drag on oil prices especially as the U.S. Energy Information Administration’s (EIA) warns ‘the United States is projected to become a net energy exporter by 2022.’

As a result, market participants may pay greater attention to U.S. field outputs rather than the weekly updates to the oil inventory figures, and OPEC and its allies may ultimately come under pressure to extend its rebalancing efforts beyond this year as ‘U.S. crude oil production in 2018 is projected to surpass the record of 9.6 million barrels per day (b/d) set in 1970 and will continue to grow as upstream producers increase output because of the combined effects of rising prices and production cost reductions.’ 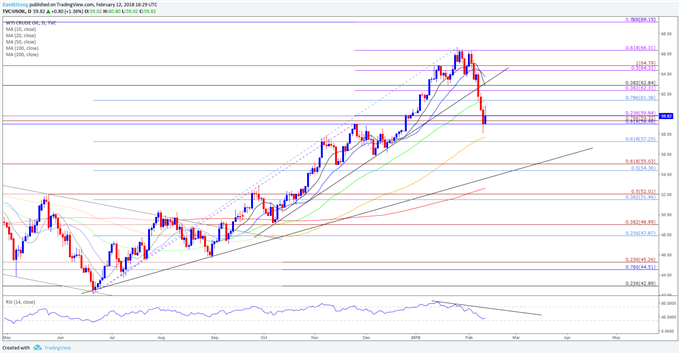 GBP/USD struggles to hold its ground even as Bank of England (BoE) board member Gertjan Vlieghe strikes a hawkish outlook for monetary policy, and the pair may continue to consolidate over the days ahead as the U.K. Consumer Price Index (CPI) is expected to highlight a mixed outlook for inflation.

Even though BoE Chief Economist Andrew Haldane notes that the central bank is in no rush to normalize monetary policy, Mr. Vlieghe warned against a ‘long break’ and went onto say that ‘further rises in rates are likely to be appropriate’ as inflation continues to run above the 2% target.

In turn, market participants may closely watch the fresh updates to the U.K. CPI, with a downtick in the headline reading likely to keep GBP/USD under pressure as it saps bets for an imminent BoE rate-hike. However, signs of sticky price growth may spark a bullish reaction in the British Pound as its puts pressure on Governor Mark Carney and Co. to implement higher borrowing-costs sooner rather than later. Want more insight? Sign up & join DailyFX Market Analyst Nick Cawley LIVE to cover the U.K. CPI report. 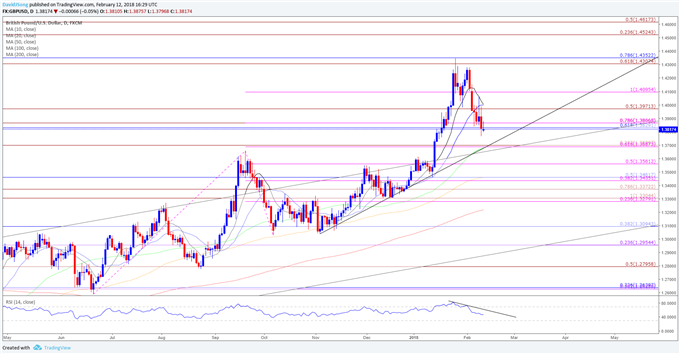 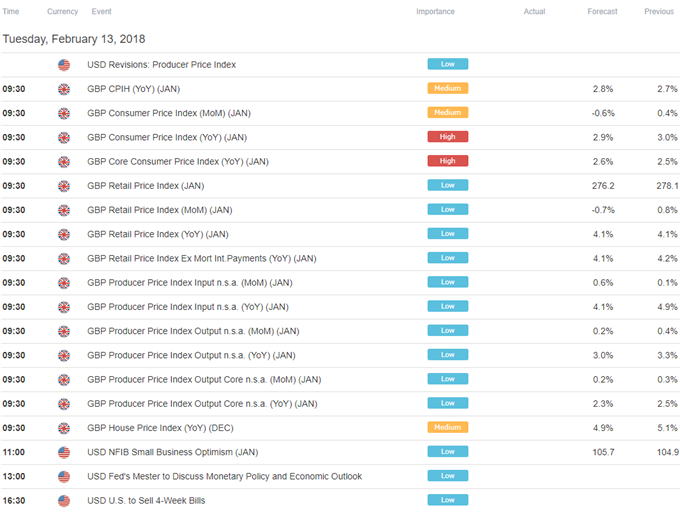