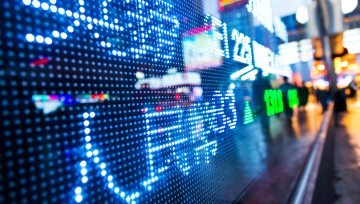 - AUD/USD Remains Under Pressure Ahead of More RBA Rhetoric. 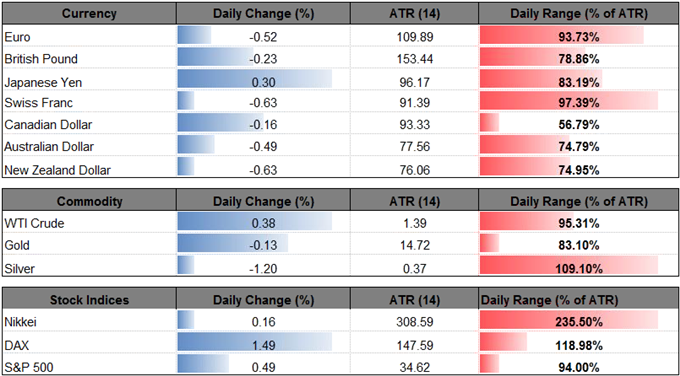 USD/JPY is back under pressure, with Japanese Yen outperforming against its major counterparts, but recent price action highlights the risk for a larger rebound in the exchange rate as the pair fails to test the 2018-low (108.28). 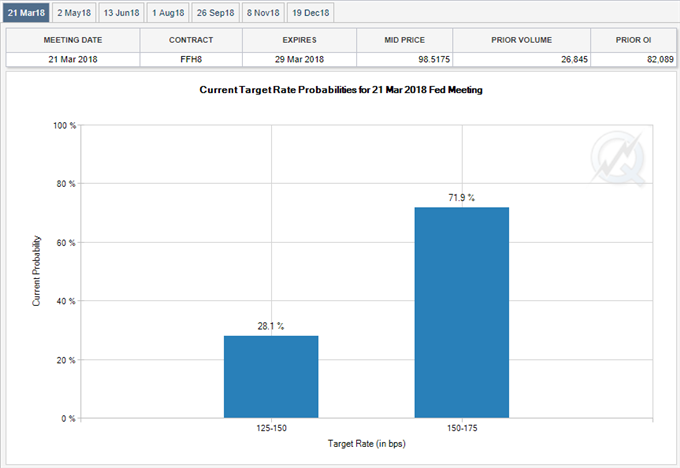 Keep in mind, Fed Fund Futures continue to reflect a greater than 70% probability for a March rate-hike despite the recent selloff in global equity prices, and the Federal Open Market Committee (FOMC) under Chairman Jerome Powellmay stay on course to further normalize monetary policy in 2018 as the fresh updates to the U.S. Non-Farm Payrolls (NFP) report boost expectations for stronger wage growth.

As a result, the failed run at the September-low (107.32) brings the 2017-range back in play, with USD/JPY at risk of staging a larger rebound as the Relative Strength Index (RSI) comes off of overbought territory. 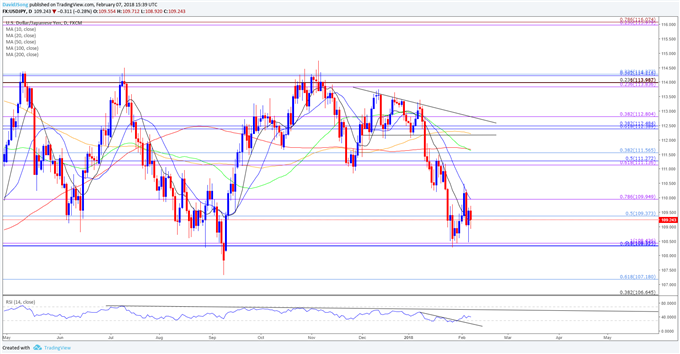 AUD/USD quickly gives back the rebound from the weekly-low (0.7835), with the exchange rate at risk of extending the decline from earlier this month should Reserve Bank of Australia (RBA) Governor Philip Lowe curb bets for higher borrowing-costs.

With the RBA scheduled to release its quarterly Statement on Monetary Policy last this week, Governor Lowe may offer little to no guidance as ‘the low level of interest rates is continuing to support the Australian economy.’ The remarks from the February 6 meeting suggest the central bank remains in no rush to remove the record-low interest rate as ‘household incomes are growing slowly and debt levels are high,’ and another batch of cautious comments may drag on AUD/USD as it dampens bets for an imminent rate-hike.

In turn, downside targets remain on the radar for AUD/USD following the series of failed attempts to test the 0.8150 (100% expansion) hurdle, with aussie-dollar at risk of giving back the advance from the December-low (0.7501) especially as both price and the Relative Strength Index (RSI) snap the bullish formations carried over from late last year. 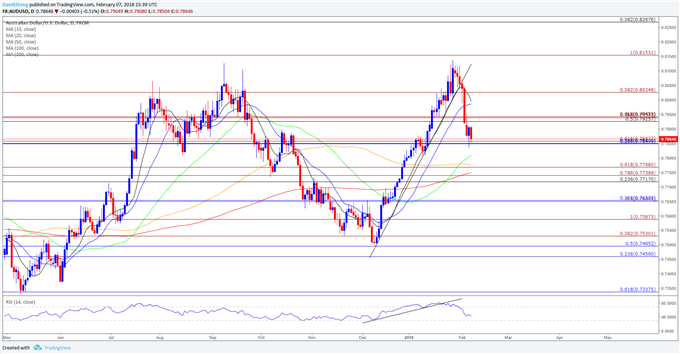