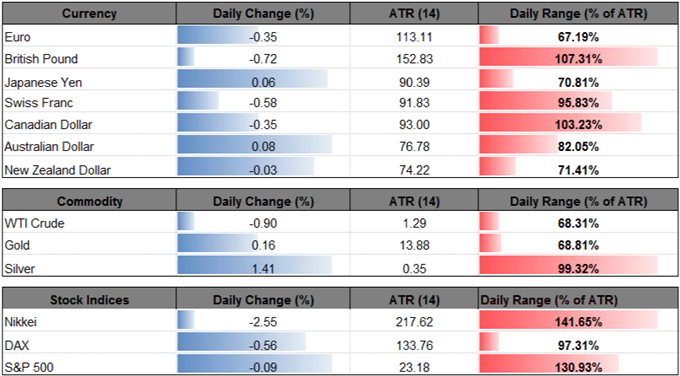 USD/JPY appears to be regaining its footing as the ISM Non-Manufacturing survey unexpectedly climbs to 59.9 from a revised 56.0 in December, and the near-term rebound may gather pace during throughout the first full-week of February as the pair extends the series of higher-lows from the previous week.

Comments pointing to a March rate-hike may open up the topside targets for USD/JPY amid the series of failed attempts to break/close below the 108.30 (61.8% retracement) to 108.40 (100% expansion) region, with recent developments in the Relative Strength Index (RSI) warning of a more meaningful rebound in the exchange rate as the oscillator bounces back from oversold territory and snaps the bearish formation from earlier this year. New to the currency market? Want a better understanding of the different approaches for trading? Start by downloading and reviewing the FREE DailyFX Beginners guide. 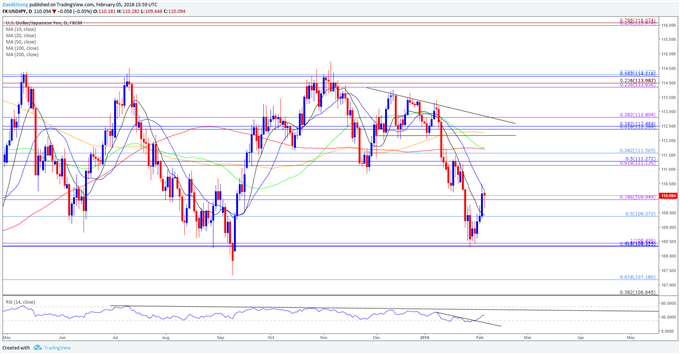 GBP/USD struggles to hold its ground following a set of lackluster U.K. data prints, with the pair at risk of facing a larger pullbackahead of the Bank of England (BoE) interest rate decision as the rally from earlier this year appears to be getting exhausted.

Cable has started to carve a series of lower highs & lows amid the larger-than-expected slowdown in the U.K. Services Purchasing Managers Index (PMI), and signs of sluggish growth may encourage the BoE to retain the current policy throughout the first-half of 2018 as ‘the recent news in the macroeconomic data had been mixed and relatively limited.’ In turn, the Monetary Policy Committee (MPC) may merely attempt to buy more time, and more of the same may sap the appeal of the British Pound as it dampens bets for an imminent rate-hike.

At the same time, Governor Mark Carney and Co. may have little choice but to prepare U.K. households and businesses for higher borrowing-costs as ‘the steady erosion of slack over the past year or so had reduced the degree to which it was appropriate for the MPC to accommodate an extended period of inflation above the target.’ In turn, the fresh updates from the BoE may ultimately prop up GBP/USD as should the committee show a greater willingness to further normalize monetary policy over the coming months. Want to know what other currency pairs the DailyFX team is watching? Download and review the Top Trading Opportunities for 2018. 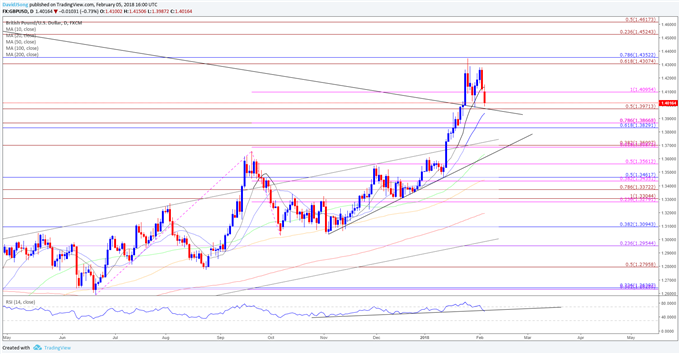 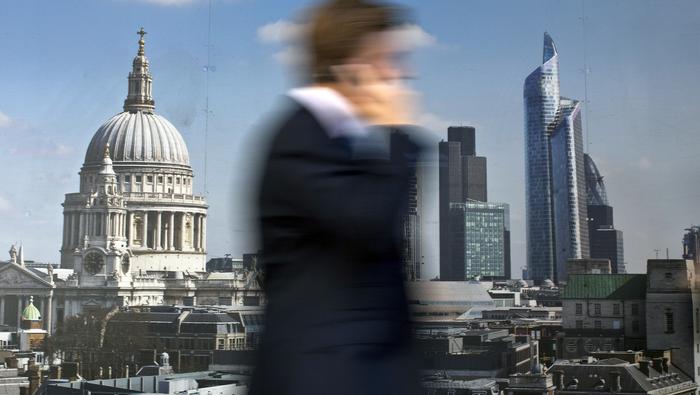