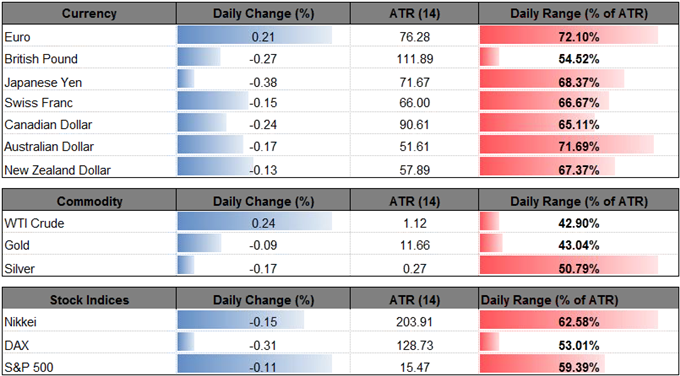 EUR/USD extends the advance from earlier this week, with the pair at risk of exhibiting a more bullish behavior in 2018 as European Central Bank (ECB) officials show a greater willingness to move away from the easing-cycle.

Recent remarks from ECB officials suggest the central bank will continue to change its tune over the coming months as board member Ardo Hansson favors a gradual change in the forward-guidance for monetary policy, while Jens Weidmann notes that the Governing Council is on ‘track toward our definition of price stability.’

Even though President Mario Draghi and Co. remain in no rush to remove the zero-interest rate policy (ZIRP), the central bank may prepare European households and businesses for a less accommodative stance as ‘the economic expansion in the euro area continues to be solid and broad-based,’ and the resilience in the euro-dollar exchange rate may persist in the year ahead as the ECB appears to be on track to conclude the quantitative easing (QE) program in 2018. Want more insight?Sign up and join DailyFX Currency Analyst David Song LIVE for an opportunity to cover key market themes along with potential trade setups. 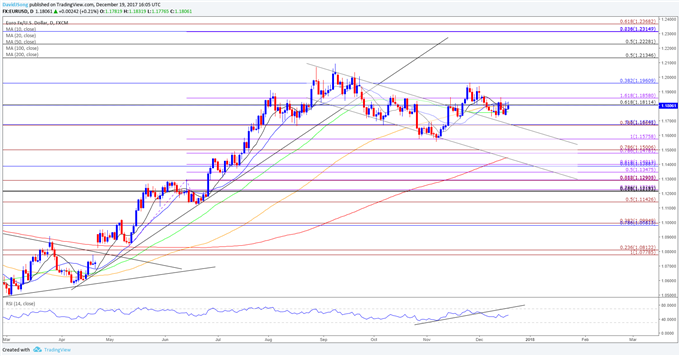 GBP/USD carves a narrowing range as U.K. and European Union (EU) officials gear up for phase two of the Brexit deal, but fresh remarks from the Bank of England (BoE) may alter the near-term outlook as Governor Mark Carney and Co. are scheduled to testify in front of Parliament.

The BoE may strike a balanced tone in front of U.K. lawmakers as the central bank ‘continued to judge that inflation was likely to be close to its peak, and would decline towards the 2% target in the medium term.’ In turn, Governor Carney may stick to the current script, with GBP/USD at risk of facing a larger pullback as the central bank endorses a wait-and-see approach for monetary policy. However, it seems as though the Monetary Policy Committee (MPC) is on course to implement one rate-hike per year as officials note ‘further modest increases in Bank Rate would be warranted over the next few years, in order to return inflation sustainably to the target.’

With that said, waning expectations for an imminent rate-hike may generate a larger pullback in GBP/USD especially as the Relative Strength Index (RSI) carves a bearish formation in December, but the broader outlook remains supportive as the pair continues to track the upward trend from earlier this year.Want to learn more about popular trading indicators and tools such as the RSI? Download and review the FREE DailyFX Advanced trading guides! 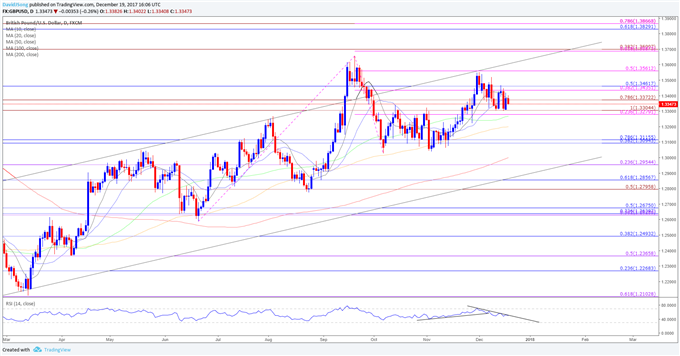