- GBP/USD Struggles as UK & EU Gear Up for Phase 2 of Brexit Deal. 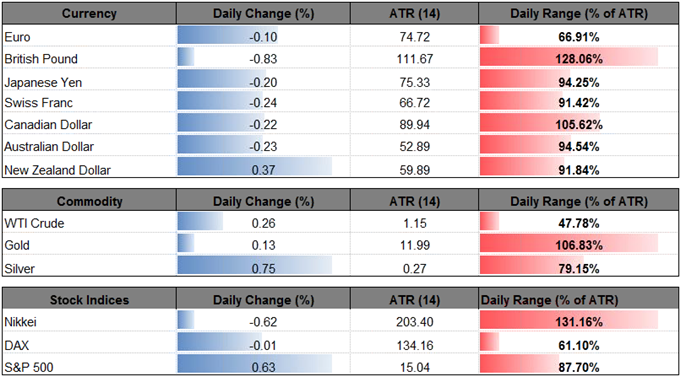 NZD/USD looks poised for a larger recovery as it breaks the monthly opening range, but New Zealand’s Gross Domestic Product (GDP) may tame the recent advance in the exchange rate as the growth rate is anticipated to slow to an annualized 2.4% from 2.5% in the second quarter of 2017.

A marked slowdown in economic activity is likely to produce a bearish reaction in kiwi-dollar as it dampens the outlook for price growth, and the Reserve Bank of New Zealand (RBNZ) may have little choice but to retain the record-low cash rate at the next meeting on February 8 as ‘underlying inflation remains subdued.’

Keep in mind, Adrian Orr takes the helm on March 27, with market participants looking for a gradually shift in the monetary policy outlook under the new leadership, but the broader outlook for NZD/USD remains tilted to the downside as both price and the Relative Strength Index (RSI) preserve the bearish formations carried over from the summer months. Want to learn more about popular trading indicators and tools such as the RSI? Download and review the FREE DailyFX Advanced trading guides! 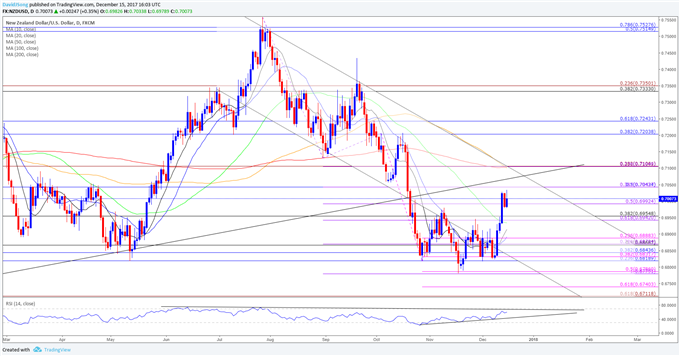 The British Pound struggles to hold its ground even the European Union (EU) announces that recent talks with U.K. officials have been ‘sufficient to move to the second phase related to transition and the framework for the future relationship,’ and the pound-dollar exchange rate stands at risk of facing choppy prices over the near-term as the ‘European Council will continue to follow the negotiations closely and will adopt additional guidelines in March 2018.’

Time may be against Prime Minister Theresa May as European officials note that the trade deals put forth by the U.K. have not been ‘convincing,’ and expectations for a fresh set of procedures may continue to drag on the British Pound as the EU highlights ‘that negotiations in the second phase can only progress as long as all commitments undertaken during the first phase are respected in full and translated faithfully into legal terms as quickly as possible.’

With limited U.K. data prints on tap for the week ahead, headlines surrounding phase 2 of the Brexit deal may influence GBP/USD, with the pair at risk for further losses following the failed attempt to test the 2017-high (1.3657). Want more insight? Sign up and join DailyFX Currency Analyst David Song LIVE for an opportunity to cover key market themes along with potential trade setups. 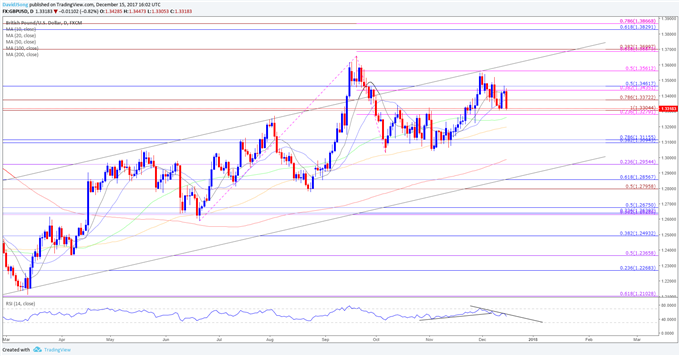 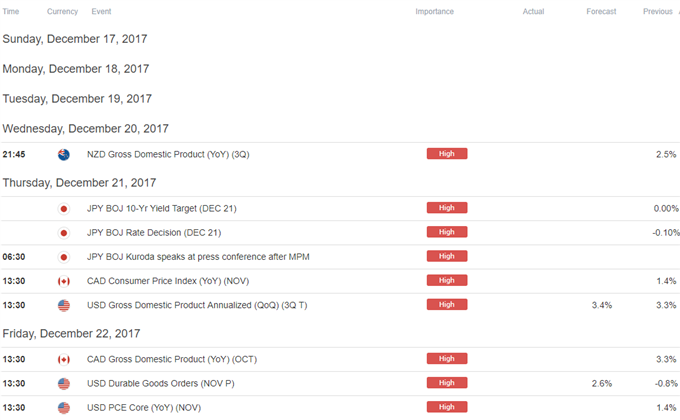