GBP/USD Weakness to Persist Ahead of BoE Meeting, EU Summit 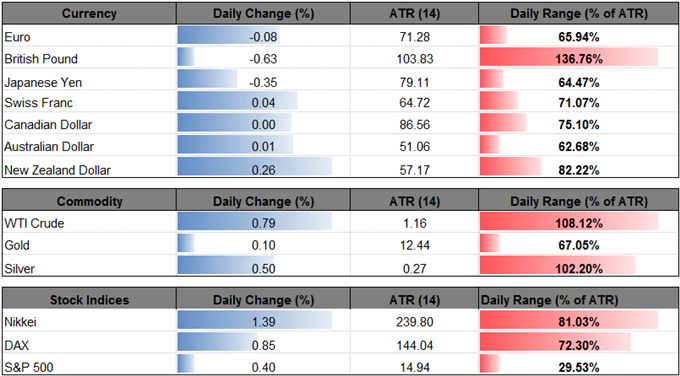 USD/JPY may face additional headwinds ahead of the Federal Reserve’s last interest rate decision for 2017 amid the mixed data prints coming out of the U.S. economy.

Despite the 228K expansion in U.S. Non-Farm Payrolls (NFP), the below-forecast print for U.S. Average Hourly Earnings is likely to put increased emphasis on the Consumer Price Index (CPI) as the Federal Open Market Committee (FOMC) struggles to achieve the 2% target for price growth.

Another 1.8% print for the core CPI may push Chair Janet Yellen and Co. to adjust their economic projections ahead of 2018, and a growing number of Fed officials may endorse a more shallow path for the benchmark interest rate as ‘many participants observed that there was some likelihood that inflation might remain below 2 percent for longer than they currently expected.’

Keep in mind, the FOMC is widely anticipated to raise the Fed Funds rate by 25bp on December 13, but a dovish rate-hike may trigger a bearish reaction in the U.S. dollar as it drags on interest-rate expectations. Varying market conditions require alternative strategies as trends change. Want a better understanding of the different approaches for trading? Download and review the FREE DailyFX Advance Trading Guide! 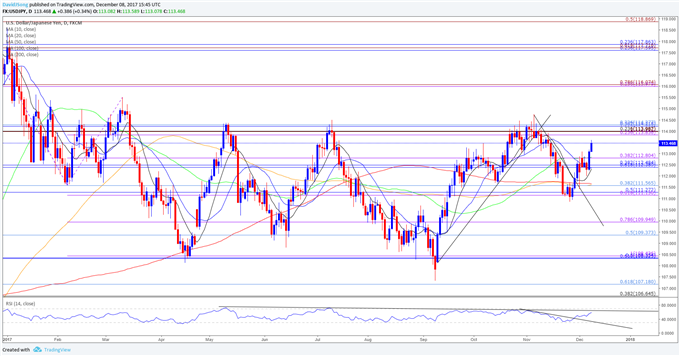 The British Pound faces a slew of key event risks next week, with the pair at risk of facing choppy price action ahead of the European Union (EU) Summit scheduled for December 14-15 as the economic docket is anticipated to show easing price pressures across the United Kingdom (UK).

Another 2.7% print for the U.K. Consumer Price Index (CPI) paired with a 2.2% reading for core household earnings may drag on the British Pound as it dampens the outlook for growth and inflation, and the Bank of England (BoE) may largely endorse a wait-and-see approach ahead of 2018 as ‘considerable risks to the outlook, which included the response of households, businesses and financial markets to developments related to the process of EU withdrawal.’ Nevertheless, Governor Mark Carney and Co. may gradually change its tune over the coming months as the central bank starts to normalize monetary policy, and the BoE may stay on course to implement one rate-hike per year as ‘most recent assessment of the outlook for inflation and activity, contained in the November Inflation Report, was conditioned on a market path that implied two additional 25 basis point increases in Bank Rate over the three-year forecast period.’

As a result, GBP/USD may continue to consolidate following the failed attempt to test the 2017-high (1.3657), but the resilience in the pound-dollar exchange rate may persist going into the end of the year as the BoE moves away from its easing-cycle. Interested in having a broader discussion on current market themes? Sign up and join DailyFX Currency Analyst David Song LIVE for an opportunity to discuss potential trade setups! 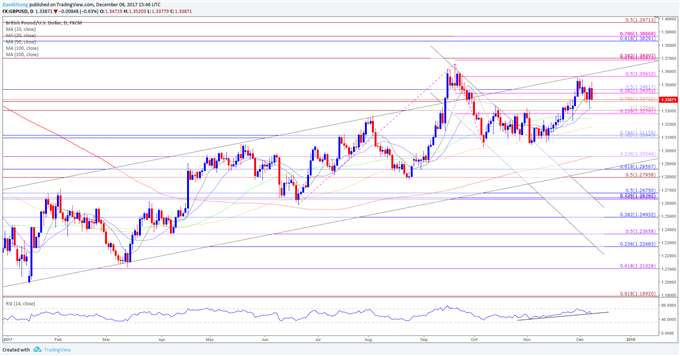 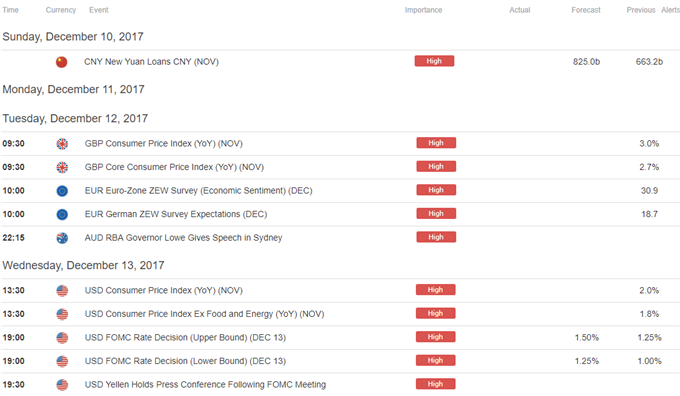