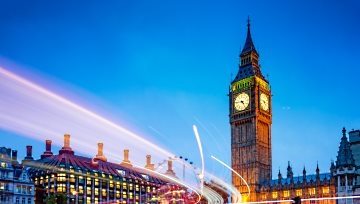 GBP/USD Rebounds Ahead of BoE; Outlook Mired by Bearish Sequence 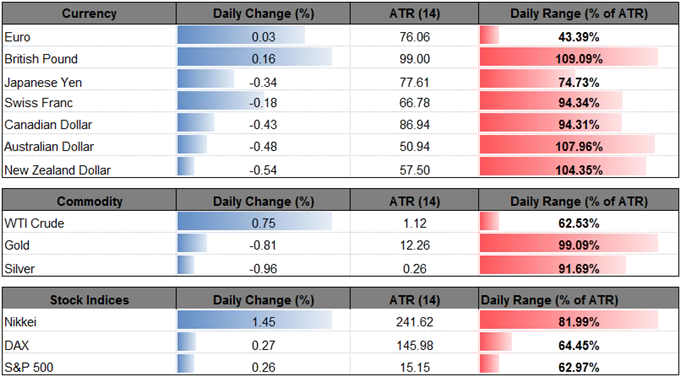 GBP/USD pares the decline from earlier this week as the United Kingdom (U.K.) and European Union (EU) inch closer to reaching a deal, but the near-term outlook for the pound-dollar exchange rate remains mired by the recent series of lower highs & lows in the exchange rate.

Progress towards a workable Brexit deal should heighten the appeal of the British Pound, with more details likely to emerge at the EU Summit scheduled for December 14-15, and GBP/USD may stage a more meaningful rebound ahead of the Bank of England’s (BoE) last 2017 interest rate decision on December 14 as the central bank notes that the ‘most recent assessment of the outlook for inflation and activity, contained in the November Inflation Report, was conditioned on a market path that implied two additional 25 basis point increases in Bank Rate over the three-year forecast period.’

However, GBP/USD may continue to consolidate following the failed run at the 2017-high (1.3657) as the pair snaps the monthly opening range and starts to carve a bearish sequence. Varying market conditions require alternative strategies as trends change. Want a better understanding of the different approaches for trading? Download and review the FREE DailyFX Advance Trading Guide! 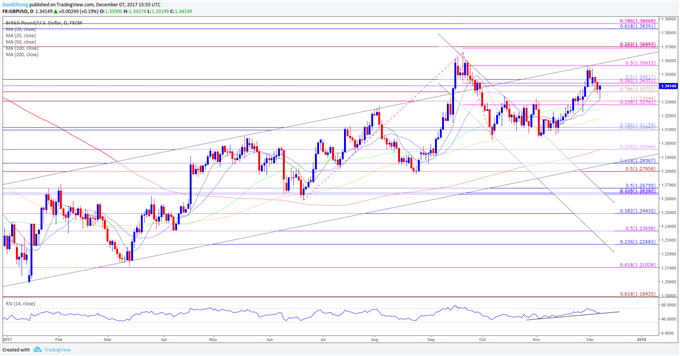 AUD/USD stands at risk for further losses as it snaps the opening range for December, and the pair may continue to exhibit a bearish behavior over the remainder of the year should the Reserve Bank of Australia (RBA) tame expectations for higher borrowing-costs.

Broader outlook for aussie-dollar remains tilted to the downside as both price and the Relative Strength Index (RSI) preserve the bearish formations carried over from September, and the pair may continue to give back the advance from the May-low (0.7329) especially as a ‘death cross’ appears to be taking shape. The negative slope on both the 50 & 200-Day Simple Moving Average (SMA) raises the scope of seeing a bearish signal, with the downside targets on the radar for AUD/USD as it carves a fresh series of lower highs & lows during the first full-week of December.

Keep in mind, a slew of Reserve Bank of Australia (RBA) officials are scheduled to speak over the next 24-hours of trade, with Governor Philip Lowe likely to reiterate that ‘it is more likely that the next move in interest rates will be up, rather than down,’ but the central bank appears to be in no rush to remove the record-low cash rate as ‘growth in housing debt has been outpacing the slow growth in household income for some time.’ In turn, the RBA may stick to the sidelines for the foreseeable future, and the central bank may continue to endorse a wait-and-see approach at its next policy meeting on February 6, 2018 as ‘inflation remains low, with both CPI and underlying inflation running a little below 2 per cent.’ 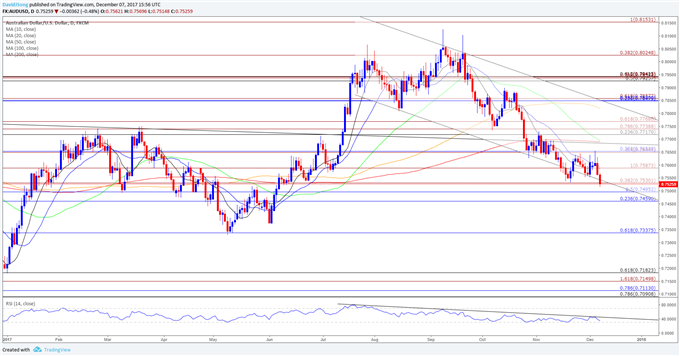 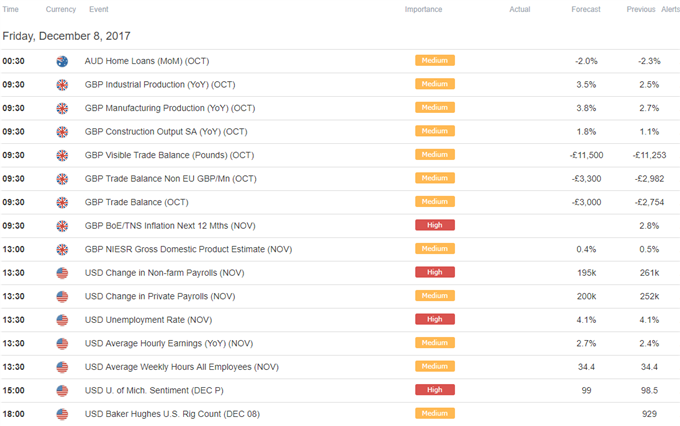