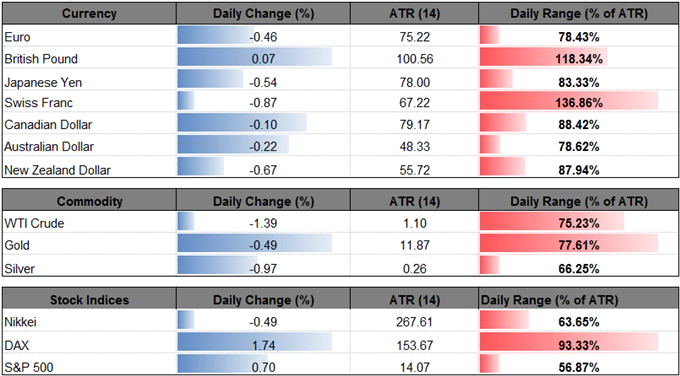 The British Pound remains bid coming into the first full week of December, and GBP/USD may continue to exhibit a bullish behavior over the coming days as the U.K. and European Union (EU) inch towards a Brexit agreement.

Market participants are likely to pay close attention to the headlines coming out of the U.K. as Prime Minister Theresa May meets with EU officials and is scheduled to appear in front of the House of Commons for questions later this week. Progress towards the next phase of negotiations may keep Sterling afloat as it curbs the risk for a ‘hard Brexit,’ and the pound-dollar exchange rate may continue to gain ground ahead of the Bank of England’s (BoE) last 2017 meeting on December 14 as the central bank starts to move away from its easing-cycle.

Even though the BoE is widely expected to keep the benchmark interest rate at 0.50%, Governor Mark Carney and Co. is likely to prepare U.K. households and businesses for higher borrowing-costs as ‘most recent assessment of the outlook for inflation and activity, contained in the November Inflation Report, was conditioned on a market path that implied two additional 25 basis point increases in Bank Rate over the three-year forecast period.’ In turn, the BoE may stay on course to deliver one rate-hike per year, and the shift in monetary policy may keep GBP/USD within the upward trending channel from earlier this year especially as the bullish momentum appears to be gathering pace. 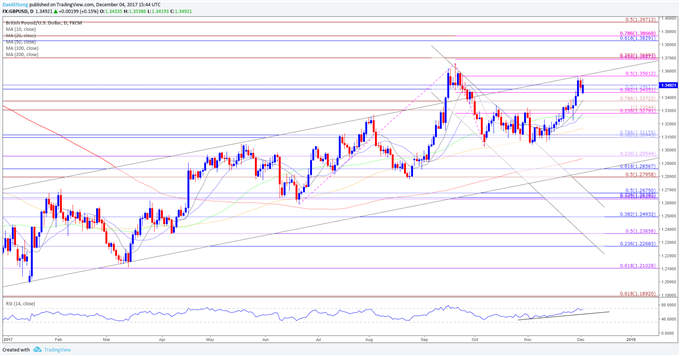 NZD/USD struggles to hold its ground ahead of the next Global Dairy Trade (GDT) auction on December 5, with the pair at risk for further losses should the Reserve Bank of New Zealand (RBNZ) continue to endorse a wait-and-see approach for monetary policy.

With Whole Milk Powder prices contracting 2.7% at the last GDT event on November 21, RBNZ acting Governor Grant Spencer may largely reiterate ‘monetary policy will remain accommodative for a considerable period’ as the central bank head is slated to deliver a speech titled ‘low inflation and its implications for monetary policy.’ A fresh batch of dovish rhetoric may fuel the near-term weakness in NZD/USD, with the pair at risk of extending the sharp decline from back in October as the coalition government under Prime Minister Jacinda Ardernretains their pledge to review and revise the central bank’s mandate. 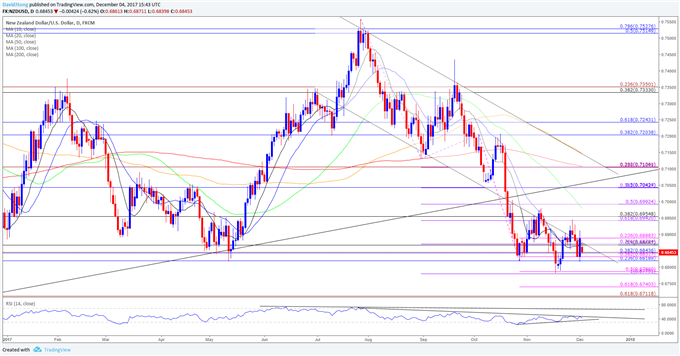 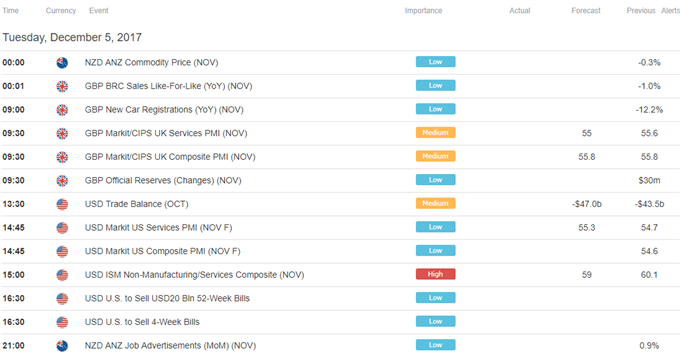