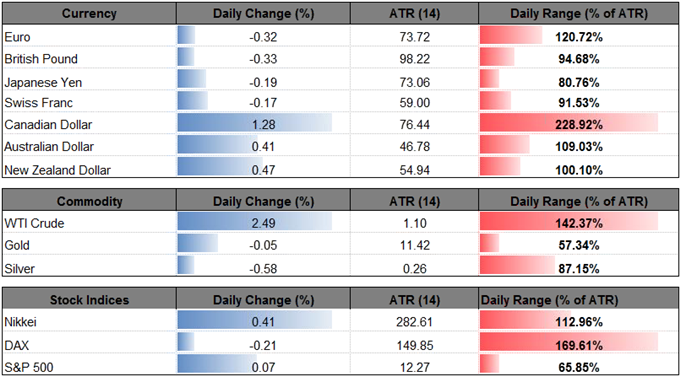 USD/CAD gives back the advance from earlier this week as Canada added a staggering 79.5K jobs in November, with the 3Q Gross Domestic Product (GDP) report beating market expectations, and the pair may exhibit a more bearish behavior over the near-term should the Bank of Canada (BoC) show a greater willingness to further normalize monetary policy in 2018.

Even though the BoC is largely anticipated to retain the current policy at its last 2017 interest rate decision on December 6, the central bank may strike a more hawkish tone as the ongoing improvement in the labor market pushes the Unemployment Rate down to an annualized 5.9%, the lowest reading since 2008. In turn, Governor Stephen Poloz and Co. may prepare Canadian households and businesses for higher borrowing-costs as ‘less monetary policy stimulus will likely be required over time.’

With that said, USD/CAD may threaten the range-bound price action carried over from November as it marks another failed attempt to test the key former-support zone around1.2980 (61.8% retracement) to 1.3030 (50% expansion), with the pair facing a growing risk of giving back the rebound from the 2017-low (1.2061) as a bear-flag appears to be taking shape. 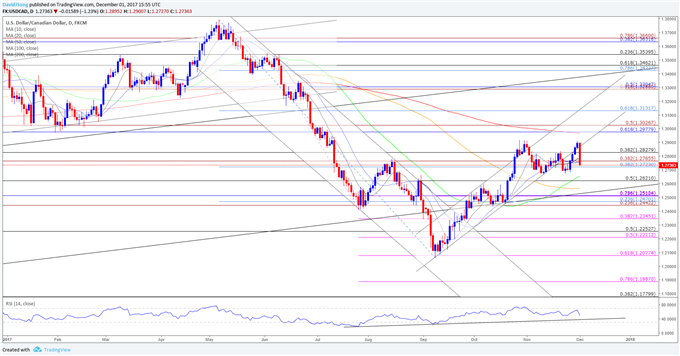 EUR/USD may continue to consolidate following the limited reaction to the below-forecast ISM Manufacturing survey as the pair preserves the range-bounce price action from earlier this week.

The monthly opening range for EUR/USD is in focus as the U.S. Non-Farm Payrolls (NFP) report is anticipated to show the economy adding another 200K jobs in November, while Average Hourly Earnings are projected to increase an annualized 2.7% after expanding 2.4% in October. A further improvement in labor market dynamics accompanied by signs of stronger wage growth may undermine the near-term resilience in the euro-dollar exchange rate as the Federal Open Market Committee (FOMC) appears to be on course to deliver a December rate-hike.

However, another batch of mixed data prints may undermine the Fed’s scope to implement higher borrowing-costs in 2018, and market participants may pay increased attention to the updated projections coming out of the central bank amid the upcoming rotation within the FOMC. 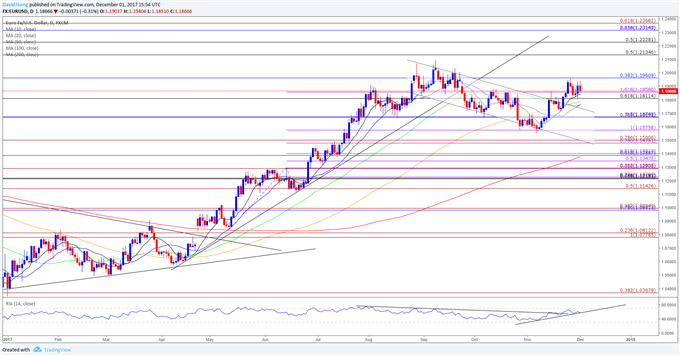 Want to learn more about popular trading indicators and tools such as the RSI? Download and review the FREE DailyFX Advanced trading guides! 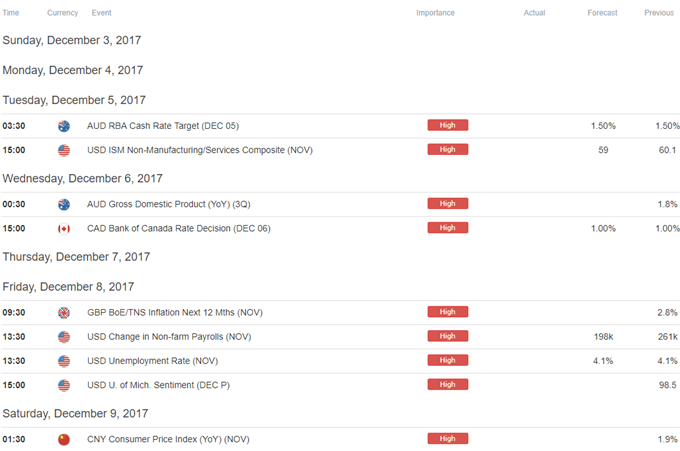