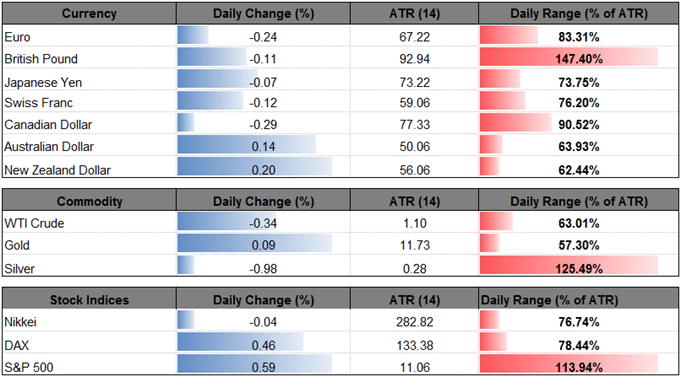 NZD/USD extends the rebound from earlier this month, with the pair quickly approaching the November-high (0.6980), but the Reserve Bank of New Zealand’s (RBNZ) Financial Stability Report (FSR) may rattle the near-term recovery in the exchange rate should the central bank cast a dovish outlook for monetary policy.

With acting Governor Grant Spencer scheduled to testify in front of Parliament’s Finance and Expenditure committee, the central bank head may merely attempt to buy more time especially as the coalition government under Prime Minister JacindaArdern pledge to review and revise the RBNZ’s mandate. With that said, Governor Spencer is likely to reiterate that ‘monetary policy will remain accommodative for a considerable period,’ and a batch of dovish rhetoric may ultimately dampen the appeal of the New Zealand dollar as the RBNZ remains in no rush to lift the cash rate off of the record-low. 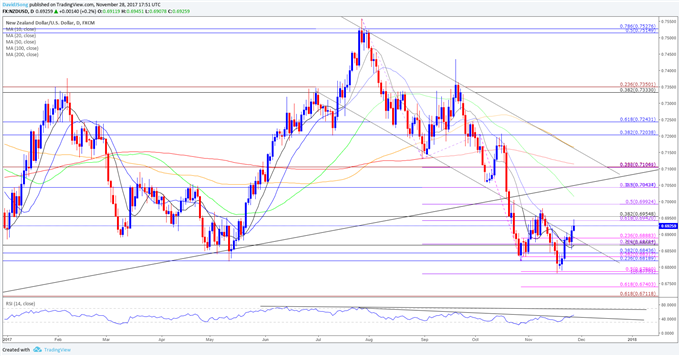 The British Pound struggles to hold its ground as the Bank of England’s (BoE) Financial Stability Review revealed five of the seven major U.K. lenders passing the latest stress test, and GBP/USD may continue to face near-term headwinds as Governor Mark Carney and board member David Ramsden are scheduled to speak at an event held by the FICC Markets Standards Board (FMSB).

Even though the BoE ‘judges the U.K. banking system could continue to support the real economy through a disorderly Brexit,’ Monetary Policy Committee (MPC) officials may largely endorse a wait-and-see approach ahead of 2018 as ‘there remain considerable risks to the outlook, which include the response of households, businesses and financial markets to developments related to the process of EU withdrawal.’ As a result, the BoE may continue to tame expectations for an imminent rate-hike, and the fresh batch of central bank rhetoric may dampen the appeal of the British Pound as Governor Carney and Co. appear to be in no rush to further normalize monetary policy.

Keep in mind, the BoE may stay on course to implement one rate-hike per year as ‘the MPC’s most recent assessment of the outlook for inflation and activity, contained in the November Inflation Report, was conditioned on a market path that implied two additional 25 basis point increases in Bank Rate over the three-year forecast period,’ and the pound-dollar exchange rate may exhibit a more bullish behavior over the coming months as the central bank starts to unwind its easing-cycle. 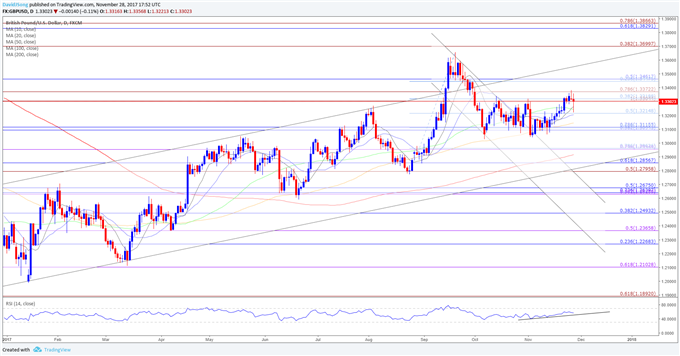 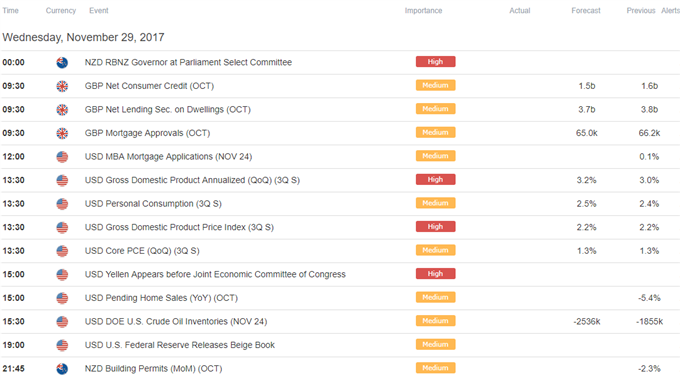