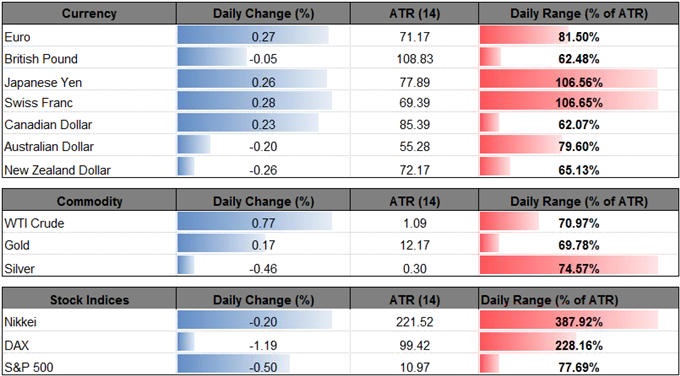 Gold prices appear to be breaking out of a near-term range, with the precious metal at risk of exhibiting a more bullish behavior as it starts to carve a series of higher highs & lows.

Bullion may stay bid ahead of the Federal Open Market Committee’s (FOMC) last 2017-meeting on December 13 as the precious metal clears the monthly opening range following the failed attempts to test the October-low ($1261). 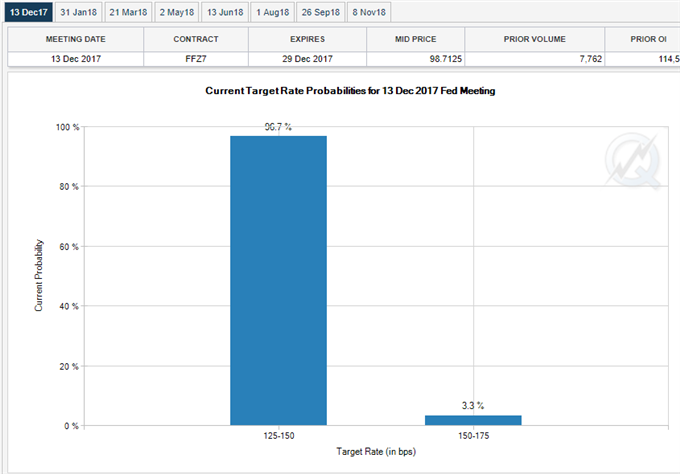 Even though Chair Janet Yellen and Co. are widely anticipated to deliver a 25bp rate-hike ahead of 2018, the recent advance in the U.S. dollar appears to be losing momentum as the upcoming rotation within the FOMC dampens bets for higher borrowing costs. As a result, market participants may pay increased attention to the fresh forecasts coming out of the central bank as the Fed appears to be on course to implement three rate-hikes per year. 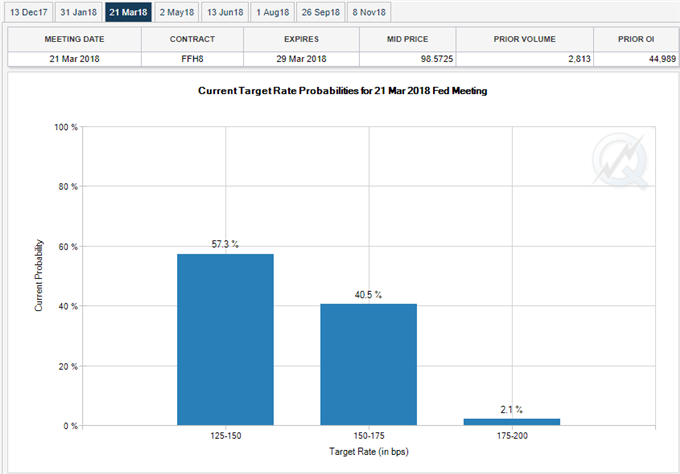 Keep in mind, the FOMC is already expected to keep the interest rate on hold in March 2018 as Chair Yellen’s tenure expires in February, and the broader shift in market behavior may continue to take shape over the coming months as the Fed runs the risk of reaching the end of its hiking-cycle ahead of schedule. 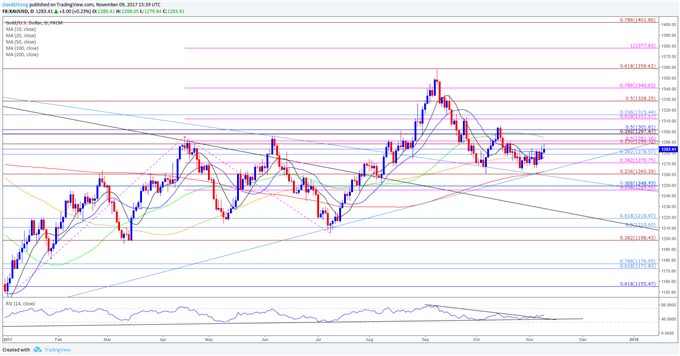 USD/JPY fails to preserve the narrow range carried over from the previous week, and the pair faces a growing risk of giving back the advance from the 2017-low (107.32) as both price and the Relative Strength Index (RSI) snap the bullish formations from September.

Mixed data prints coming out of the U.S. economy may continue to rattle the near-term advance in the USD/JPY as it dampens the Fed’s scope to implement higher borrowing-costs, and the U. of Michigan Confidence survey may do little to alter the monetary policy outlook as the gauge for household sentiment is expected to show a marginal increase to 100.9 from 100.7 in October.

In turn, the dollar-yen exchange rate may face a more bearish fate over the remainder of the year as U.S. Treasury yields highlight a similar dynamic and pull back from recent highs, and the 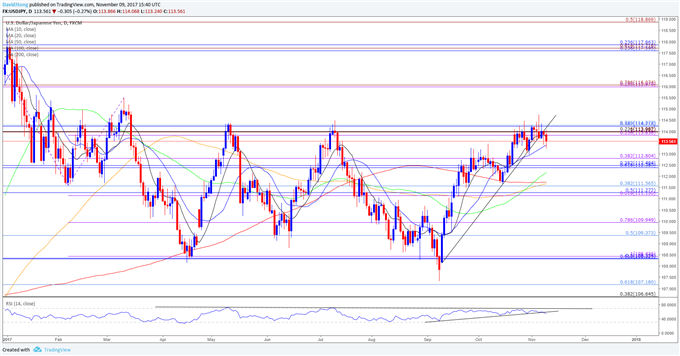 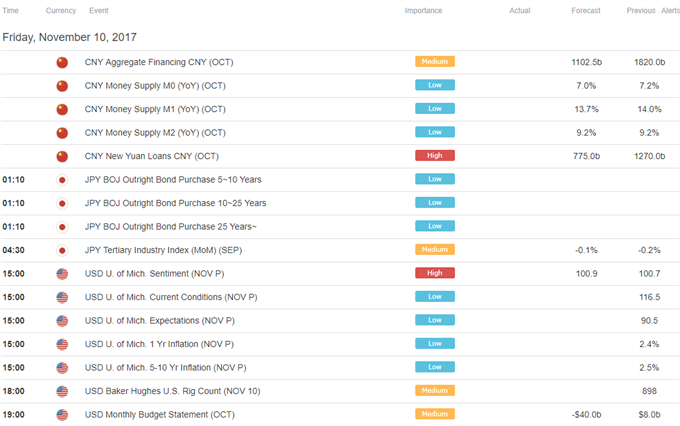 Interested in a broader discussion on current market themes and dynamics? Sign up and join DailyFX Currency Analyst David Song LIVE for an opportunity to cover potential trade setups!