- GBP/USD Remains Bid Ahead of BoE as EU Pledges to Advance Brexit Negotiations.

-New to Forex? Get started with the FREE DailyFX Beginners Guide. 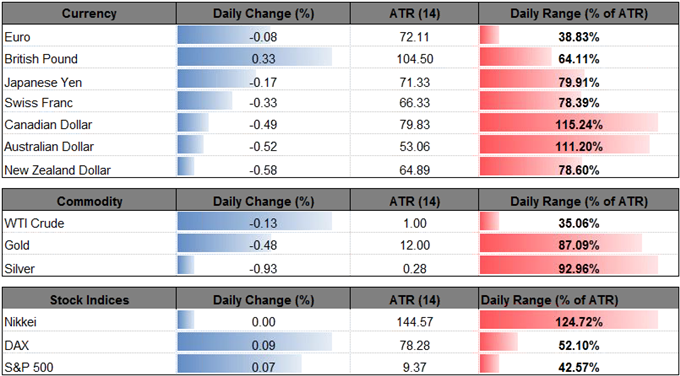 The British Pound extends the advance from earlier this week as European Union (EU) Chief Negotiator for Brexit Michael Barnier pledges to meet with U.K. officials within ‘hours or days’ to initiate a new round of talks.

The narrowing threat of a ‘hard Brexit’ may keep the British Pound bid ahead of the Bank of England’s (BoE) quarterly meeting, with the central bank widely anticipated to deliver a 25bp rate-hike on ‘Super Thursday.’ The fresh developments coming out of the BoE may boost the appeal of Sterling should Governor Mark Carney and Co. show a greater willingness to move away from the easing-cycle and implement higher borrowing-costs in 2018. As a result, GBP/USD may continue to retrace the decline from the 2017-high (1.3657) as the BoE starts to normalize monetary policy and lays out a more detailed exit strategy.

However, GBP/USD stands at risk of facing a more bearish fate if the Monetary Policy Committee (MPC) implements a dovish rate-hike and endorses a wait-and-see approach for 2018. 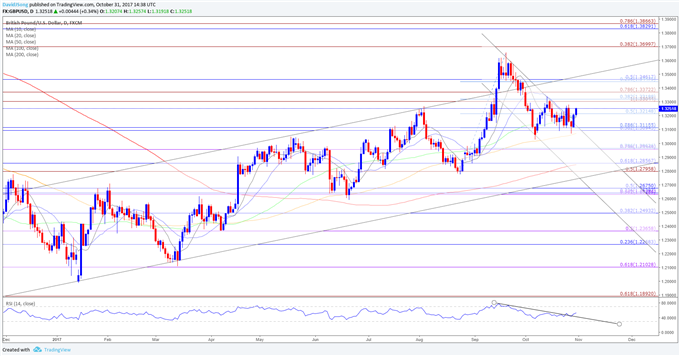 USD/JPY initiates a fresh series of lower highs & lows even as the Bank of Japan (BoJ) sticks to its Quantitative/Qualitative Easing (QQE) Program with Yield-Curve Control, and the pair may continue to give back the advance from the September-low (107.32) should the Federal Reserve highlight a more shallow path for the benchmark interest rate.

Similar to the BoJ, the Federal Open Market Committee (FOMC) interest rate decision may ultimately yield a limited response as the central bank is widely anticipated to keep the benchmark interest rate at the current threshold of 1.00% to 1.25%. Keep in mind, Fed Fund Futures are pricing a greater than 90% probability for a December rate-hike, and the central bank may merely use this opportunity to buy more time especially as Chair Janet Yellen’s tenure is set to expire in February.

With that said, market participants are likely to hunt for clues on how the benchmark interest rate will evolve in 2018, but more of the same from the FOMC may produce near-term headwinds for the greenback as central bank official start to trim the longer-run forecast for the Fed Funds rate. 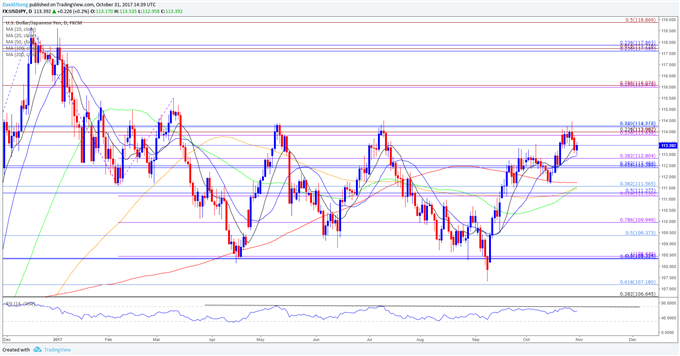 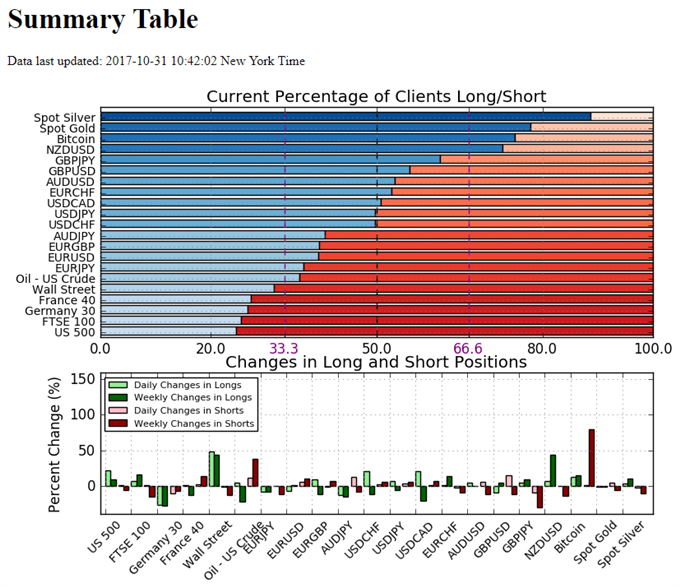 To LearnMore About How Retail Position/Sentiment Impact Trend, Download the DailyFX Guide! 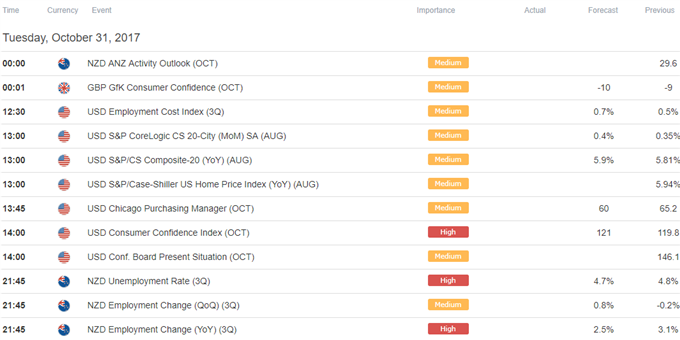