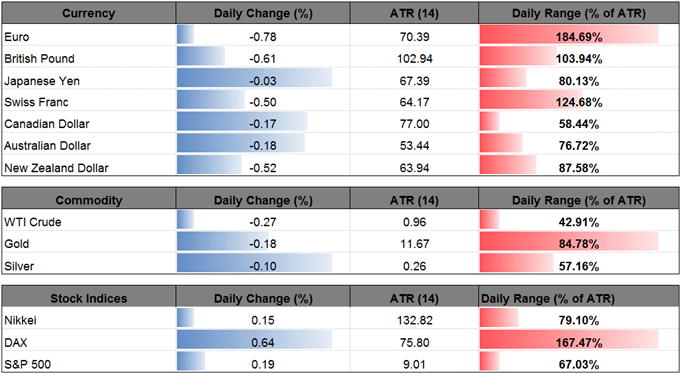 USD/JPY appears to be regaining its footing ahead of the 3Q U.S. Gross Domestic Product (GDP) report, with U.S. Treasury Yields highlighting a similar dynamic, but failure to test the July-high (114.50) raises the risk for a near-term correction as the exchange rate preserves the broad range from earlier this year.

A marked slowdown in the growth rate may undermine the near-term rebound in USD/JPY as it drags on interest-rate expectations, but market participants may pay increased attention to the core Personal Consumption Expenditure (PCE), the Fed’s preferred gauge for inflation, as the figure is anticipated to increase to an annualized 1.3% from 0.9% in the second-quarter.

Signs of heightening price pressures may spur a bullish reaction in the greenback as it encourages the Federal Open Market Committee (FOMC) to further normalize monetary policy over the coming months, and Chair Janet Yellen and Co. may adopt a more hawkish tone at the next rate decision on November 1 as ‘participants cautioned that an unduly slow pace in removing policy accommodation could result in an overshoot of the Committee's inflation objective in the medium term.’

At the same time, a batch of dismal developments may tame the recent advance in USD/JPY as it dampens the Fed’s scope to implement higher borrowing-costs, and a growing number of FOMC officials may forecast a more shallow path for the benchmark interest rate as the central bank struggles to achieve the 2% target for price growth. 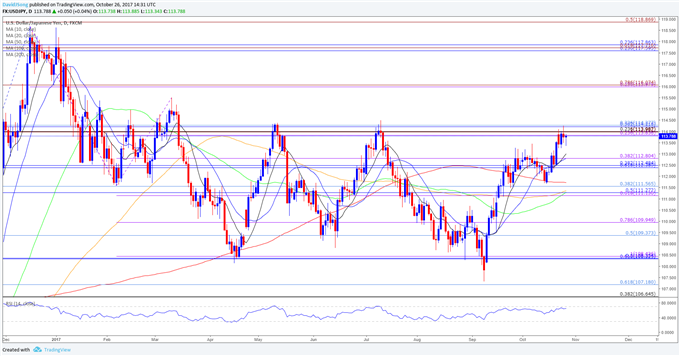 Even though the ECB plans to taper its asset-purchases to EUR 30B/month starting in January, the fresh developments coming out of the Governing Council may continue to sap the appeal of the Euro as the non-standard measure is expected to run ‘until the end of September 2018, or beyond, if necessary.’ It seems as though the majority of the Governing Council will continue to endorse an open-ended approach for the QE exit as ‘the economic outlook and the path of inflation remain conditional on continued support from monetary policy,’ with the euro-dollar exchange rate at risk of facing a more material correction especially as the Federal Open Market Committee (FOMC) is widely expected to deliver another rate-hike in December.

However, there appears to be a growing rift within the ECB as officials argue ‘the strong cyclical momentum, as evidenced in recent developments in sentiment indicators, could lead to further positive growth surprises,’ and the Governing Council may lay out a more detailed exit strategy in 2018 as ‘risks surrounding the euro area growth outlook remain broadly balanced.’ With that said, the gradual adjustment in the ECB’s stance for monetary policy may continue to foster a broader shift in EUR/USD behavior as President Draghi and Co. appear to be approaching the end of their easing-cycle. 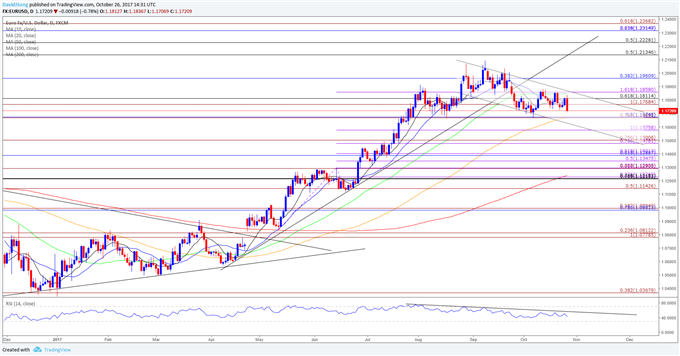 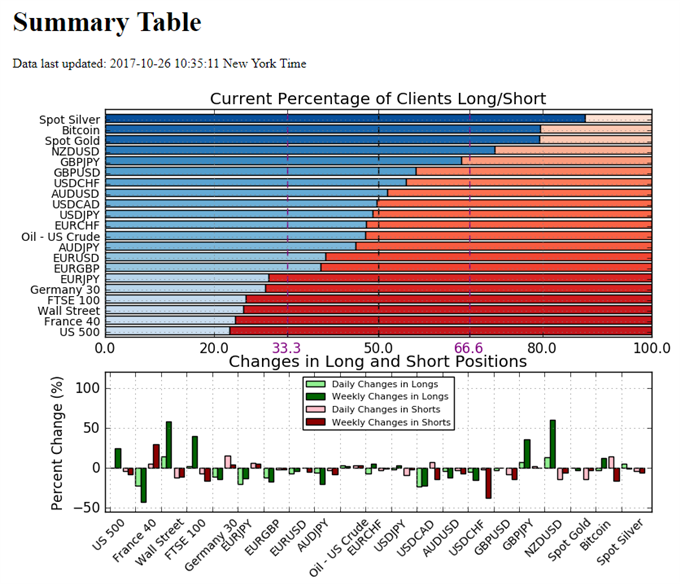