- Sign Up & Join DailyFX Currency Analyst David Song for a Preview of the ECB Meeting. 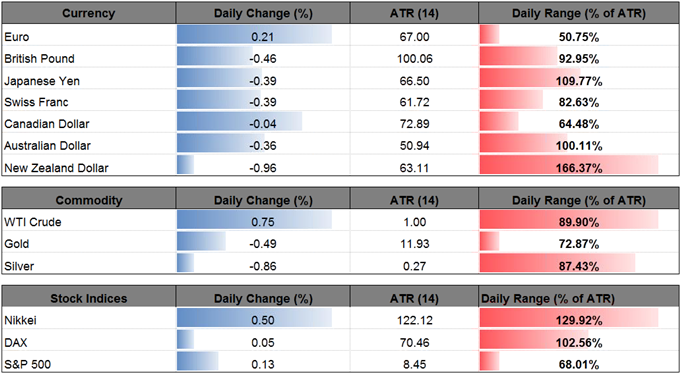 EUR/USD pares the decline from earlier this week, with the exchange rate at risk of facing range-bound conditions ahead of the European Central Bank (ECB) meeting on October 26 as President Mario Draghi and Co. appear to be on course to wind down the asset-purchase program.

The Governing Council is widely expected to move away from its easing-cycle as ‘the continued strong momentum of the euro area economy supported confidence that inflation would gradually reach levels in line with the ECB’s medium-term objective.’ In turn, the central bank may layout a more detailed exit strategy especially as the central bank’s most recent lending survey notes that ‘in terms of the impact of the ECB’s expanded asset purchase programme (APP), euro area BLS banks continued to report a positive impact on their liquidity position and market financing conditions over the past six months.’

In turn, the Euro may face a bullish reaction as the ECB alters the outlook for monetary policy, but market participants may pay increased attention to the future composition of the central bank’s balance sheet as a growing number of Governing Council officials show a greater willingness to extend the quantitative easing (QE) program beyond the December deadline. As a result, a protracted QE program may ultimately drag on EUR/USD with the Federal Reserve largely anticipated to deliver another rate-hike in December. 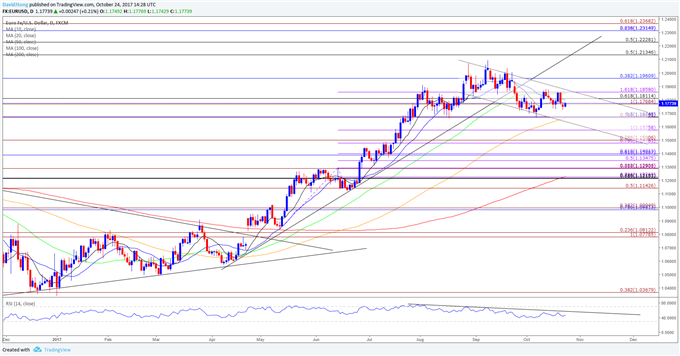 GBP/USD struggles to hold its ground ahead of the advance U.K. Gross Domestic Product (GDP) report, with the pair facing a greater risk of giving back the advance from the October-low (1.3027) amid the string of failed attempts to close above the 1.3210 (50% retracement) hurdle.

Even though the Bank of England (BoE) warns ‘some withdrawal of monetary stimulus is likely to be appropriate over the coming months in order to return inflation sustainably to target,’ a lackluster GDP report may generate another 7 to 2 split meeting as the U.K. economy anticipated to grow another 1.5% in the third quarter of 2017. In turn, the pound-dollar exchange rate may exhibit a more bearish behaviorahead of the next BoE meeting on November 2 as both price and the Relative Strength Index (RSI) retain the downward trends carried over from September.

However, a batch of better-than-expected data prints may spark a bullish reaction in the British Pound as it puts increased pressure on Governor Mark Carney and Co. to normalize monetary policy, and the central bank may adopt a more hawkish tone ahead of 2018 as ‘members continue to judge that, if the economy follows a path broadly consistent with the August Inflation Report central projection, then monetary policy could need to be tightened by a somewhat greater extent over the forecast period than current market expectations.’ 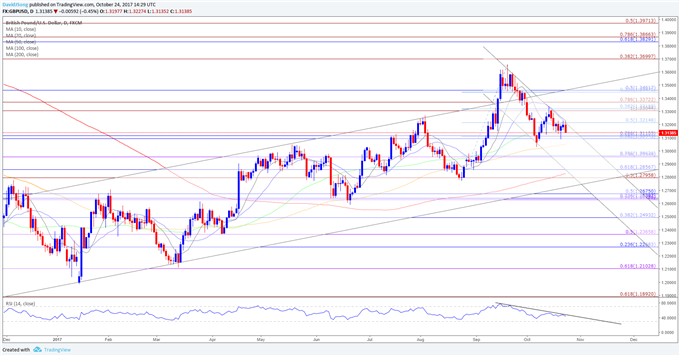 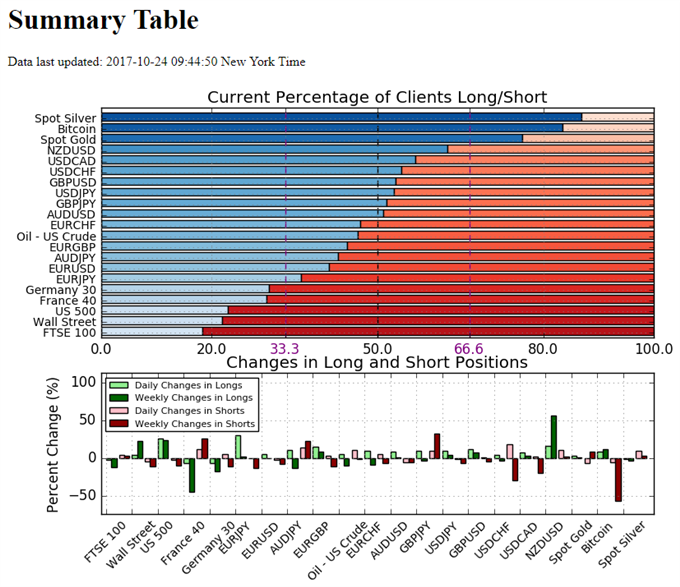