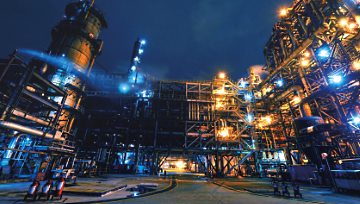 Oil Flirts With Resistance as US Output Falls, OPEC Looks at All Options 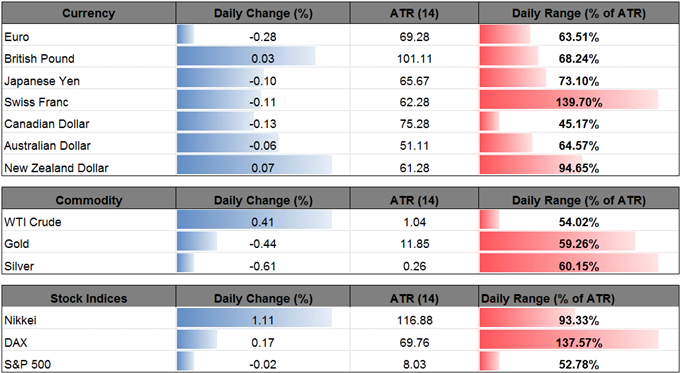 Crude remains bid as recent updates coming out of the U.S. Energy Information Administration (EIA) showed a marked decline in field outputs, while the Organization of Petroleum Exporting Countries (OPEC) and its allies keep the door open to further rebalance the energy market.

With U.S. crude field production narrowing to its lowest level since the week ending May 30,2014, the slowdown may continue to foster a bullish outlook for oil prices especially as OPEC and Non-OPEC members warn ‘all options are left open to ensure that every effort is made to rebalance the market for the benefit of all.’ In turn, broader outlook for crude remains constructive ahead of the group’s next meeting on November 30, but the rebound from the monthly-low ($49.13) appears to be losing momentum ahead of the September-high ($52.83) as the Relative Strength Index (RSI) flat lines ahead of overbought territory. 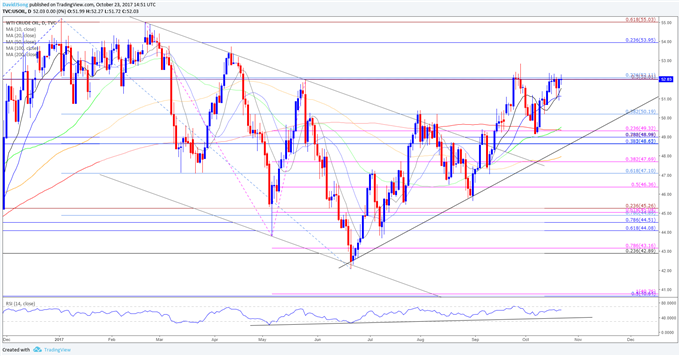 USD/JPY gaps to a fresh monthly high of 114.10 following the general election in Japan, with the Yen at risk of facing further losses as Prime Minister Shinzo Abe’s coalition retains two-thirds majority in the lower house.

The results should keep the Bank of Japan (BoJ) on course to further expand its balance sheet as Governor Haruhiko Kuroda and Co. struggle to achieve the 2% target for inflation, and the central bank may continue to carry out the Quantitative/Qualitative Easing (QQE) Program with Yield-Curve Control in 2018 as officials argue ‘the Bank should continue with the current monetary policy with the aim of persistently encouraging the virtuous cycle to take hold and completely overcoming deflation.’ With that said, the deviating paths for monetary policy instills a long-term bullish outlook for USD/JPY, but like U.S. Treasury Yields, the pair may continue to track the range-bound price action from earlier this year as Federal Reserve officials start to project a more shallow path for the benchmark interest rate. 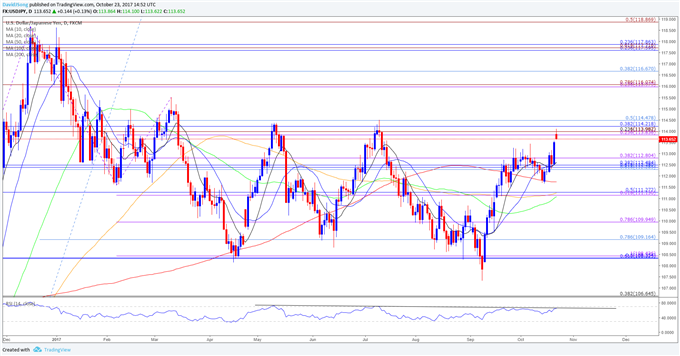 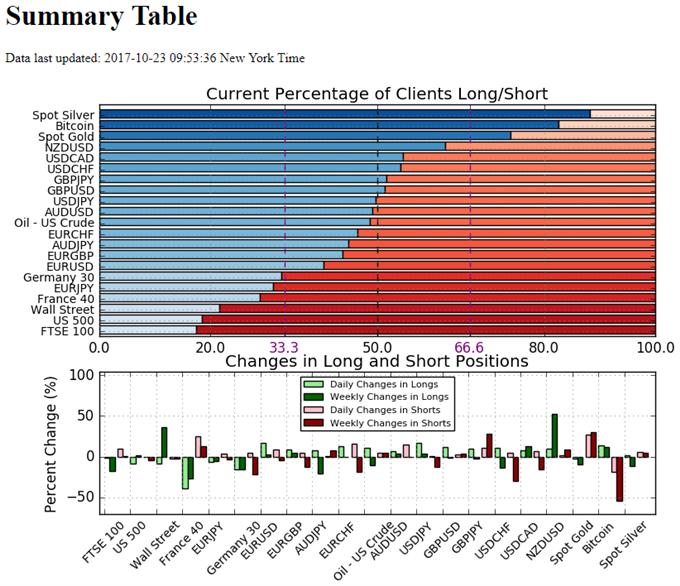