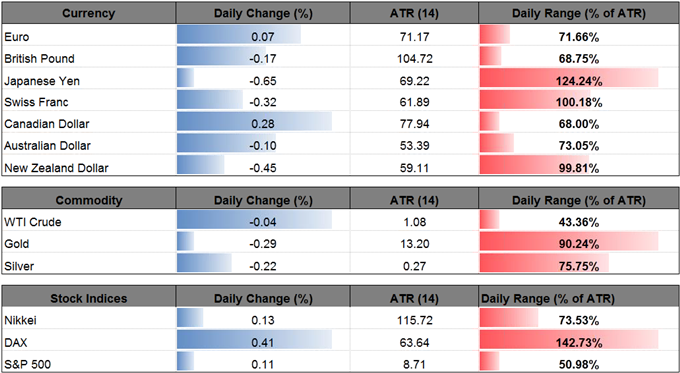 Fresh rhetoric coming out of the European Central Bank (ECB) has failed to prop up EUR/USD, with the pair at risk of extending the bearish sequence from the previous week as President Mario Draghi and Co. appear to be on course to carry the quantitative-easing (QE) program into 2018.

Even though Governing Council member Francois Villeroy de Galhau warns ‘there should be an adequate reduction of our net asset purchases, toward their possible end,’ it seems as though the ECB remains in no rush to halt the non-standard measure as the central bank struggles to achieve its one and only mandate for price stability. In a recent speech, President Draghi offered zero guidance, with the central bank head merely noting that there is a ‘window of opportunity’ to implement structural reforms as the central bank sticks to the zero-interest rate policy (ZIRP).

As a result, the Euro stands at risk of facing headwinds ahead of the ECB’s October 26 meeting as officials show a greater willingness to preserve the QE program beyond the December deadline. 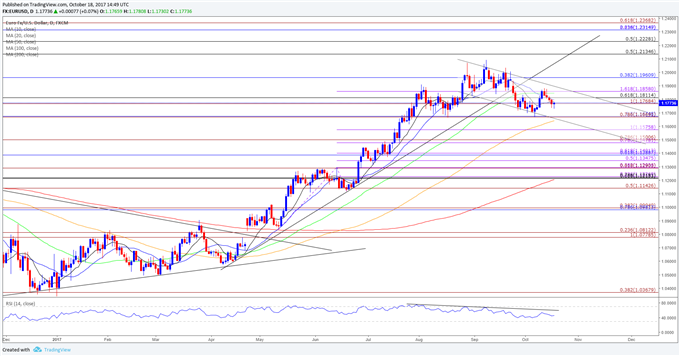 Fresh comments from Federal Reserve officials appear to be weighing on gold prices as Chair Janet Yellen and Co. look to further normalize monetary policy over the coming months.

Even though Philadelphia Fed President Patrick Harker argues the Federal Open Market Committee (FOMC) has ‘no need to firmly commit’ to a December rate-hike, the 2017-voting member went onto say the central bank should ‘prudently move up to the neutral real rate as quickly as possible’ as there remains ‘very little slack’ in the U.S. labor market. At the same time, New York Fed President William Dudley also appears to be on board to further normalize monetary policy as the permanent voting-member notes that ‘pressure on resources will drive up wages over time.’

With that said, the FOMC may stick with its current pace and deliver three-hikes in 2018, but the downward revision in the longer-run interest rate forecast suggests the committee may hit the end of the hiking-cycle ahead of schedule as the central bank struggles to achieve the 2% target for inflation. 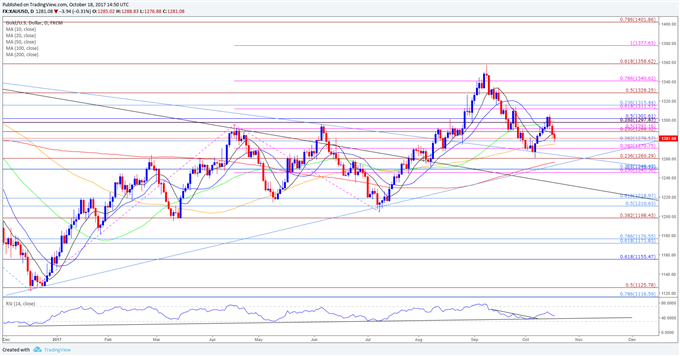 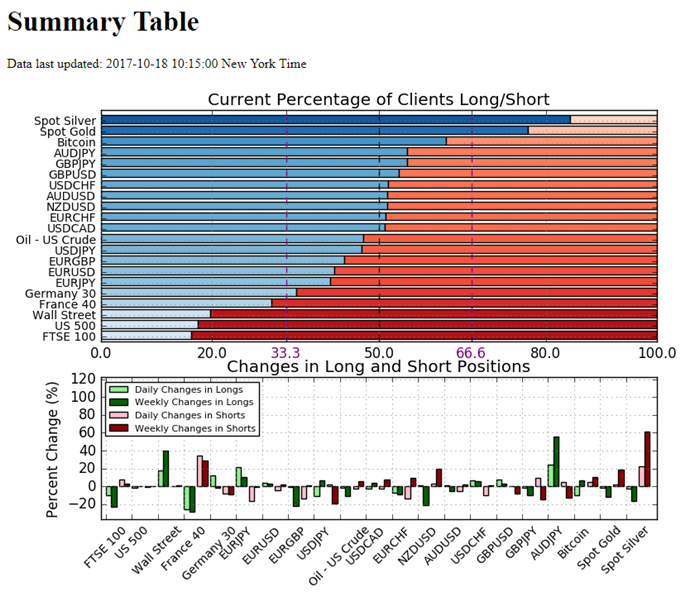