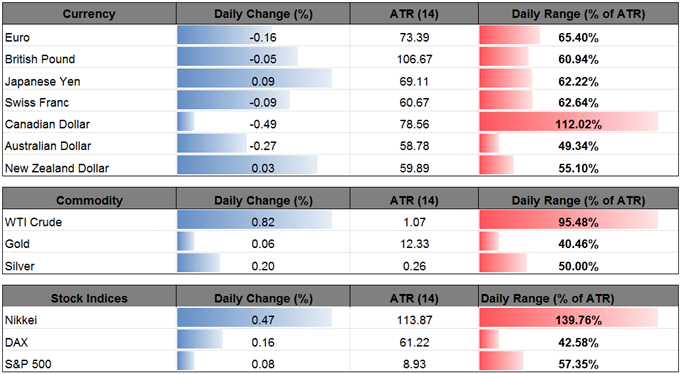 NZD/USD struggles to extend the bullish sequence from the previous week, with the pair at risk of giving back the rebound from the monthly-low (0.7056) should New Zealand’s 3Q Consumer Price Index (CPI) fail to boost interest-rate expectations.

Even though the headline reading for inflation is projected to uptick to an annualized 1.8% during the three-months through September, the print may do little to alter the monetary policy outlook as it continues to run below RBNZ’s 2% target midpoint. As a result, acting Governor Grant Spencer may largely endorse a wait-and-see approach at the last 2017-meeting on November 9 as ‘headline inflation is likely to decline in coming quarters, reflecting volatility in tradables inflation.’ 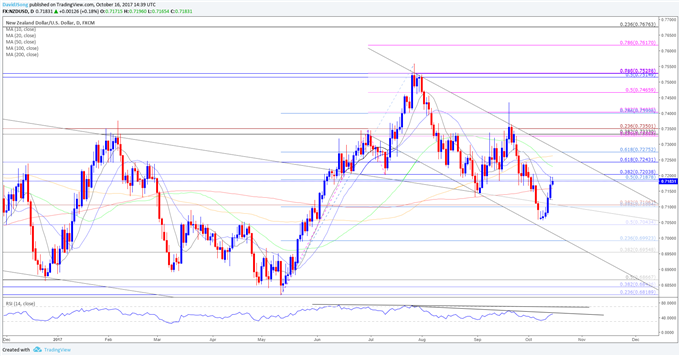 The Canadian dollar struggles to hold its ground against its U.S. counterpart, with USD/CAD at risk of facing a more material correction as the Bank of Canada (BoC) softens its hawkish tone and expects ‘a moderation of growth in the second half of the year.’

With Canada approaching full capacity, it seems as though Governor Stephen Poloz and Co. will carry the current policy into 2018 as the central bank expects the real economy to ‘slows down to its sustainable level.’ In turn, the BoC may merely attempt to buy more time at the next meeting on December 6 as ‘future monetary policy decisions are not predetermined and will be guided by incoming economic data and financial market developments as they inform the outlook for inflation.’

Nevertheless, the push by Prime Minister Justin Trudeau’s government to reduce the small-businesses tax rate may keep the BoC on track to implement higher borrowing-costs as officials note ‘there was a good uptick in investment intentions and willingness to hire,’ and the broader shift in USD/CAD behavior may continue to take shape in the year ahead as the pickup in economic activity becomes ‘more broadly-based and self-sustaining.’ 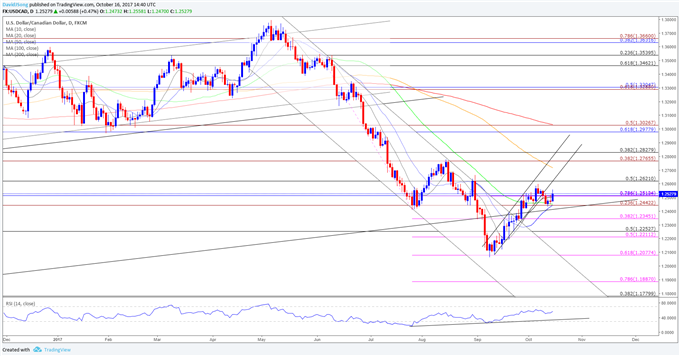 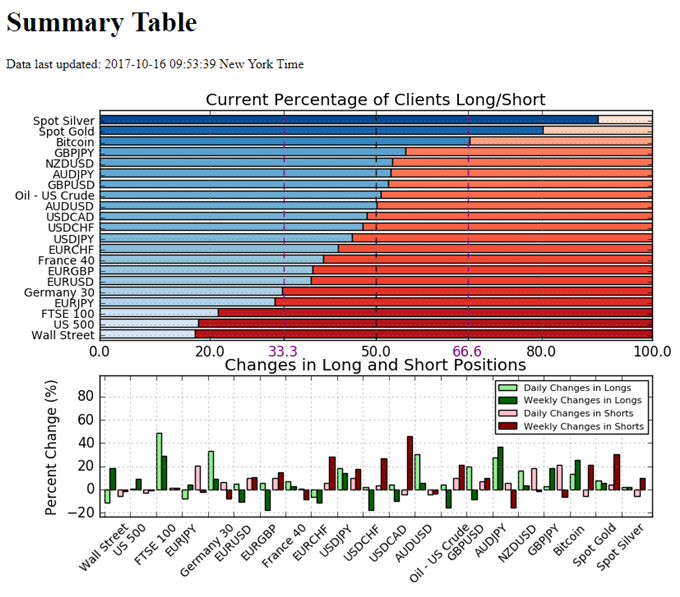