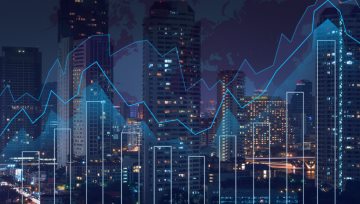 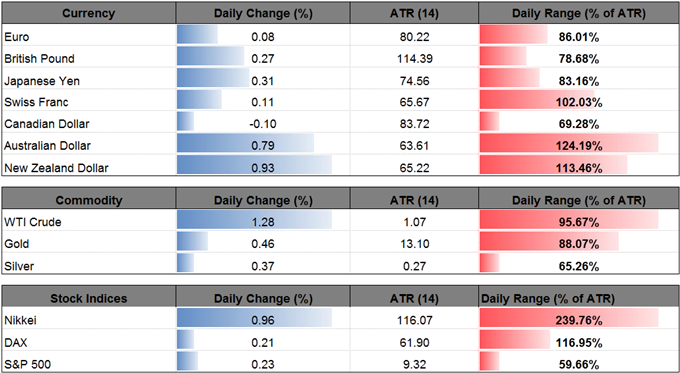 The near-term rebound in AUD/USD may gather pace ahead of the Reserve Bank of Australia (RBA) Minutes as the pair extends the string of higher highs & lows from earlier this week.

Market participants may closely watch the fresh remarks coming out of the RBA as they try to time the first rate-hike, but more of the same from Governor Philip Lowe & Co. may spark a limited response as the central bank appears to be on course to retain the current policy throughout 2017. As a result, Australia’s Employment report may gain increased attention as the economy is anticipated to add another 15.0K jobs in September, and a further improvement in the labor market may prop up the aussie-dollar exchange rate as it puts pressure on the RBA to lift the cash rate off of the record-low.

Keep in mind, the near-term outlook for AUD/USD remains capped as both price and the Relative Strength Index (RSI) preserve the bearish formations carried over from the summer months. 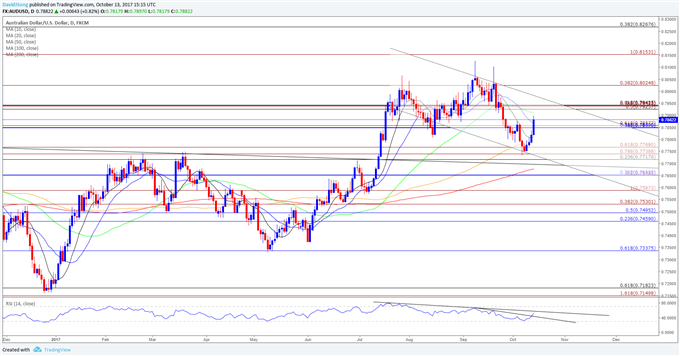 EUR/USD pares the decline from the previous day amid the slew of lackluster data prints coming out of the U.S., but the pair stands at risk of facing range-bound conditions amid growing speculation the European Central Bank (ECB) will continue to expand its balance sheet in 2018.

Earlier this month, ECB board member Peter Praet warned the ‘baseline scenario for future inflation remains contingent on easy financing conditions, which, to a large extent, depend on the support of monetary policy,’ and the comments suggest the Governing Council will carry the quantitative easing (QE) program beyond the December deadline as the central bank ‘will recalibrate its instruments accordingly, with a view to delivering the monetary policy impulse that remains necessary to secure a sustained adjustment in the path of inflation in a manner that is consistent with our monetary policy aim.’ Keep in mind, President Mario Draghi and Co. may slowly reduce its asset-purchases ahead of 2018 as ‘the continued strong momentum of the euro area economy supported confidence that inflation would gradually reach levels in line with the ECB’s medium-term objective,’ but the Governing Council appears to be in no rush to remove the zero-interest rate policy (ZIRP) as ‘there was broad agreement to emphasise, as on previous occasions, the need for monetary policy to remain persistent and patient.’

With that said, a more detailed exit strategy may fuel the broader shift in EUR/USD behavior, but the pair may face range-bound conditions ahead of the ECB meeting on October 26 as both price and the Relative Strength Index (RSI) preserve the bearish formations carried over from the summer months. 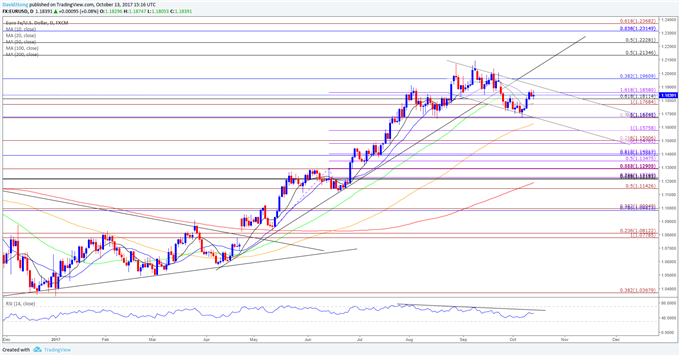 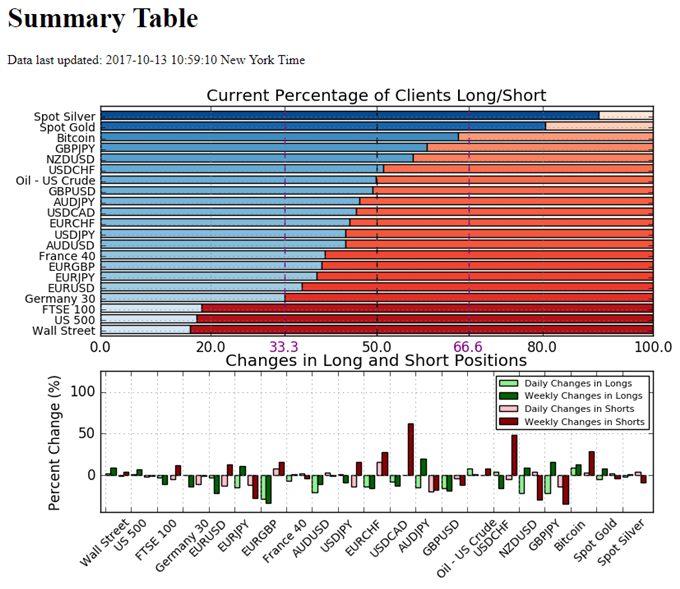 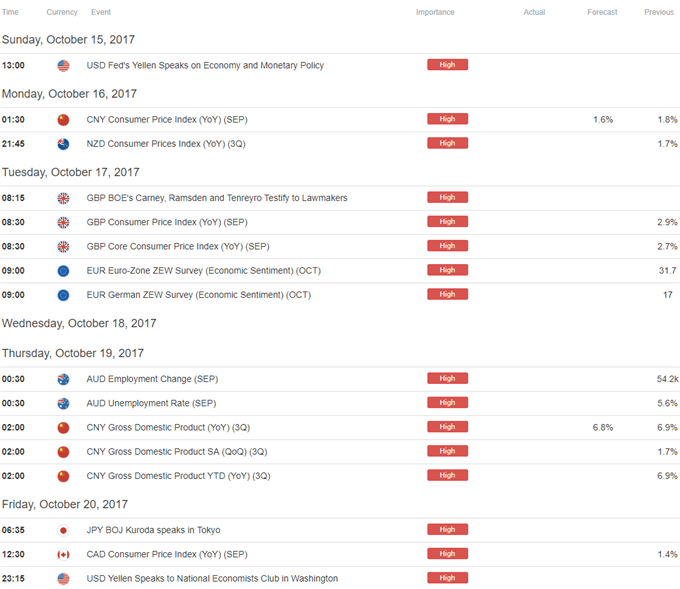