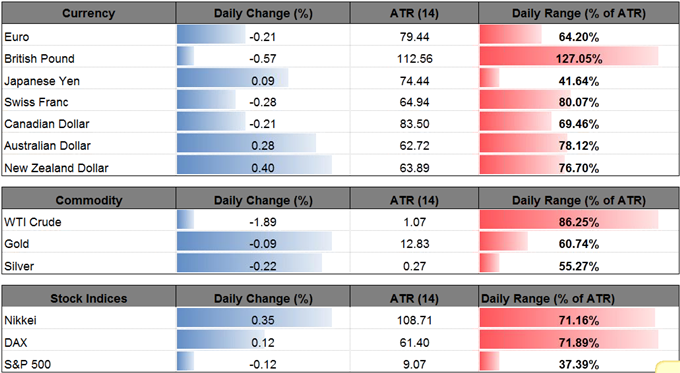 NZD/USD outperforms its major counterparts, with the pair at risk of staging a larger recovery ahead of New Zealand’s 3Q Consumer Price Index (CPI) as the bearish momentum appears to be abating.

NZD/USD may continue to retrace the decline from earlier this month as the headline reading for New Zealand inflation is anticipated to pick up during the three-months through September, and a positive development may prop up the local currency as it puts pressure on the Reserve Bank of New Zealand (RBNZ) to lift the cash rate off of the record-low. However, it seems as though the RBNZ is in no rush to move away from its easing-cycle as the central bank warns ‘headline inflation is likely to decline in coming quarters, reflecting volatility in tradables inflation, and acting Governor Grant Spencer may carry the current policy into 2018 especially as the RBNZ retains the verbal intervention and argues a ‘lower New Zealand dollar would help to increase tradables inflation and deliver more balanced growth.’

With that said, the wait-and-see approach may continue to drag on the broader outlook for NZD/USD, and the RBNZ may continue to tame market expectations for an imminent rate-hike as the central bank insists ‘monetary policy will remain accommodative for a considerable period.’ 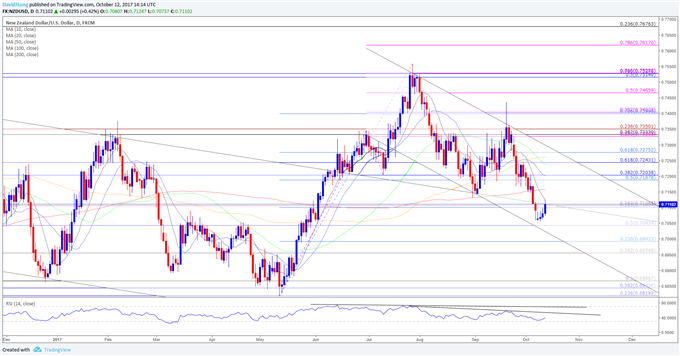 The British Pound struggles to hold its ground as a the Bank of England’s (BoE) 3Q Bank Liabilities survey warned ‘credit scoring criteria for granting both credit card and other unsecured loans were reported to have tightened,’ and GBP/USD may continue to face near-term headwinds as the European Union’s chief Brexit negotiator, Michel Barnier, warns the negations have ‘reached a state of deadlock.’

The slowdown in private-sector lending accompanied by the uncertainty surrounding the fiscal outlook may push the Bank of England (BoE) to retain the record-low interest rate at the next meeting on November 2, and we may see another 7 to 2 split within the central bank as ‘there remain considerable risks to the outlook, which include the response of households, businesses and financial markets to developments related to the process of EU withdrawal.’

With that said, the U.K. Consumer Price Index (CPI) due out next week may play a key role in influencing the monetary policy outlook as the BoE expects inflation ‘to overshoot the 2% target over the next three years,’ and signs of heightening price pressures may heighten the appeal of the British Pound as Governor Mark Carney and Co. note that ‘a withdrawal of part of the stimulus that the Committee had injected in August last year would help to moderate the inflation overshoot while leaving monetary policy very supportive.’ 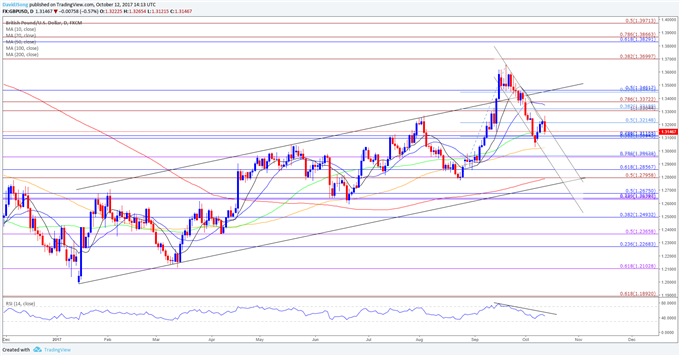 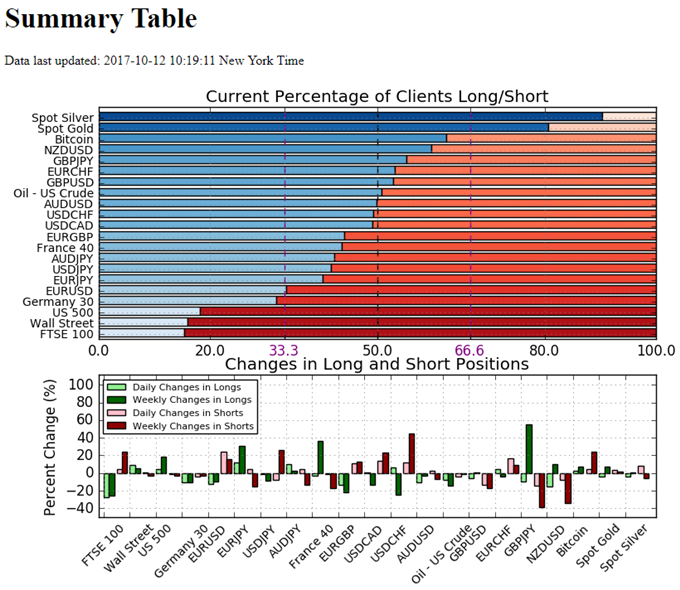 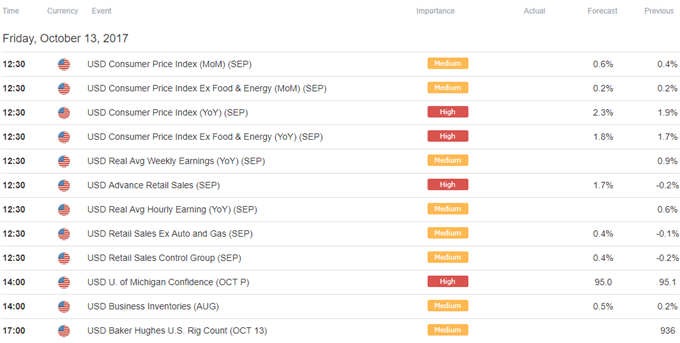