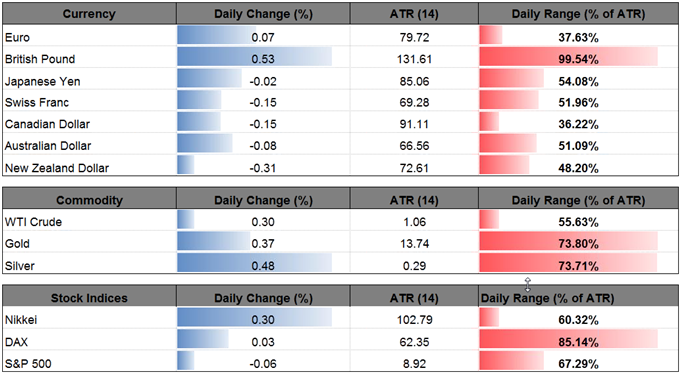 GBP/USD has staged a meaningful correction off of 2017-high (1.3657), with the broader outlook clouded by the Brexit negotiations, but the pair may regain its footing ahead of the next Bank of England (BoE) interest rate decision on November 2 as the central bank shows a greater willingness to move away from its easing cycle.

Market participants may pay increased attention to Governor Mark Carney and Co. as a growing number of Monetary Policy Committee (MPC) officials adopt a hawkish tone, and signs of stronger-than-expected growth may encourage the BoE to alter the monetary policy outlook as board member Ian McCafferty argues ‘the little slack that currently remains is likely to disappear quite quickly, while inflation is projected to persistently overshoot the target.’ In turn, a majority of the MPC may vote in favor to remove the record-low interest as a ‘withdrawal of part of the stimulus that the Committee had injected in August last year would help to moderate the inflation overshoot while leaving monetary policy very supportive.’

Keep in mind, the BoE may continue to tame the longer-term outlook for the benchmark interest rate especially as Prime Minister Theresa May faces a growing risk of losing the U.K. leadership, but the broader shift in GBP/USD may continue to take shape over the remainder of the year as the pair extends the upward trend from earlier this year. 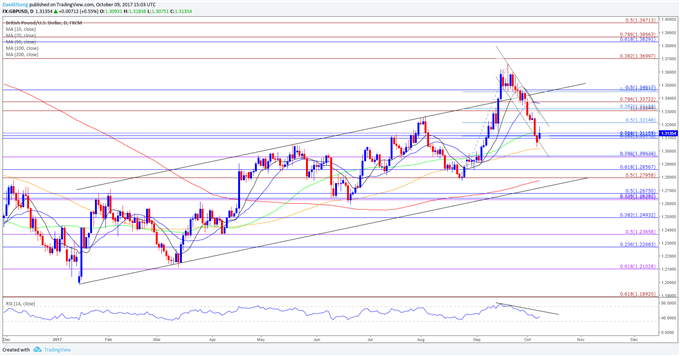 USD/CAD may continue to retrace the decline from the summer months as it extends the bullish formation carried over from September, while the Federal Open Market Committee (FOMC) appears to be on course to deliver three rate-hikes in 2017.

The slew of fresh rhetoric coming out of the Federal Reserve may continue to heighten the appeal of the U.S. dollar as Fed Fund Futures now highlight a greater than 80% probability for a December rate-hike, and central bank officials may prepare households and businesses for higher borrowing-costs as the U.S. Non-Farm Payrolls (NFP) report boosts the outlook for growth and inflation. In contrast, comments from Bank of Canada (BoC) Deputy Governor Carolyn Wilkins may drag on the local currency as the central bank start to soften its hawkish tone, and Governor Stephen Poloz and Co. may largely endorse a wait-and-see approach over the remainder of the year as ‘there remains some excess capacity in Canada’s labour market, and wage and price pressures are still more subdued than historical relationships would suggest.’ 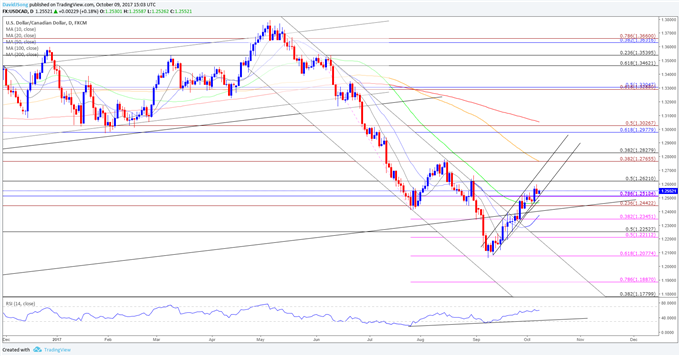