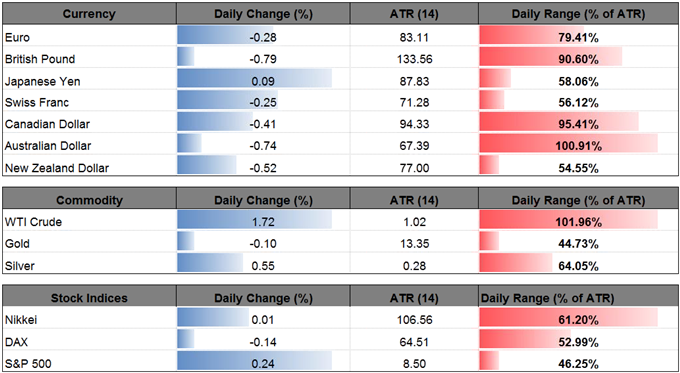 USD/JPY holds within the previous day’s range and the pair may continue to face a narrow range ahead of the Non-Farm Payrolls (NFP) report as the U.S. economy is anticipated to add another 80K jobs in September.

Despite the ongoing improvement in employment, market participants may pay increased attention to Average Hourly Earnings as the figure is anticipated to hold steady at an annualized 2.5% for the sixth consecutive month. Signs of little to no wage growth may ultimately dampen the appeal of the greenback and weigh on U.S. Treasury Yields as it encourages the Federal Reserve to implement a less aggressive normalization cycle. In turn, Chair Janet Yellen and Co. may merely try to buy more time at the October 30 interest rate decision, with the U.S. dollar at risk of facing a more bearish fate over the remainder of the year should Fed officials continue to trim the longer-run forecast for the benchmark interest rate. 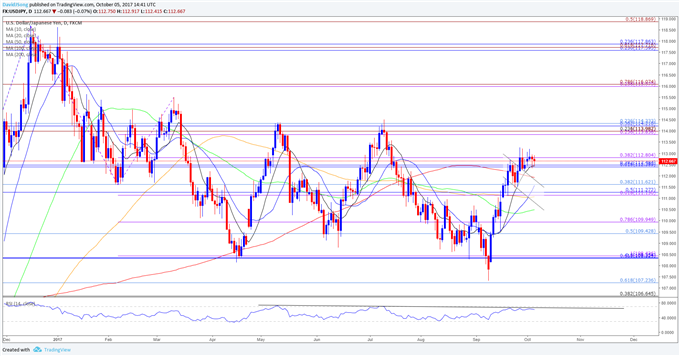 The British Pound lags behind its major counterparts, with GBP/USD at risk of extending the decline from earlier this week as Standard & Poor’s Financial Services sees limited scope for higher U.K. borrowing costs.

Even though S&P warns the BoE may deliver a 25bp rate-hike in November, the rating-agency went onto say that it’s ‘a bit skeptical’ to justify higher interest rates as the current policy is ‘primarily aimed at propping up sterling to reduce imported inflation pressures.’ In response, Governor Mark Carney and Co. may continue to insist that ‘a withdrawal of part of the stimulus that the Committee had injected in August last year would help to moderate the inflation overshoot while leaving monetary policy very supportive,’ but the majority of BoE officials may endorse a wait-and-see approach for 2018 as the U.K.’s departure from the European Union (EU) clouds the economic outlook. 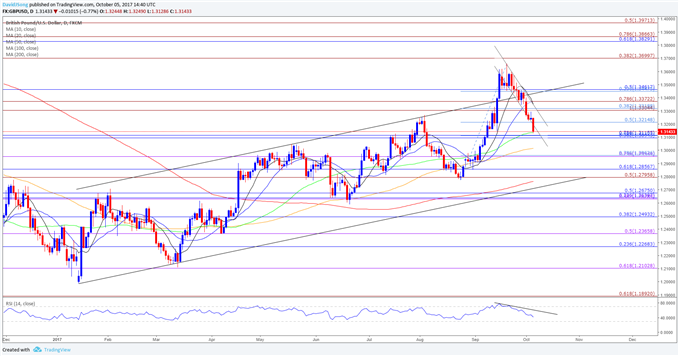 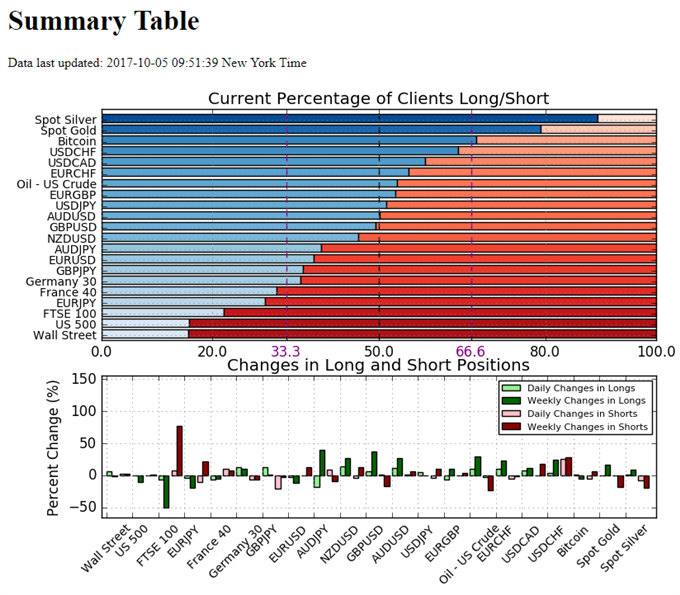