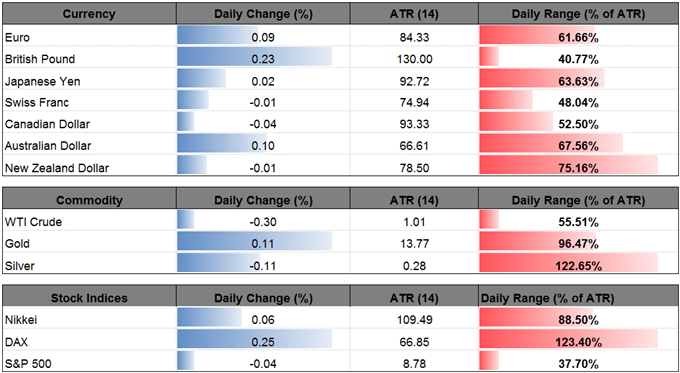 Gold looks poised for a near-term recovery as it breaks the recent series of lower highs & lows, and the precious metal may exhibit a more bullish behavior over the coming days as market participants appear to be moving away from fiat currencies. 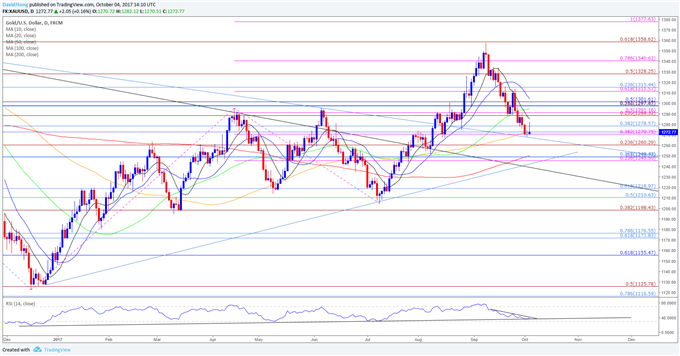 USD/CAD pares the decline from earlier this week as the U.S. ADP Employment report showed private payrolls increasing 135K in September, and the dollar-loonie exchange rate may continue to retrace the decline from the summer months as it preserves the bullish formation carried over from the previous month.

Even though Canada is anticipated to add another 12.0K jobs in September, recent comments from the Bank of Canada (BoC) suggests Governor Stephen Poloz and Co. will keep the benchmark interest rate at 1.00% as officials warn ‘there remains some excess capacity in Canada’s labour market, and wage and price pressures are still more subdued than historical relationships would suggest.’ Nevertheless, the BoC may continue to normalize monetary policy in 2018 as ‘recent economic data have been stronger than expected, supporting the Bank’s view that growth in Canada is becoming more broadly-based and self-sustaining,’ and the shift in USD/CAD behavior may continue to unfold over the months ahead especially as Federal Reserve officials project a more shallow path for the benchmark interest rate. 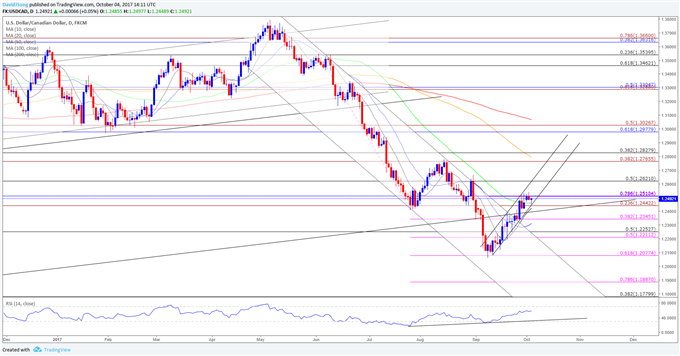 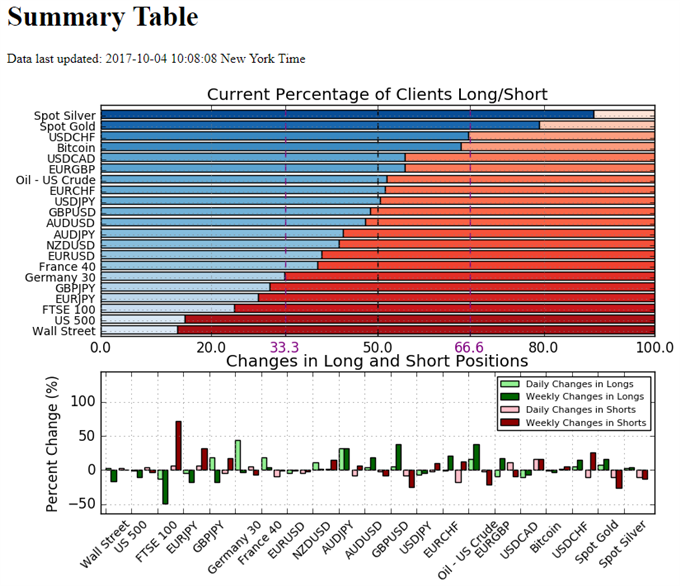