- GBP/USD Losses to Persist as Near-Term Range Snaps Ahead of More BoE Rhetoric. 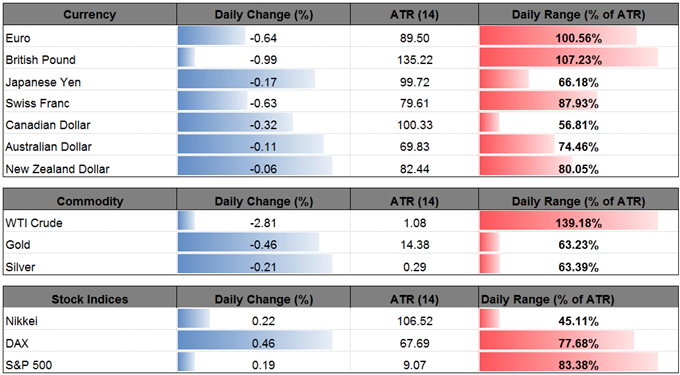 GBP/USD snaps the range-bound price action from the previous week, with the pair at risk for further losses amid the renewed threat of a ‘hard Brexit.’

Confidence in Prime Minister Theresa May appears to be eroding as Foreign Secretary Boris Johnson endorses a ‘red-line’ approach and argues that the U.K. government should stick to two-year transition period, which should last ‘not a second more.’ Signs of a growing rift within the Conservative party may continue to rattle the British Pound, but fresh rhetoric from Bank of England (BoE) officials Ian McCafferty and Andrew Haldane may limit the downside risk and influence the monthly opening range for GBP/USD should the board members show a greater willingness to remove the record-low interest rate. 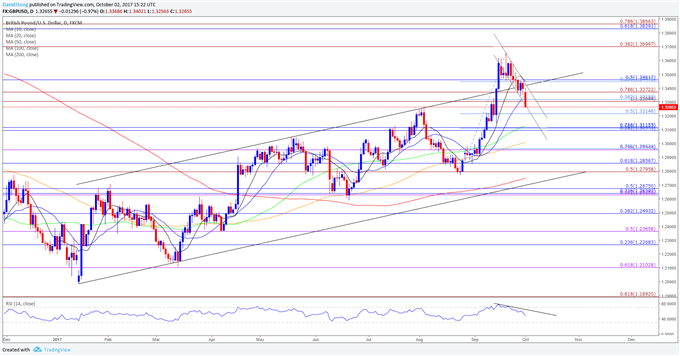 Crude continues to pullback from a fresh 2017-high ($52.83), with oil prices at risk for a larger correction ahead of the Organization of the Petroleum Exporting Countries’ (OPEC) next meeting on November 30 as U.S. producers come back online.

OPEC & non-OPEC countries may boost their efforts to further rebalance the energy market as Russia Energy Minister Alexander Novak notes that ‘Russian companies are studying with Aramco the possibility of participating in the Saudi market to provide oil services,’ and went onto say that the $50-$60/bbl range is more appropriate for crude prices. Nevertheless, recent figures from the U.S. Energy Information Administration (EIA) showed field outputs climbing to 9,547 b/d in the week ending September 22, with the figure quickly approaching the record-high (9,610 b/d). In response, Fitch Ratings warns crude prices may stay below $60/bbl in the long-run amid the pickup in U.S. shale accompanied by the decline in global production costs. 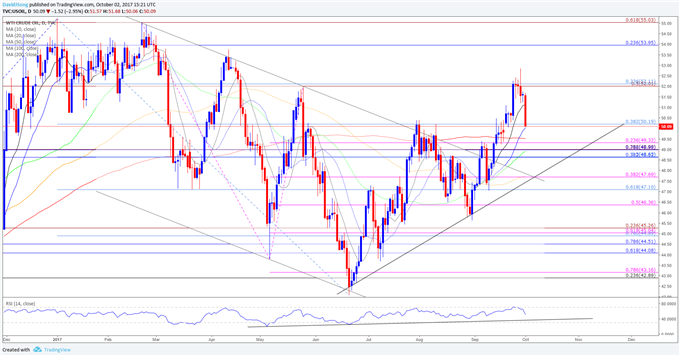 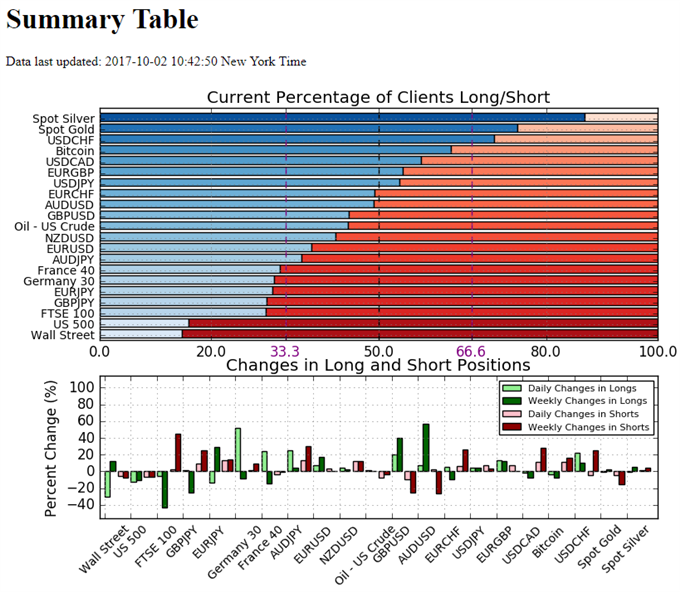