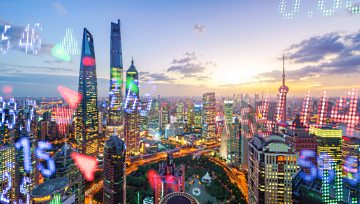 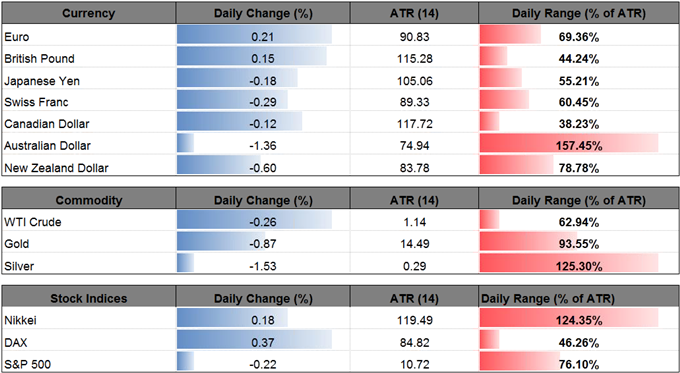 EUR/USD appears to be defining a near-term range following the Federal Open Market Committee (FOMC) meeting, and the pair may largely consolidate over the remainder of the month as the European Central Bank (ECB) endorses an improved outlook for the monetary union.

ECB Vice President Vitor Constancio stuck an improved outlook for the euro-area and stressed that ‘it’s important to underline that growth has converged, meaning that the rates of growth of all countries are now very close together and that’s the best situation from that point of view since the beginning of the monetary union.’ In addition, President Mario Draghi noted that the financial system now poses fewer risks to the real economy while speaking at a European Systemic Risk Board (ESRB) conference in Frankfurt, and the central bank may ultimately alter the monetary policy outlook at the next meeting on October 26 as ‘the economic expansion, which accelerated more than expected in the first half of 2017, continues to be solid and broad-based across countries and sectors.’

In turn, the broader shift in EUR/USD dollar behavior may persist as the Governing Council appears to be moving away from its easing-cycle, but the near-term outlook remains clouded with mixed signals as the Relative Strength Index (RSI) diverges from price. 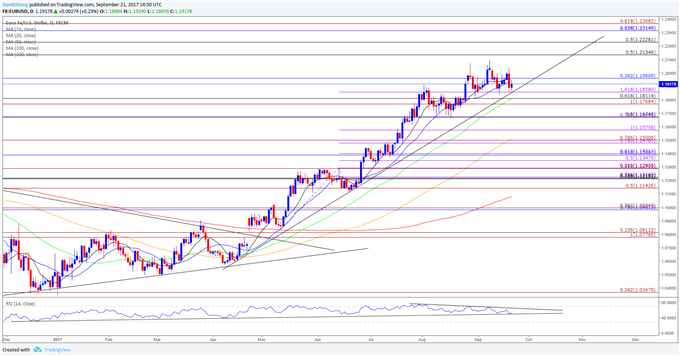 AUD/USD snaps the monthly opening range, with the pair at risk of trading to fresh September lows as the Reserve Bank of Australia (RBA) tames speculation for an imminent rate-hike.

It seems as though the RBA will carry the record-low cash rate into 2018 as Governor Philip Lowe warns ‘a rise in global interest rates has no automatic implications for us here in Australia,’ and the central bank may continue to endorse a wait-and-see approach at the next meeting on October 3 as ‘the slow growth in wages is putting a strain on household budgets and contributing to low rates of inflation.’ In turn, AUD/USD stands at risk of facing a near-term correction especially as the FOMC pledges to further normalize monetary policy over the coming months.

Keep in mind the broader outlook for AUD/USD remains constructive as it clears the 2016-range, but the advance during the summer months appears to have run its course as price and the Relative Strength Index (RSI) threaten the bullish formations from earlier this year. 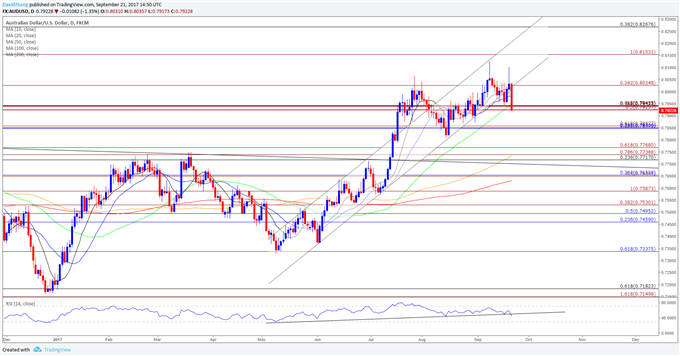 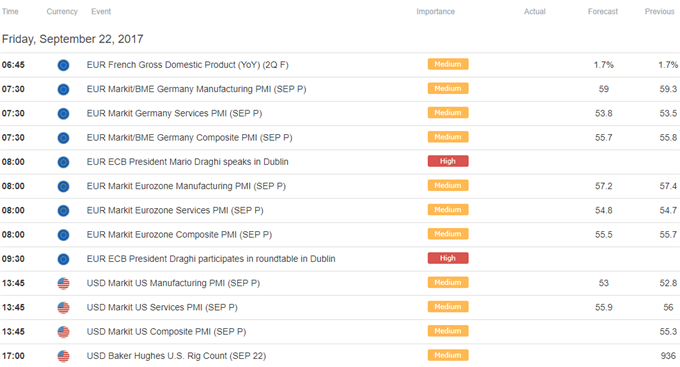