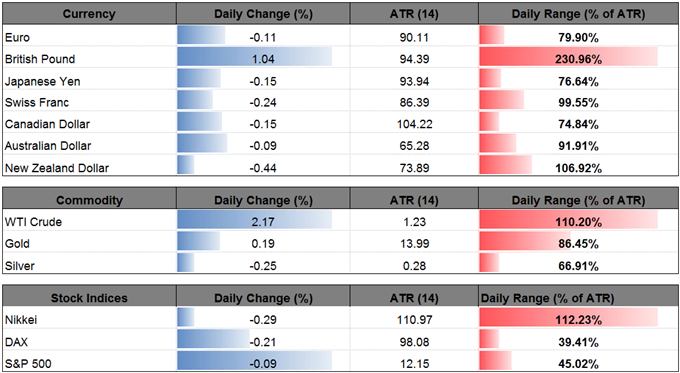 GBP/USD climbs to fresh 2017-highs as the Bank of England (BoE) adopts a hawkish tone, and the pair may continue to exhibit a bullish behavior as the central bank appears to be on course to lift the benchmark interest rate off of the record-low.

Despite the 7 to 2 split, the majority of the Monetary Policy Committee (MPC) noted that ‘some withdrawal of monetary stimulus is likely to be appropriate over the coming months in order to return inflation sustainably to target,’ and Governor Mark Carney and Co. may increase their efforts to prepare U.K. households and businesses for higher borrowing-costs as officials warn ‘policy could need to be tightened by a somewhat greater extent over the forecast period than current market expectations.’ As a result, the British Pound may continue to recoup the losses following the Brexit vote as the BoE gradually alters the monetary policy outlook and shows a greater willingness to move away from its easing-cycle. 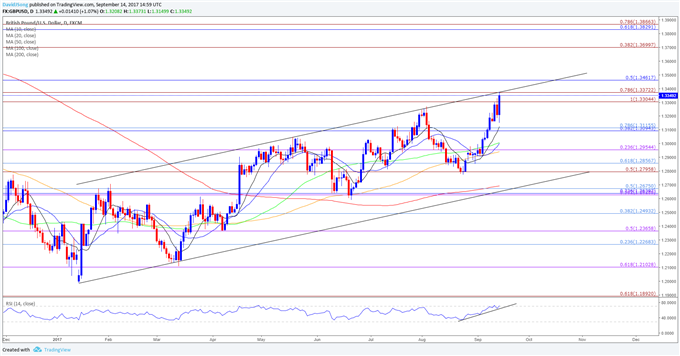 NZD/USD fails to preserve the range from earlier this week following a larger-than-expected uptick in the U.S. Consumer Price Index (CPI), and the pair remains at risk of giving back the advance from the 2017-low (0.6818) as it carves a key reversal pattern.

A head-and-shoulders formation is becoming more defined as NZD/USD struggles to push back above the Fibonacci overlap around 0.7330 (38.2% retracement) to 0.7350 (23.6% expansion), with the near-term outlook tilted to the downside as the pair initiates a series of lower highs & lows. However, the bullish U.S. dollar reaction to the CPI print may largely unravel as the Advance Retail Sales report is anticipated to show household spending increasing a marginal 0.1% in August following a 0.6% expansion the month prior. A marked slowdown in private-sector consumption, one of the leading drivers of growth and inflation, may dampen the appeal of the greenback as the Federal Open Market Committee (FOMC) is widely expected to retain the current policy at the September 20 interest rate decision. 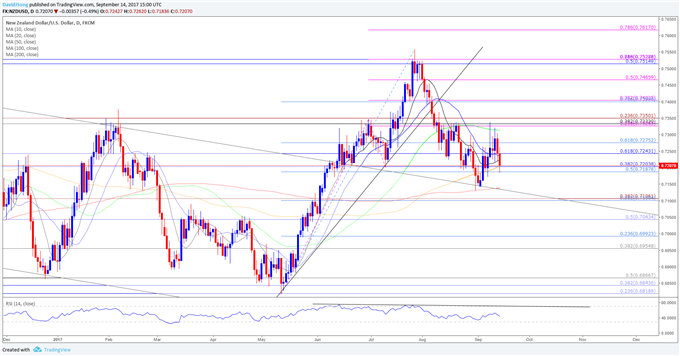 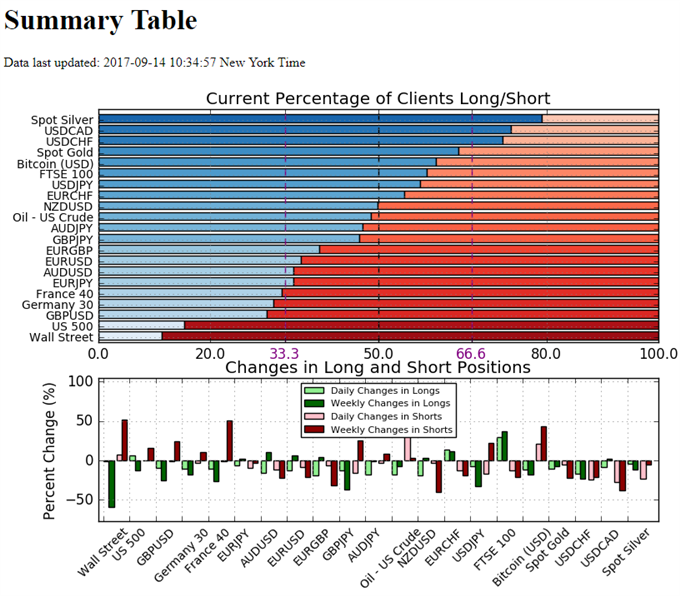