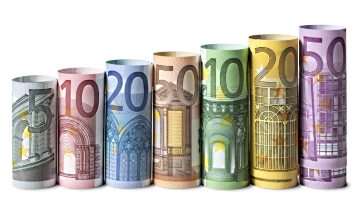 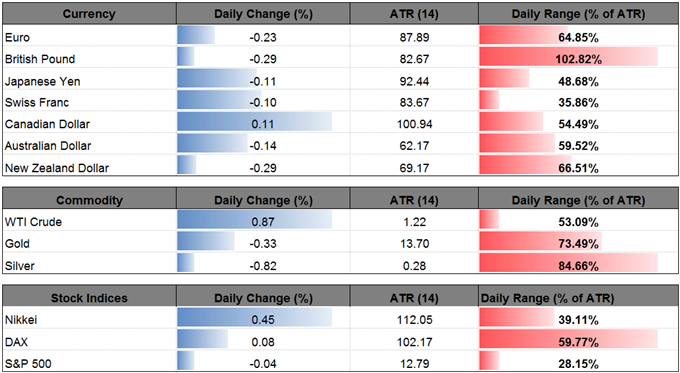 AUD/USD snaps the series of lower highs & lows from earlier this week and the pair may continue to gain ground over the next 24-hours of trade as Australia Employment is projected to increase another 20.0K in August.

A further improvement in labor market dynamics may encourage the Reserve Bank of Australia (RBA) to adopt an improved outlook for the region, but the central bank appears to be in no rush to lift the cash rate off of the record-low as board member Ian Harper strikes a cautious tone and argues ‘the Australian economy is still operating below its potential.’ In turn, a lackluster employment report may trigger a larger pullback in AUD/USD, with the pair at risk of giving back the advance from the August-low (0.7808) as Governor Philip Lowe and Co. appear to be on course to retain the accommodative stance throughout 2017. 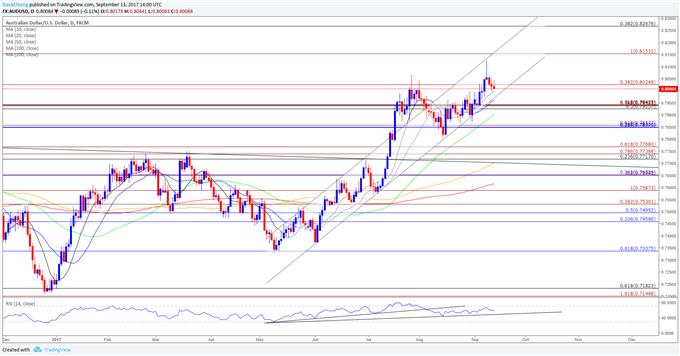 EUR/USD struggles to retain the rebound from earlier this week as the U.S. Producer Price Index (PPI) picked up for the second consecutive month in September, but the below-forecast print raises the risk for another batch of mixed data prints as many Fed officials ‘saw some likelihood that inflation might remain below 2 percent for longer than they currently expected, and several indicated that the risks to the inflation outlook could be tilted to the downside.’

Even though the U.S. Consumer Price Index (CPI) is projected to uptick to an annualized 1.8% in August, a decline in the core rate of inflation may ultimately spark a bearish reaction in the greenback as it dampens the Federal Open Market Committee’s (FOMC) scope to deliver three rate-hikes in 2017. As a result, Chair Janet Yellen and Co. may outline a more shallow path for the Fed Funds rate at the September 20 interest rate decision, and the central bank may merely attempt to buy more time as price growth continues to run below the 2% target. 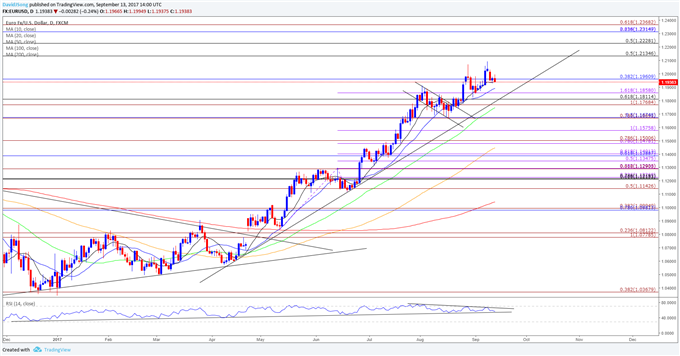 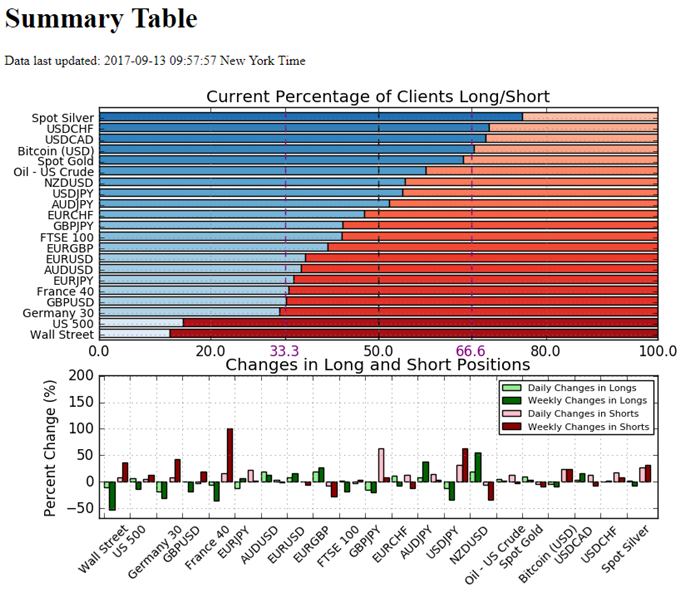