EUR/USD Fills 2015 Gap, Bull-Flag Continues to Unfold Ahead of ECB

- EUR/USD Fills 2015 Gap, Bull-Flag Continues to Unfold Ahead of ECB. 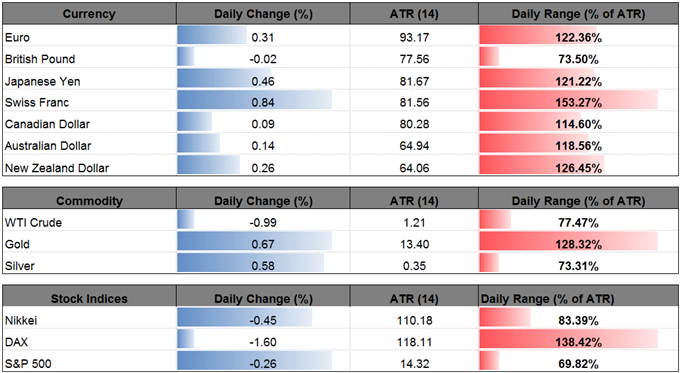 The U.S. dollar remains under pressure following the Kansas City Fed Economic Symposium in Jackson Hole, Wyoming, as the market participants push out bets for the next rate-hike. A look at Fed Fund Futures suggest Chair Janet Yellen and Co. will wait until the June 2018 to implement higher borrowing-costs, and the central bank may highlight a more shallow path for the benchmark interest rate amid the growing uncertainty surrounding the economic outlook.

In contrast, the Euro may face a more bullish fate as the ECB adopts an upbeat tone and appears to be on course to taper the asset-purchase program ahead of the December deadline. In turn, President Mario Draghi and Co. may gradually move away from the easing cycle and alter the monetary policy outlook over the coming months as ‘reflationary forces, which referred to the recovery of inflation from levels below its long-term trend, had replaced risks of deflation.’ 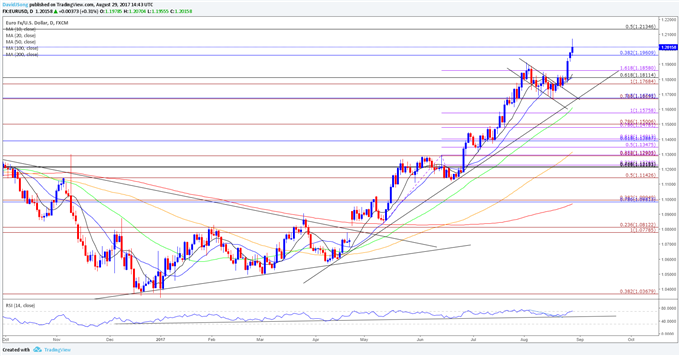 The Nikkei snaps the range-bound price action carried over from the previous week as the U.S. and Japan ‘agree that North Korea poses a grave and growing threat.’

Mounting tensions in Asia-Pacific may continue to drag on in risk sentiment as U.S. President Donald Trump warns ‘all options are on the table’ in dealing with North Korea, and the shift in market behavior may persist over the coming months a growing number of global benchmark equity indices fail to preserve the bullish trends from earlier this year. In turn, JPN225 stands may continue to give back the rebound from the 2017-low (18,193) as the index trades below the 200-Day SMA (19,412) for the first time since the U.S. Presidential election. 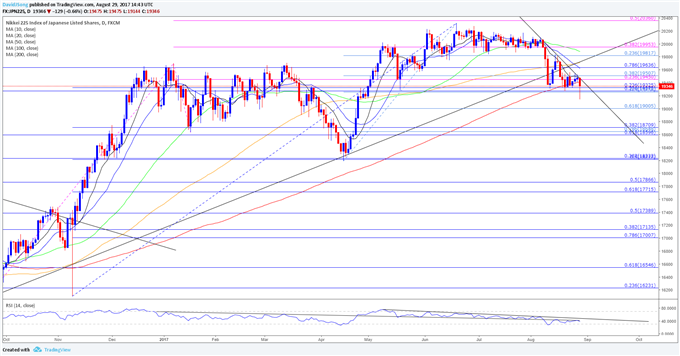 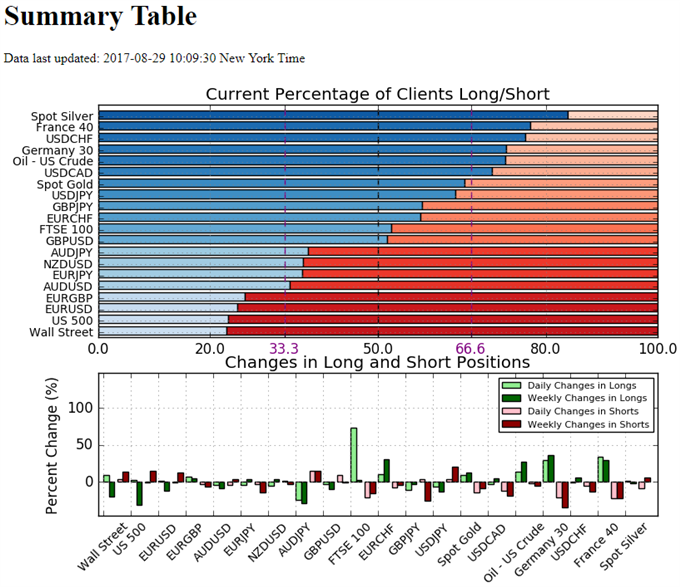 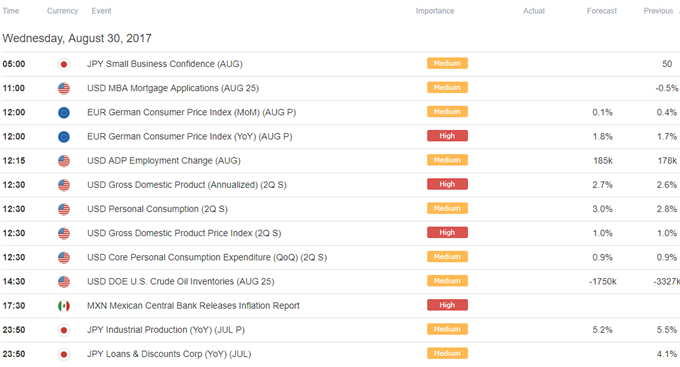