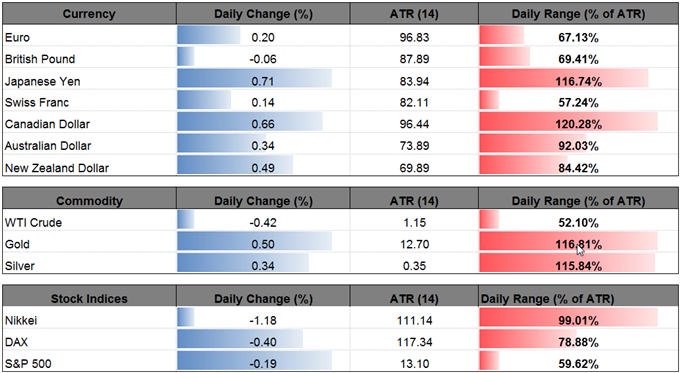 USD/CAD extends the decline from earlier this week as Canada’s Consumer Price Index (CPI) picks up for the first time since January, and the pair may continue to give back the rebound from the July-low (1.2413) as a continuation pattern takes shape.

Signs of rising price pressures may encourage the Bank of Canada (BoC) to further normalize monetary policy in 2017, and the central bank mayprepare Canadian households and businesses for higher borrowing-costs at the next meeting on September 6 as ‘the factors behind soft inflation appear to be mostly temporary.’ In turn, the shift in USD/CAD behavior may continue to unfold in the second-half of the year, and Governor Stephen Poloz and Co. may adopt a more hawkish tone over the coming months as ‘the output gap is now projected to close around the end of 2017, earlier than the Bank anticipated in its April Monetary Policy Report (MPR).’

Nevertheless, the Fed Economic Symposium in Jackson Hole, Wyoming may impact the near-term outlook for USD/CAD as Chair Janet Yellen is schedule to speak next week, and the fresh remarks may boost the appeal of the greenback should the central bank head show a greater willingness to gradually remove the quantitative easing (QE) program over the coming months. 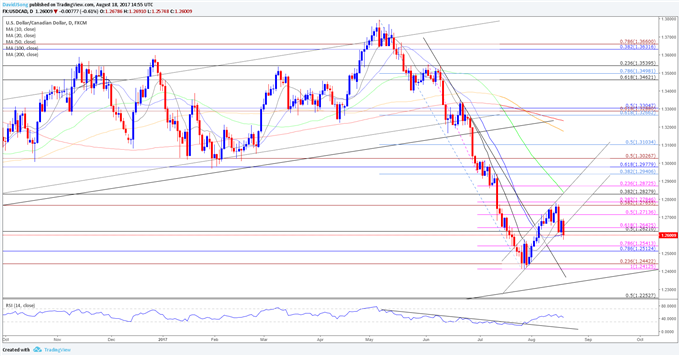 The Nikkei quickly approaches the August-low (19,308), with the benchmark equity index at risk for a further decline as it snaps the bullish sequence from earlier this month.

The terror attack in Barcelona, Spain appears to be weighing on market sentiment, and growing concerns surrounding the global economy may continue to sap risk appetite especially as the U.S. stands at risk of hitting the debt ceiling in late-September. In turn, the Nikkei, along with its major counterparts, may exhibit a more bearish behavior over the remainder of the year as the benchmark equity index threatens the upward trend carried over from 2016. 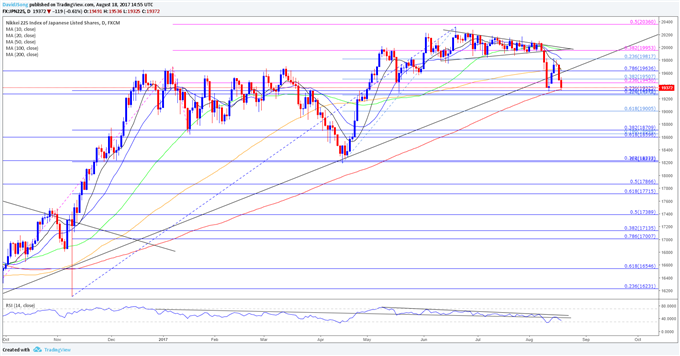 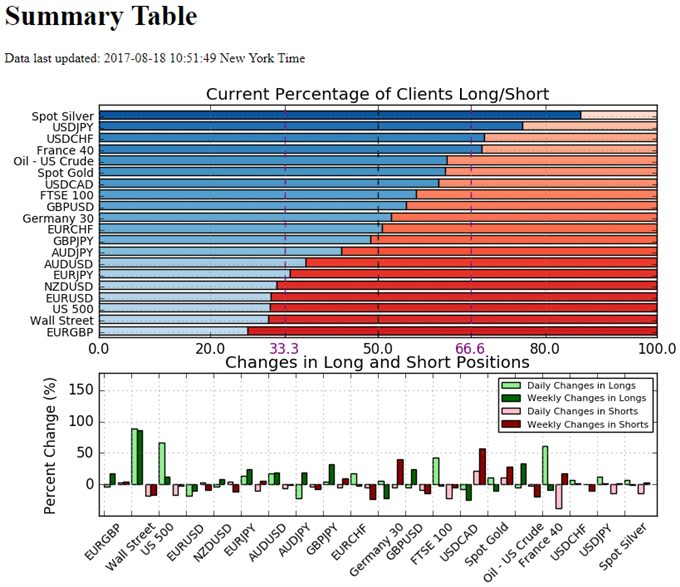 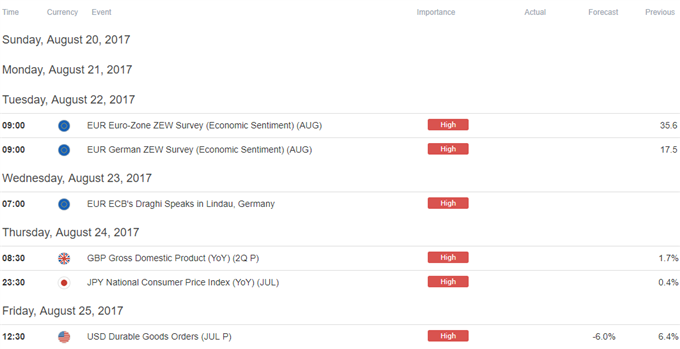