USD/JPY Losses to Persist as U.S. Yields Remain Under Pressure

- USD/JPY Losses to Persist Ahead of BoJ as U.S. Yields Remain Under Pressure.

- EUR/USD Pulls Back Ahead of ECB Meeting; New Forward-Guidance on Tap? 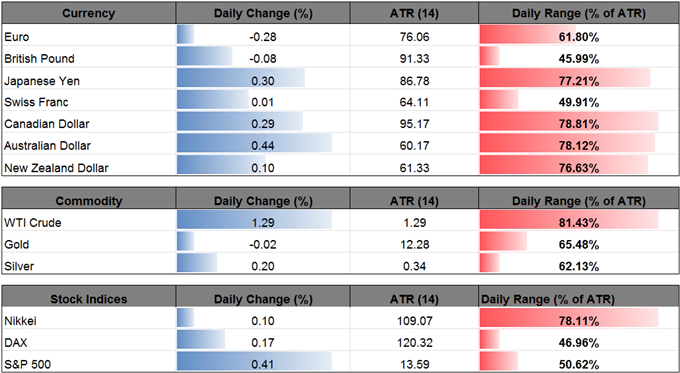 USD/JPY stands at risk for further losses as it extends the series of lower-highs carried over from the previous week, while U.S. Treasury yields remain under pressure and give back the rebound from June.

With Fed Fund Futures still highlighting a 50/50 chance for a December rate-hike, it seems as though the recent remarks from Fed Chair Janet Yellen have tamed market expectations as the central bank head argues the benchmark interest rate ‘would not have to rise all that much further to get to a neutral policy stance.’ In turn, USD/JPY may exhibit a more bearish behavior over the near-term as the Federal Open Market Committee (FOMC) is expected to retain the current policy at the next rate decision on July 26.

At the same time, the Bank of Japan (BoJ) meeting may do little to shift the near-term outlook for the dollar-yen exchange rate as Governor Haruhiko Kuroda and Co. continue to embark on the Quantitative/Qualitative Easing (QQE) Program with Yield-Curve Control. 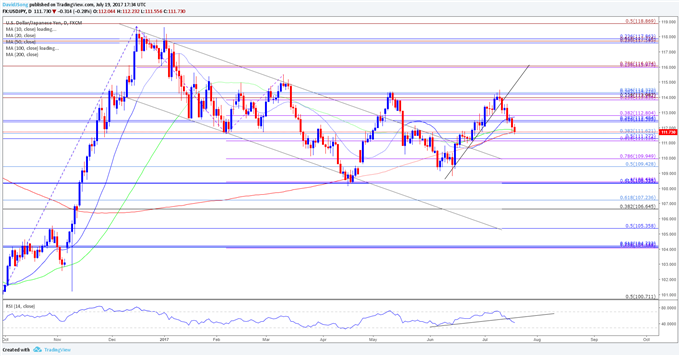 EUR/USD pullback from a fresh 2017-high (1.1583), but the fresh developments comings out of the European Central Bank (ECB) may boost the appeal of the single-currency should President Mario Draghi and Co. continue to alter the outlook for monetary policy.

Even though the ECB is widely anticipated to retain the zero-interest rate policy (ZIRP) in July, the central bank may start to taper its asset-purchases over the coming months as the quantitative easing (QE) program is set to expire in December. Unless the Governing Council pushes back the deadline, the material shift in EUR/USD behavior may persist throughout the second-half of the year as ECB officials show a greater willingness to conclude the easing-cycle and note that ‘very adverse scenarios for the inflation outlook had become less likely, in particular as deflation risks had largely vanished.’

However, EUR/USD stand at risk of facing a bearish scenario if the ECB merely attempts to buy more time, and the pair consolidate over the near-term should the central bank show a greater willingness to carry the QE program into 2018. 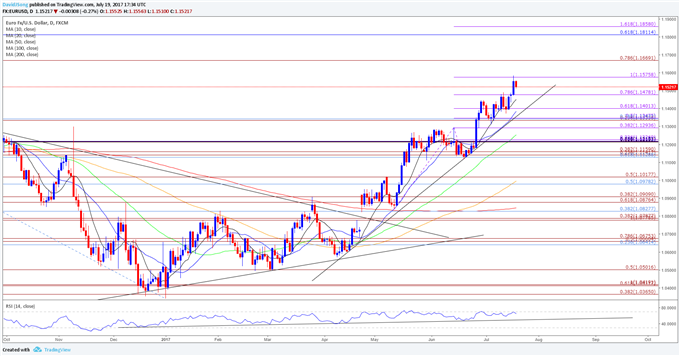 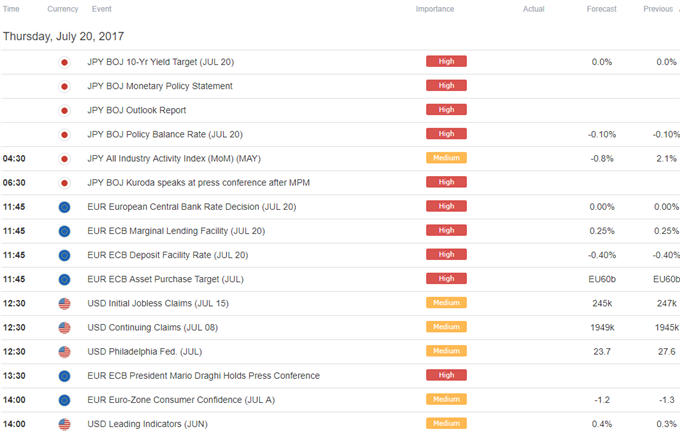