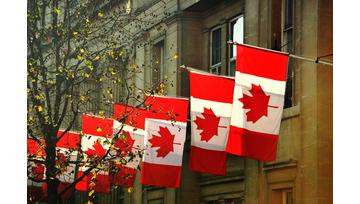 The near-term weakness in AUD/USD may continue to unravel as the pair snaps the bearish sequence carried over from the previous week, and the pair may consolidate going into the last full-week of June as the economic docket remains fairly light over the coming days.

Keep in mind the aussie-dollar exchange rate has established a narrow range following the Federal Open Market Committee’s (FOMC) June interest rate decision as market participants appear to be unconvinced the central bank will deliver three rate-hikes in 2017, with Fed Fund Futures still showing a 50/50 chance for a move in December. Nevertheless, fresh comments from Fed officials (St. Louis Fed President James Bullard, Cleveland Fed President Loretta Mester and Fed Governor Jerome Powell) may shift interest rate expectations amid the growing discussion to start unloading the balance sheet, and the slew of central bank rhetoric may keep AUD/USD capped especially as the Reserve Bank of Australia (RBA) remains in no rush to lift the official cash rate off of the record-low. 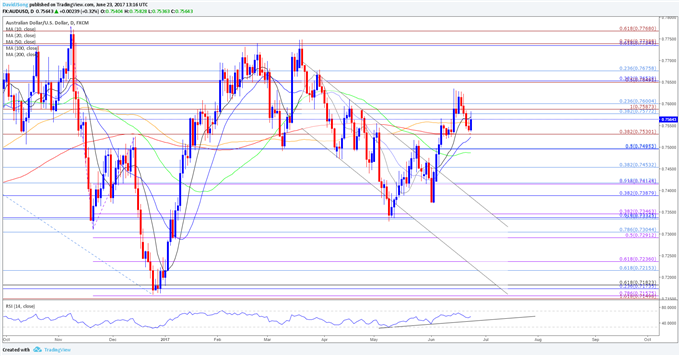 The Canadian dollar struggles to hold its ground as the region’s Consumer Price Index (CPI) unexpectedly slipped to an annualized 1.3% from 1.6% in April, with the core rate of inflation also missing market expectations as the figure held steady at 1.3% per annum for the fifth consecutive month.

Even though the Bank of Canada (BoC) notes ‘the Canadian economy’s adjustment to lower oil prices is largely complete,’ signs of slowing price growth is likely to encourage Governor Stephen Poloz and Co. to preserve the record-low interest rate at next policy meeting on July 12, and the central bank may continue to endorse a wait-and-see approach for monetary policy as ‘the Bank’s three measures of core inflation remain below two per cent and wage growth is still subdued.’ 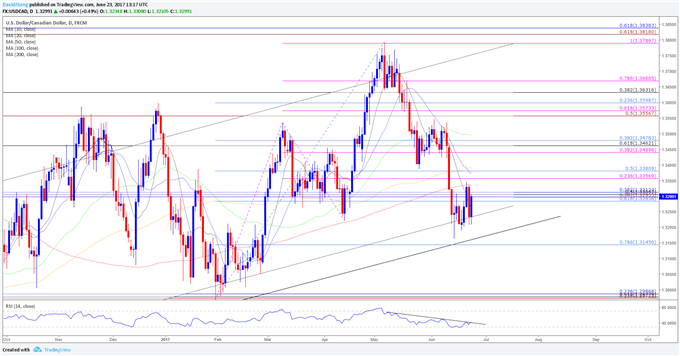 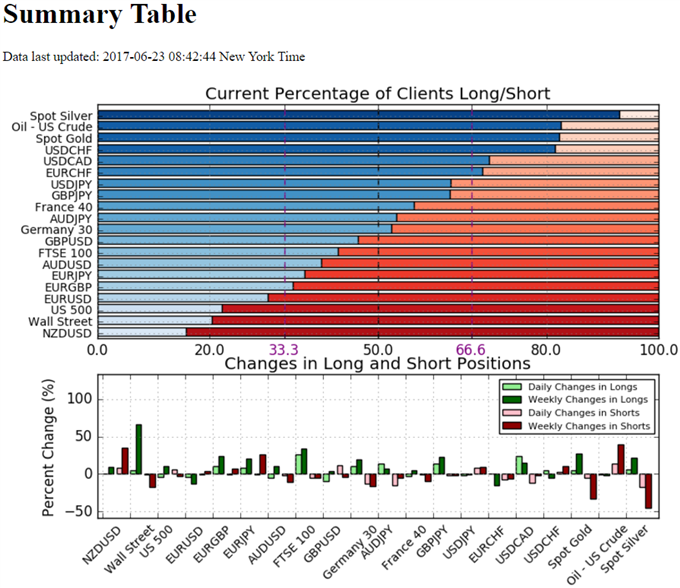 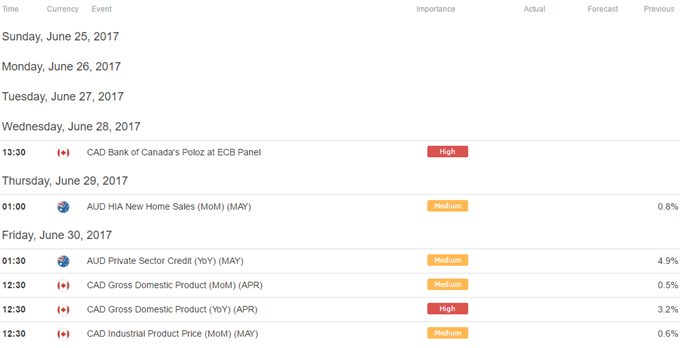