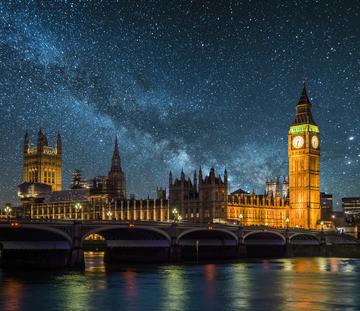 The New Zealand dollar outperforms its major counterparts ahead of the Reserve Bank of New Zealand’s (RBNZ) June 21 interest rate decision, but the fresh rhetoric from Governor Graeme Wheeler and Co. may thwart the recent resilience in NZD/USD should the central bank show a greater willingness to preserve the record-low cash rate throughout 2017.

The RBNZ may continue to endorse a wait-and-see approach for monetary policy as ‘numerous uncertainties remain,’ and more of the same from the central bank may drag on NZD/USD especially as the Federal Open Market Committee (FOMC) shows a greater willingness to unload the balance sheet over the coming months. 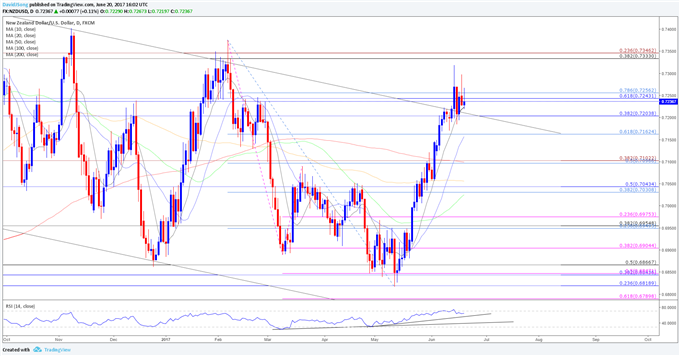 GBP/USD is under pressure as Bank of England (BoE) Governor Mark Carney argues now is ‘not the time to begin’ normalizing monetary policy, and the British Pound stands at risk of facing additional headwinds over the coming months as Standard & Poor’s pledges to ‘review the U.K. like any other sovereign’ and will not wait for the conclusion of the Brexit negotiations to act on the regions credit-rating.

Despite the growing dissent within the Monetary Policy Committee (MPC), the recent comments from the central bank head suggests the majority is in no rush to lift the benchmark interest rate off of the record-low, and the BoE may merely attempt to buy more time at the next policy meeting on August 3 amid the growing uncertainties surrounding the U.K. economy. At the same time, heighten concerns of a credit-rating downgrade may continue to sap the appeal of Sterling as Prime Minister Theresa May struggles to form a coalition government, and the pound-dollar exchange rate may continue to drift lower over the near-term as it searches for support. 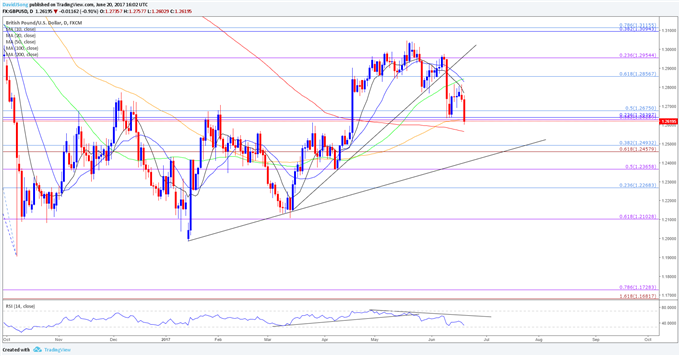 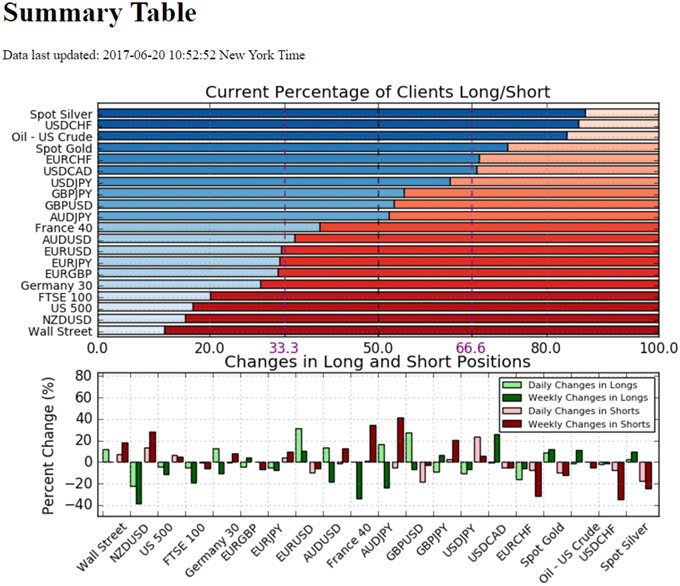 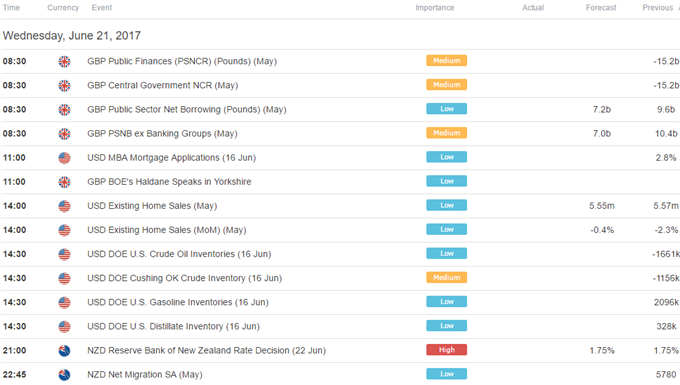