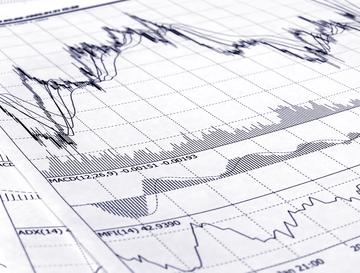 AUD/USD Resilience to Persist; Eyes 2017-High Ahead of RBA Minutes

- AUD/USD Resilience to Persist; Eyes 2017-High Ahead of RBA Minutes.

AUD/USD pares the decline following the Federal Open Market Committee (FOMC) rate-hike amid weak data prints coming out of the world’s largest economy, and the resilience in the aussie-dollar exchange rate may persist over the days ahead should the Reserve Bank of Australia (RBA) Minutes sway the outlook for monetary policy.

It seems as though market participants are unconvinced the FOMC will move again in 2017 as Fed fund futures now highlight a less than 50% probability for a December rate-hike, and the market reaction from earlier this week may continue to unravel as Chair Janet Yellen and Co. appear to be in no rush to unload the balance sheet. In contrast, the RBA may continue to change its tune as Governor Philip Lowe and Co. note that ‘the transition to lower levels of mining investment following the mining investment boom is almost complete.’ Like some of its major counterpart – such as the Bank of Canada (BoC) and even the European Central Bank (ECB) – the RBA may look to reassess its stance as ‘economic growth is still expected to increase gradually over the next couple of years to a little above 3 percent.’ In turn, the Australian dollar may work its way towards the 2017-high (0.7749) if the central bank shows a greater willingness to gradually move away from its easing cycle 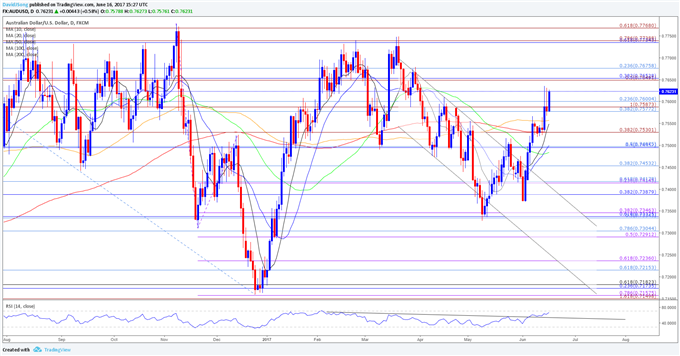 USD/JPY gives back the advance from earlier this week even as the Bank of Japan (BoJ) reinforces a dovish outlook for monetary policy, and the pair may continue to consolidate over the coming days as market participants mull the fresh developments coming out of the major central banks.

Despite the 7 to 2 split to preserve the current policy, the majority seems to have no intentions of moving away from the highly accommodative stance as the central bank struggles to achieve the 2% target for inflation. With that said, the BoJ appears to be on course to retain the Quantitative/Qualitative Easing (QQE) Program with Yield-Curve Control throughout 2017, and the deviating paths may continue to instill a long-term bullish outlook for USD/JPY as Governor Haruhiko Kuroda emphasizes the central bank ‘will debate an exit strategy only after 2 percent inflation is achieved and price growth stays there stably.’ 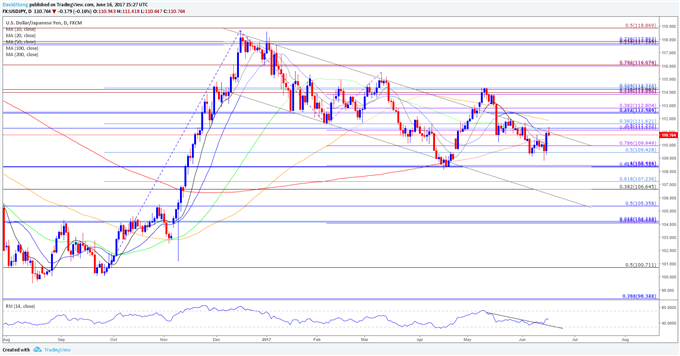 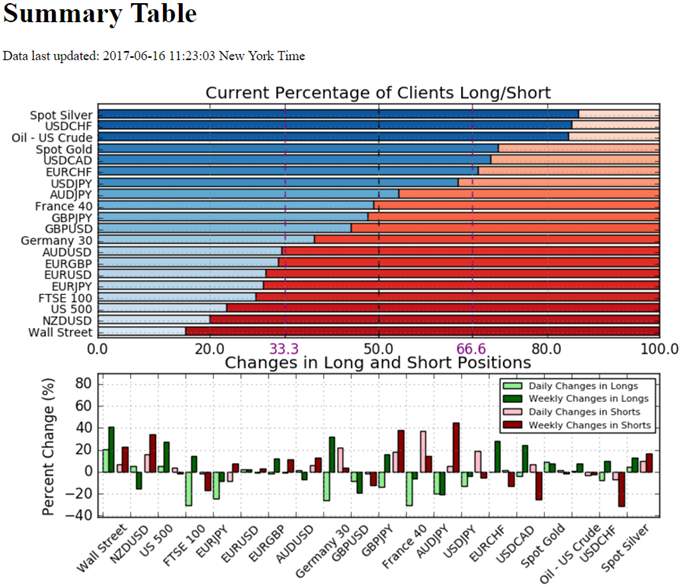 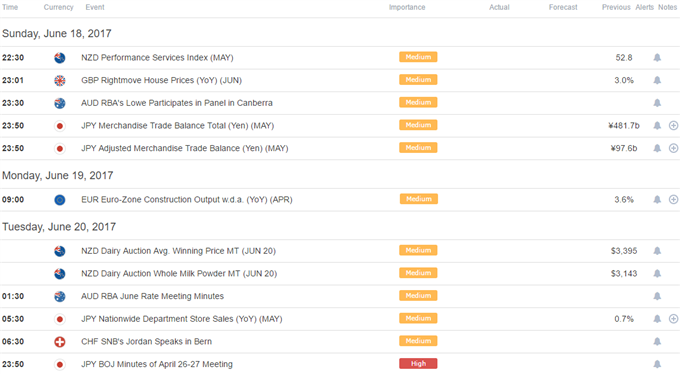